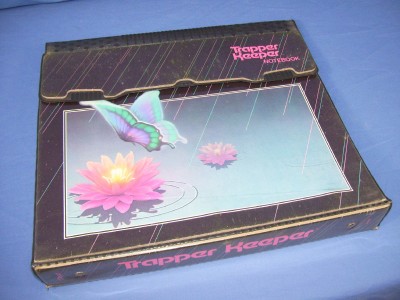 Like dolphins and unicorns, butterflies exist mostly to show artists what to draw on Trapper Keepers.  As such, you wouldn’t expect there to be a major difference between the genders.  Natural selection should be working hard to keep all butterflies at maximum cuteness.  Yet selection giving the males a slight advantage in the arms race to the Lisa Frank drawing board, and scientists want know why.

For example, the male Leilia Empress butterfly, shown on the left below, is definitely trumping the female in at least a few of ethologist Konrad Lorenz’s criteria for cuteness.  Not only is he smaller and prettier, he has bigger eyes.  Butterfly males have eyes 10-40% larger than female eyes, which is especially prosh given their small body size.

Though most people agree that large eyes are nature’s way of telling us who the star of a Japanese cartoon is, scientists since the 70’s have been revisiting this eye discrepancy from a morphological point of view. 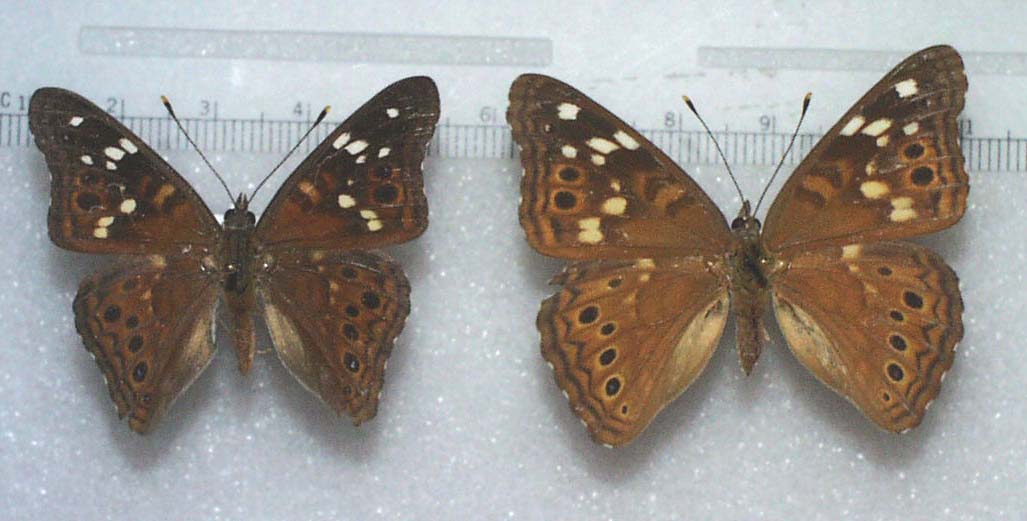 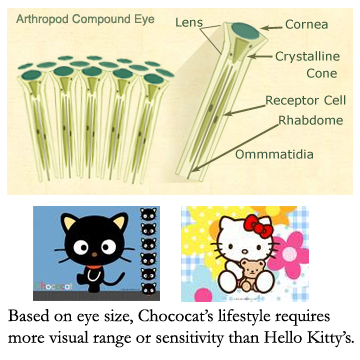 Big eyes mean more room for sensory features.  As we know from The Fly, insects have compound eyes.  Each facet of the eye includes a light-sensitive lens.  A larger lens is more light-sensitive, so insects with large lenses have better resolution than those with small lenses.  But since each facet captures an image from a particular angle, insects with more facets and lenses have an improved visual range with less blind area.

An insect with a larger eye has extra space which can be used either for larger lenses or more of them. Figuring out the upgraded features in a male butterfly’s eye would tell us quite a bit about how his vision needs differ from a female’s, and thus how his lifestyle is different.

Large lenses in insects are often correlated with mating practices.  Insects that use visual cues to find mates need sensitive eyesight.  The male Empress Lelia butterfly fits this mold—he tends to wait inconspicuously near a food source, watching until a female happens by.  In the cool morning they perch on the ground, looking upward for passing females.  But as the ground warms they find a cooler vantage point in a plant, sitting at eye level to a female.

His eyes tell us a similar story.  On average, he has no more lenses than the female—he might even have less.  His average lens size is indeed larger.  But the biggest connection to his mating practices is the lens size distribution.  The male Empress Leilia butterfly's large lenses aren’t everywhere—they are concentrated in the dorsal and frontal region of his eye.  His eyes are most sensitive looking upward and horizontally, the two directions where he expects to find a mate.

So the male butterfly does appear to use his sensitive eyes to find a mate, though perhaps not in the same way as fellow school supply pinup Johnny Depp. 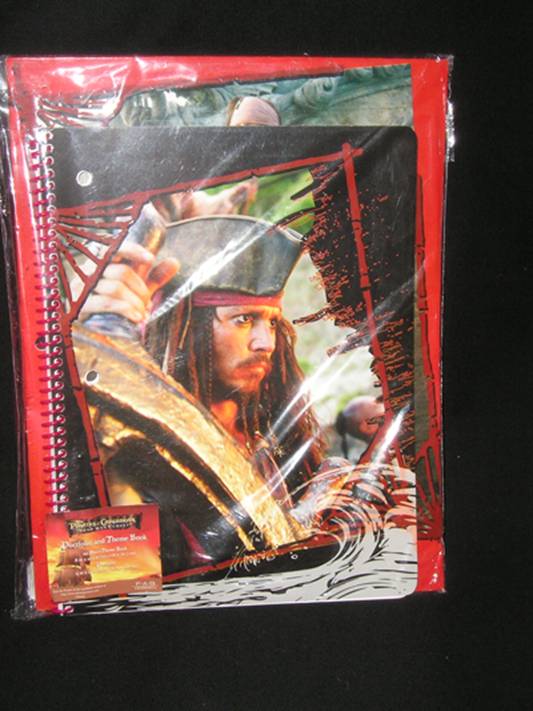