Stephanie Pulford
"When people live where the weather is colder and they are more covered with clothing, they depend on their diet for their vitamin D," reports Raymond Hobbs, MD.  Dr. Hobbs’ study in the January/February issue of Endocrine Practice reveals that Detroit-area Arab-American women who wear the hijab, modest dress with headscarf, receive approximately half of the vitamin D of their western-dressed Arab-American neighbors. 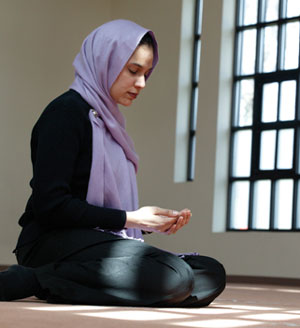 Hypovitaminosis D, or vitamin D deficiency, is associated with bone fractures, osteoporosis, neurological disorders, cardiac events, and even diabetes.  A mere 30 ng/mL concentration of vitamin D is considered healthy.  The conservatively dressed women in Dr. Hobbs’ study presented concentrations of only 4ng/mL, versus a still-paltry 8.5ng/mL in their western-dressed counterparts.

They’re not alone.  Studies in other regions of the United States showed average adult vitamin D levels hovering around the between 15 and 25ng/mL, with vastly better levels in the summer.  In temperate locations like the Sunshine State, the prognosis was slightly better.  Levis, et al reported vitamin D levels higher than 20ng/mL in Floridans.  But across the board, women lagged behind men.  This is especially alarming given the risk of infant bone muscle deformities related to low maternal vitamin D.

The prevailing attitude among researchers is that a little sunshine could do us all a lot of good. This doesn’t negate the need for sunblock, but keeping it to the lowest necessary SPF helps to retain the sun’s beneficial effect.  Artificial sun in a tanning bed has a similar effect.  A good sushi dinner is another popular recommendation.  Oily fish such as cooked or uncooked salmon can provide a full day’s supply of vitamin D in a single serving.

Barring that, there is vitamin D fortified milk and orange juice, or good ol’ dietary supplements.  "Our findings are consistent with those of similar studies in other parts of the world and underscore the point that there are pockets of
individuals who are at risk for culturally mediated health problems," underscored Hobbes.   "We need to raise their awareness of this deficiency and to offer them options for increasing their vitamin D levels. A vitamin D supplement is a start."