The sci-fi comedy "Back To The Future" is a seminal piece of modern cinema. Like "Blade Runner" (and unlike most movies of any kind, much less science fiction, where special effects are important) from the same period, it holds up really well.

Its sequels, "Back To The Future II" and "III" were the first instance of sequels being filmed at the same time. To fans of the original, that smacked of disaster, because it meant the natural creative process wasn't taking place and we would likely have the tone and charm of the first be replaced with time travel plot gimmickry (1), which is exactly what happened. Back then, people were so down on  "Back To The Future II" that "Back To The Future III" came across as being better, but with the benefit of hindsight II did looks pretty good today.

No one talks about III these days but II is part of the lexicon because we were clearly moving toward 2015; everyone has asked when we will get our hoverboard, and where's our retractable clothing? I eat breakfast at "Mel's Diner", which is stuck in the '50s, but we have no Reagan-themed diner. The giant flat screens are actually eponymous, so that is something. (2)

Dr. David Brin answered the questions about why we don't have hoverboards for our spot on Larry King's Ora TV:

But here is one BTTF II style effort we can all emulate: two neckties. 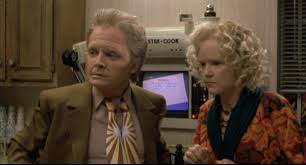 Now, you may see me on the street and think "Two neckties? What a dork!" but I gotta tell you, any alien coming down from space and seeing even one necktie and asking what evolutionary or reproductive purpose it serves would get a big fat nothing for an answer. They are useless fashion appendages. So one is not superior to two.

Thus in honor of the Marty McFly of 2015, who had clearly been beaten down by life in the movie, here is me showing my support: 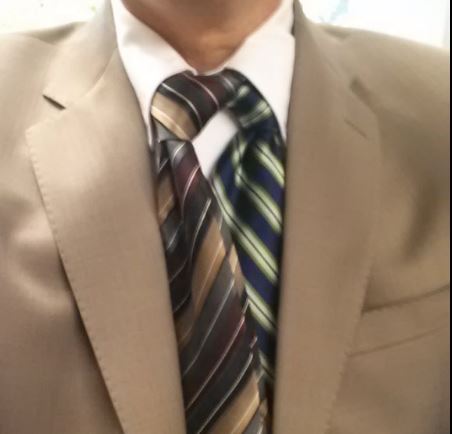 (2) Pepsi has created a "Pepsi Perfect" drink for the event, which was in the sequel, replacing "Tab" from the original.