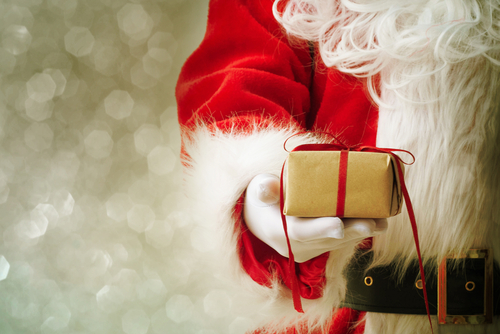 It's the time of the year when there are jokes about politically correct people demanding equal time for a Festivus pole on the steps of City Hall and pundits on the other side are scourging culture for the fact that we have any religious events at all.

Though atheists may lament that America is too religious, that is only true in their subjective sense, the same way someone on the far left fringe at SourceWatch or U.S. Right To Know (which is all of them) would insist Science 2.0 or American Council on Science and Health are too right wing by being in the middle. On the other side, religious people say America is far more secular, and they actually have a more convincing argument, at least when it comes to our biggest holiday, which is Christmas.

A Gallup poll shows 95 percent of Americans will celebrate Christmas but, for most, religion will have little to do with it. It will instead be about presents - Americans who were once sold on the morality of Christian values at Christmas have now been sold on the morality of 'giving.' That kind of Christmas is a natural evolution in a culture where late November means Giving Thanks for the stuff we have and then rushing out to buy new stuff on sale.

All is not lost for the religious side. 51 percent of people say the holiday is "strongly religious" and even more will go to church, but even church attendance has become secular. 62 percent of Americans say they attend church services at Christmas and that number is down from the past, but also dramatically changed. It was once the case that some Catholics went to church on Christmas Eve and heavily Protestant America instead went on Christmas Day, but there has now been a huge jump in services and attendance for the night before Christmas. Christmas Day itself is instead about presents and going to see the new Star Wars movie or whatever Will Ferrell is in this year.

On the really secular side of Christmas, the giving of gifts from Santa, the change is even more dramatic. 93 percent of people will do that, so secularizing the holiday has been good for business. Even 80 percent of non-Christians engage in giving gifts at Christmas or getting together with family and friends to celebrate. So Christmas is as strong as ever, it just isn't a Christmas that has a lot to do with religion.
Science 2.0
More Articles All Articles
About