Hank Campbell
In late 2008, the euphoria over electing a man who specifically said he wanted to put science back in its rightful place began to fade. The president-elect, it seemed, preferred the company of UFO believers, an anti-vaccine conspiracy theorist and a guy who thought girls couldn't do math.

Then we got his pick for Science Czar, Dr. John Holdren, and no one else noticed. Science media is somewhere in the same cultural sphere as Republican National Convention delegates in their willingness to support their candidate no matter how bad things appear(1), so while I noted that Holdren was a population bomb believer who advocated forced sterilizations and a New World Order in order to make it happen, very few other people were concerned. They were just happy President Obama was going to lift a ban on human embryonic stem cell research that didn't actually exist.(2) 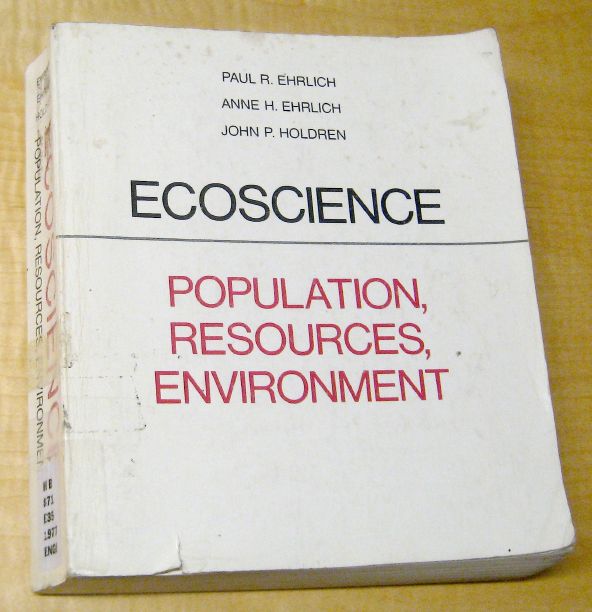 Five years later, Dr. Holdren is still with us but he has found a way to reconcile his 1960s and '70s Doomsday Prophecies with the world of today - we would be in that Ice Age predicted in the 1970s except for anthropogenic (3) CO2, he said in a White House video.

In the early days of global warming, I used to joke about that. In meaningful geological history, I noted, 90,000 out of every 100,000 years have been ice ages so we are 2,000 years overdue and had better hope global warming stays. Now that Dr. Holdren seriously seems to believe that, I need to make it clear I was kidding or he might just write another book with fellow Doomsday Prophet Paul Ehrlich.

In "Open For Questions with Dr. John Holdren" a Facebook commenter asks a fairly softball question, if and how humans are affecting the climate, and instead of just answering it the way rational scientists would he goes all eugenics on modern climate science, takes us back to the 1970s kind, which logically leads the public to believe the policies of his boss are hurting business and actually helping no one - because global warming is preventing the new Ice Age.

"In their current phases, moreover, they would be gradually cooling the earth – taking us to another ice age – if they weren’t being more than offset by human-caused warming.”

Yes, Dr. Holdren says our global warming 'pause' is just climate change fighting off the Ice Age. Global warming is our friend. Well, order my Escalade then, I care about the environment too much to want Fresno to look like Alaska.

Throw on some custom 22s, also. The crisis is over.

(1) Much as virtually no one else in American science media noticed Senator Obama saying, "We've seen just a skyrocketing autism rate. Some people are suspicious that it's connected to the vaccines. This person included. The science right now is inconclusive, but we have to research it." It was absolutely not inconclusive by 2008 but he was trying to get elected, and there is a reason that left-wing California leads the US in "philosophical" vaccine objections, so undermining them was probably a good idea in 2008.

(2) Well, he did lift the ban that didn't exist but he still has to obey President Clinton's Dickey-Wicker law, just like Bush - the president blamed for "the ban" - did. We have a few more hESC lines than we had then, though he still bans Somatic Cell Nuclear Transfer despite the research desires of scientists in a way that hESC bans never existed - no federal money can be used for SCNT at all.

(3) Anthropocenic? Anthropomorphic? Whatever, you caused it with your car, though apparently Chinese cars do not, since America recently signed a separate peace with them that allows the Chinese to emit unlimited pollution until 2030 while we cut ours drastically.