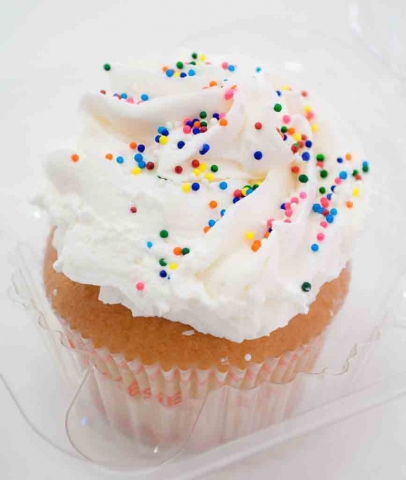 Both literally and figuratively, our rationality is what makes us human. It is what separates us from our pets, right? Yes, but in many ways we are a lot less rational than other animals, and we even strive to make our irrational aspects rational—which is not rational at all.

Science is inherently rational; it seeks to explain the world according to natural laws. We seek to understand things in our universe and whether they might help us or harm us. Sometimes we are wary because we understand risk, which is why we buckle our seat belts and keep poisons out of the reach of children. At times, it is also perfectly rational to be wary of things when we don't understand the risk. If I open my garage door tomorrow and a lion is sitting there, a rational biologist might note that lions don't just spontaneously generate—this one likely came from a zoo and is therefore tame. A rational sociologist might say we should not unfairly stereotype the lion and should get to know him before deciding if he is dangerous. Closing the garage door immediately might be, to them, irrational.

I am irrational about my food preferences, for example, or at least some people might think so. If I had my way, nothing that went into the mouths of my family would be grown, killed, cut, cleaned, processed, and cooked by anyone but me. That is not rational to most people, especially since I live in a city that has a Trader Joe’s and a Whole Foods. Yet even though I have specific beliefs about food, I have far more confidence in genetically modified foods than I do in anything 'organic' bought at a store or a farmer’s market—that is not rational to most people in the organic movement.

Writing our book Science Left Behind, my co-author Dr. Alex Berezow and I were surprised at how prevalent irrational arguments against science were. The genesis of these arguments (whether from conservatives or progressives) may have started out with something rational, but was then filtered through a worldview that opposed science. The “biologization of politics,” which seeks to ban GM foods, is rationalized using another aspect of being human—‘slippery slope’ thinking, the belief that one event will trigger a daisy chain of events that will be bad for us all. The combination of the precautionary principle and slippery slope thinking causes educated people who consider themselves scientifically literate to believe, despite evidence to the contrary, that they will be harmed if they eat a product that contains corn syrup that had a genetic modification in its corn.

To scientists, eating high-fructose corn syrup made from organic corn is a lot less rational than eating genetically modified corn itself. While a gluten-free vanilla cupcake at Whole Foods is required to carry no product or nutritional information, a regular cupcake mix you buy for your house would be required to have a GM warning label if California’s Proposition 37 is passed. People who let the precautionary principle hold the world back also initially denied us germ theory, vaccines, domestic agriculture, and even computers. The same mentality that insists they are not anti-science but anti-corporation distrusted computers in the 1970s, claiming that computers were simply a way for giant corporations to get richer. Who argues today that computers and the Internet only benefit corporations? Who is trading in their iPad for a vacuum-tube mainframe just because that is how they did it in olden days?

So it goes with food and a rational approach to agriculture. Precisely-controlled modifications are far superior to the random ones nature gives us in the form of high-energy cosmic rays. Relying on supernatural games of chance is not the way to get progress in society and feed the future. And yet, we inherently irrational humans continue to do it—perhaps we always will.

This article was originally published in edited form on BeingHuman.org
Science 2.0
More Articles All Articles
About