The rationale often given for converting to healthy habits has been to give you a longer life.  Who better to know about long lives than those that are closing in on the big 100.  The U.S. Census Bureau estimates there were nearly 425,000 people aged 95 and older living in the U.S. in 2010 − still only a small percentage of the 40 million U.S. adults 65 and over.

What’s their secret?  Are they non-smoking, teetotaling, vegan marathon runners?  Not exactly, according to researchers at the Institute for Aging Research at the Albert Einstein College of Medicine. 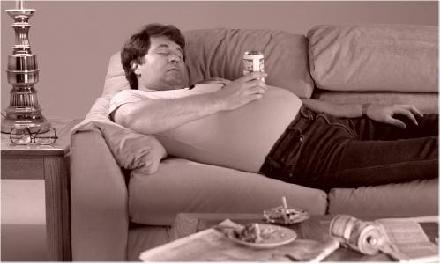 They interviewed 477 Ashkenazi Jews who were 95 and older (95-112, 75 percent of them women), and participating in Einstein's Longevity Genes Project.  The Ashkenazi descendents are more genetically alike, making it easier to control genetic differences.  The group was asked about their living habits back when they were 70 to get an idea of their daily lives that got them this far.  Questions about alcohol and tobacco use, their diet, and how much they exercised helped paint a picture of environmental factors that influenced their health.

Next, Dr. Nir Barzilai and his team compared the test group with 3,164 people with similar birth years who had provided similar data in the National Health and Nutrition Examination Survey (NHANES 1) back in the early 1970s.

Surprisingly, there was little evidence that living to a ripe old age required following all of the recommended rules.  Only 27 percent of the elderly women ate a low-calorie diet in their earlier years, matching an equal percentage of women in the larger population.  In the bigger group, 22 percent of the men drank alcohol daily, but so did 24 percent of the old guys.  It must be exercise, right?  Nope, only 43 percent of the centenarians reported regular moderate workouts compared with 57 percent of their comparison counterparts.

Dr. Barzilai did find one factor difference, obesity.  While the older population was just as likely to be overweight as the others, it was rare that they were obese.  Only 4.5 percent of the males and 9.6 percent of the females were severely overweight, compared to 12.1 percent and 16.2 percent of the large control group, respectively.

So, if its not all of that “nurture”, then it must be nature or genetic differences that account for the 100 birthday candles.

"In previous studies of our centenarians, we've identified gene variants that exert particular physiology effects, such as causing significantly elevated levels of HDL or 'good' cholesterol," said Dr. Barzilai, who is a professor of medicine and of genetics at Einstein. "This study suggests that centenarians may possess additional longevity genes that help to buffer them against the harmful effects of an unhealthy lifestyle."

That’s it, then, we can all go out and party this weekend, since we have no control over which end of the gene pool we were thrown into, right?  As retired football coach and ESPN analyst Lee Corso likes to say, “Not so fast, my friend.”

"Although this study demonstrates that centenarians can be obese, smoke and avoid exercise, those lifestyle habits are not good choices for most of us who do not have a family history of longevity," said Dr. Barzilai. "We should watch our weight, avoid smoking and be sure to exercise, since these activities have been shown to have great health benefits for the general population, including a longer lifespan."

Then again, maybe life after 90 isn’t all that it’s cracked up to be.