Danna Staaf
I've seen cephalopods pop up in a few video games here and there, but The Game Bakers' Squids is the first one that looks both adorable and fun enough that I want to play it. (Which is a big deal, for me--I don't make time to play video/computer games the way I used to. Though, there was that time a few months ago when we had some friends over and played through the original 16-color version of Monkey Island . . . )

Anatomically, I'm impressed. Although the Squids only have four appendages, two of these are extremely stretchable (game play involves snapping your squids around like rubber bands) so it's just a simplified version of the eight arms and two stretchy tentacles of real-life squids. After all, we don't complain about artists knocking off one of four fingers on humans, but it would look weird if they got rid of the distinctive thumb.

And the mouth is correctly invisible, hidden between the arms! Which is something even Pixar couldn't get right. 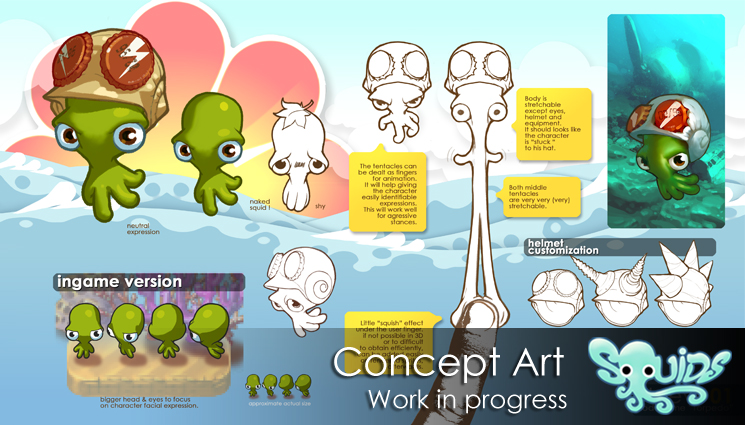 Too bad I don't have an iPhone. But at least they've promised to release it for Android "soon after."