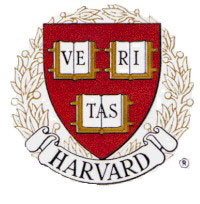 Kelly
Dakin
Imagine for a minute that you are a zookeeper. One day while inspecting your prized lizard exhibit you make a startling discovery: your rare female Komodo dragon has produced a clutch of viable eggs --despite never having contact with a male dragon. “What’s going on here!?” you wonder. Well, the staff at two European zoos encountered this scenario recently. Their findings led to the discovery that the endangered Komodo dragon is capable of reproducing asexually, making it the largest vertebrate animal known to reproduce in this way.

Vertebrate animals usually reproduce sexually, generating offspring through the fusion of male and female gametes (the egg and the sperm). However, some species have evolved an alternative to sexual reproduction. In fact, females from over 70 vertebrate species, including some snakes, birds, and small lizards, are capable of producing viable embryos without male fertilization. This phenomenon, known as parthenogenesis, patently contradicts some long-standing notions about what (or who) is required for animal reproduction. But it turns out that the ability to reproduce asexually is more prevalent in the animal kingdom than previously believed. Interestingly, the biology behind parthenogenesis might inform scientific fields as diverse as reproductive biology, conservation biology, and even stem cell biology.

According to an article published in Nature in December 2006, within one year the only two sexually mature female Komodo dragons (Varanus komodoensis) in Europe, laid clutches of viable eggs-- despite having had no contact with males. One of the dragons, Flora, was born in captivity and lives at the Chester Zoo in the UK. Even before her eggs hatched, researchers were able to analyze the genetic make-up of the embryos after a few of the eggs collapsed prematurely. They used genetic fingerprinting, the same technique that is used in human paternity tests.

To determine paternity--for humans or Komodo dragons--one of course needs to look at the DNA—and specifically at the less than 1% of DNA that differs between individuals of these species. Genetic differences are mainly found in so-called “junk regions” of DNA that do not contain known genes or other important regulatory elements. Unlike in the gene-rich regions of DNA, variation in “junk regions” can persist and accumulate through the generations because it does not affect the survival of the animal. Scientists can assess the degree of relatedness between individuals by comparing the genetic code at some of these sites in the genome. In the case of the Komodo dragons, a few blood samples were all that were required for researchers to confirm that the embryos had no father.

Although the offspring that result from parthenogenesis, known as parthenogens, have only one parent, they are not clones of their mother. This is because initially the unfertilized egg contains only half the number of chromosomes as the mother (the other half would usually come from the sperm). However, for reasons still not understood, the egg’s half-set of chromosomes can double to supply a full complement of genetic material.

Komodo dragons are native to Indonesia and are increasingly under threat as wild populations become smaller and more fragmented. It is estimated that only 4000 Komodo dragons remain in the wild, of which perhaps fewer than 1000 are mature females. Fragmented populations make successful matings more difficult and decrease genetic diversity because the dragons have fewer potential partners and the potential partners they do encounter might be close relations.

On the face of it, one might think that the ability to reproduce by parthenogenesis would be advantagous to an endangered species in need of bolstering its numbers. After all, if females can lay viable eggs without mating, that should speed along reproduction and produce more animals, right? But it turns out that in reality the situation is much more complex. For one thing, remember all the offspring produced by Komodo dragon parthenogenesis are male, and a breeding population skewed toward males is not terribly helpful when you want to boost the birth rate.

There is another reason that parthenogenesis could actually hamper conservation efforts: parthenogenesis decreases the genetic diversity of the population, making it more vulnerable to infection and disease. Although parthenogens are not clones of their mother, they are not as diverse as sexually produced offspring that carry two differing sets of chromosomes. After all, the ability to combine the genes of two different individuals is one of the main advantages of sexual reproduction and one of the reasons that it has been such a successful strategy for so many organisms.

Although 0.1% of vertebrate species are known to be capable of reproducing by parthenogenesis, no mammals are known to reproduce in this way. However, mammalian eggs, including those of human females, can spontaneously activate. When this occurs, the egg divides as if it had been fertilized, but the incipient embryo fails to progress past a very early stage of development. Scientists have determined how to activate unfertilized eggs in the lab and the hope is that they might be able to generate stem cells from these dividing eggs. Because there is no evidence that an unfertilized mammalian egg can become a viable embryo, some researchers see the development of stem cell technology based on the activation of unfertilized eggs as a way to develop stem cell therapies without becoming ensnared in the ethical tangles commonly associated with embryonic stem cells.

As this research progresses, researchers envision that, for example, a young woman with type 2 diabetes would be able to use one of her own unfertilized eggs to generate compatible stem cells capable of regenerating the insulin producing cells in her pancreas.

Flora, the Komodo dragon, is not concerned with the potential clinical benefits of studying parthenogenesis. As a new mother she has her hands (claws?) full with her brood of boys, while simultaneously giving new meaning to the term “single mom”.