Can Christmas be about gender? Apparently so, if the paucity of female Santas is anything to go by. There have, in fact, been cases of Australian women donning the secular red and white Santa attire as far back as 1930 — and there is no reason why we couldn’t have more female Santas today.

In 1935, Queensland’s Daily Mercury reported on aviator Nancy Bird Walton, “The Angel of the Outback”, piloting a female Santa Claus into the north-western corner of New South Wales. 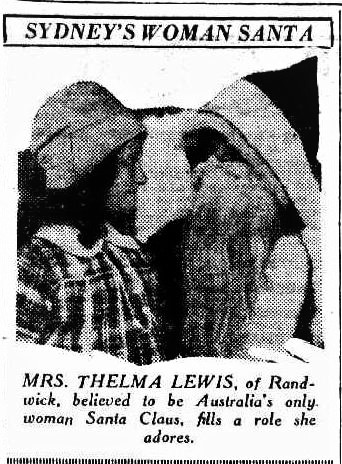 Bird was a volunteer with the Far West Children’s Health Scheme, flying nurses to remote parts of Australia, and transporting patients. “A girl was the first Father Christmas for the isolated area,” the article noted.

Before Bird, in 1930, the Daily Pictorial had published a photo titled: “Sydney’s Woman Santa”. The caption described, “Mrs Thelma Lewis, of Randwick, believed to be Australia’s only woman Santa Claus”, filling a role she adored. 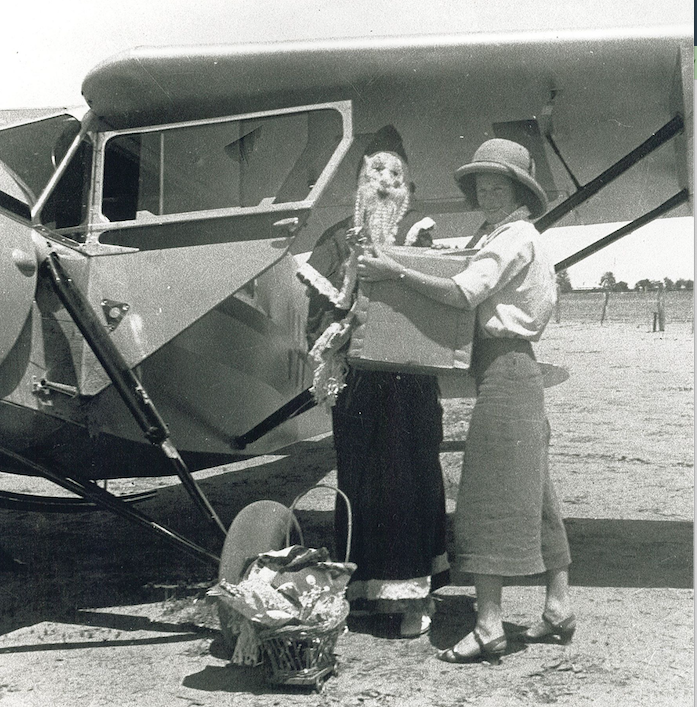 These cases from 1930s Australia provide a glimpse of women breaking the rules of socially accepted female behaviour. (Bird was temporarily suspended from flying in 1935 when a state politician pronounced ladies were not “biologically suited” to the activity).

During the second world war, as with the first, women assumed male roles out of necessity. This included donning a Santa suit. In 1942, Perth’s Daily News reported: “Female Santa Claus this Year”. The article read:

There will be a subtle change in the person of Santa Claus this year. He will probably be slimmer and smaller, and he probably won’t talk, because his voice won’t be quite as deep as it should be. Mother will have the difficult job of deputising for Santa Claus this year, as most fathers in camp and on ships will not get leave.

Women stepped in during wartime in the United States too, although the response was not as pretty. A 1941 article in the St. Louis Star-Times, insisted

There is one male domain, however, that should be defended at all costs … A woman Santa Claus? Heaven forbid! That would be stretching the credulity of guileless little children too far.

Despite the grumbling, American women continued to play Santa during the war years, often with little protest.

In Australia, the practice also continued after the war. On December 10 1949, Brisbane’s Courier-Mail reported on a “Mother Christmas” who visited children at a childcare centre.

The story was titled, “Santa Was A Lady”. The caption for the photograph read, “Woman invaded man’s realm yesterday when a Mother Christmas (Mrs. E. J. Lewis) operated at Kurilpa Child Care Centre. She got the same glad welcome that Father Christmas gets.”

In 1950, meanwhile, a “Glamorous Girl ‘Santa’” cycled into the Christmas party at Freidelle’s, a Wollongong-based manufacturer of children’s clothes. The reporter described her arrival thus:

Furiously riding a bicycle, and with scant consideration to traffic regulations, the ‘Girl Santa’ arrived on the scene at Freidelle’s Xmas Breaking-up party on Thursday and challengingly announced ‘Well, here I am!’

Freidelle’s employed women and was one of the main industries in the region to provide jobs for migrants. In such a context, its female Santa seems to have made sense.

In the final decades of the 20th century, there was more resistance to female Santas. In Australia, Santa became a bloke again. In the US, the few women Santas working in department stores were either sacked or encouraged to seek alternative employment.

In 1999, a female Santa sued a Walmart in Louisville for unfair dismissal after a customer complained it was a man’s job. She lost.

But the tide may be turning as we settle into the new millennium. In 2018, in Gisborne, New Zealand, Santa was a “female, regional, Maori, queer”. Also in 2018, in Park City Mall in Lancaster, Pennsylvania, “Tranta Claus” (a transgender Santa) came to town.

The future of our beloved Santa — the guy in the red suit originating from the story of St Nicholas in fifth century Turkey — may be increasingly contested. And with older, overweight men said to be at a higher risk of catching coronavirus, now is the time to rethink the notion of who can play Santa. 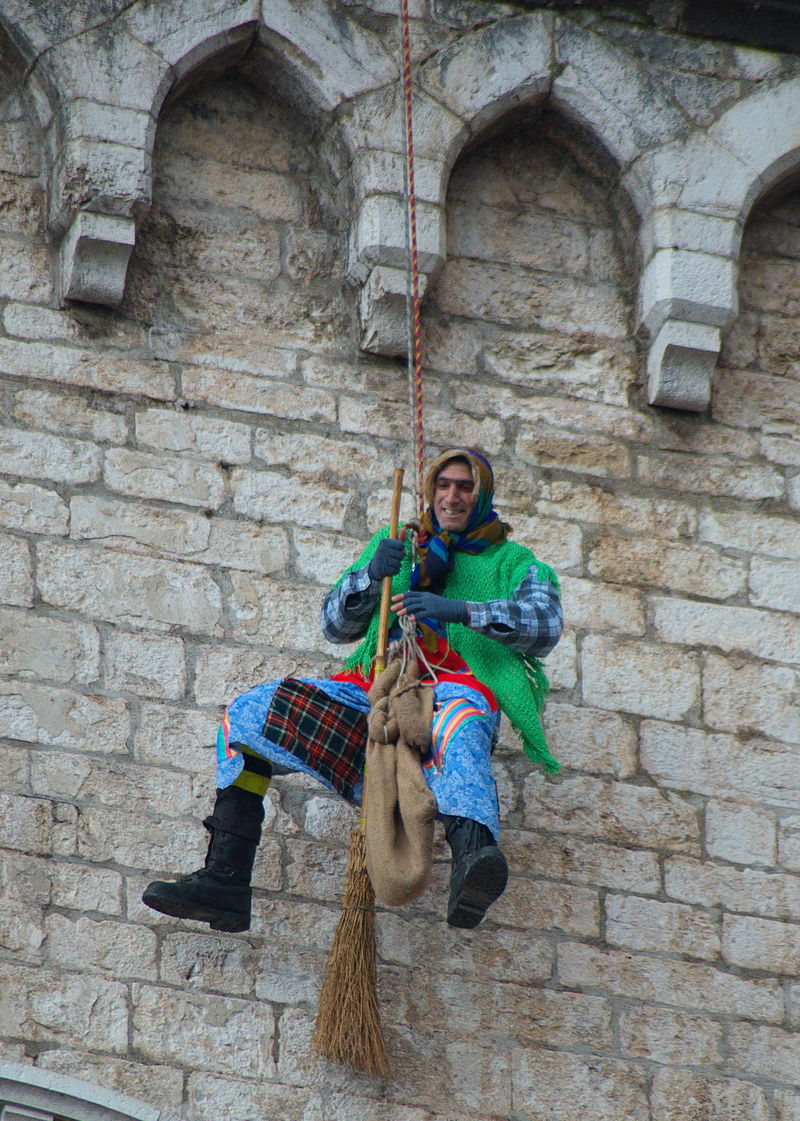 A firefighter in the role of the Befana descends from the Palazzo dei Consoli in Gubbio (2011).

Gender switches at Christmas are really nothing new. In Italy, the Christmas tradition of a magical being bearing gifts has been part of culture for hundreds of years in the form of a folkloric witch called The Befana.

First recorded in a poem in 1549, the Befana is old, rides a broomstick, carries a sack full of treats (and coal), and wears a black shawl and either a headscarf or tall hat. Like Santa, she enters homes via chimneys, filling the socks or stockings of children with gifts

Male cross-dressing is part of an age old tradition of pantomime throughout Europe, prevalent around Christmas. So in Italy, the Befana is often performed by men donning female attire.

By Marguerite Johnson, Professor of Classics, University of Newcastle. This article is republished from The Conversation under a Creative Commons license. Read the original article.