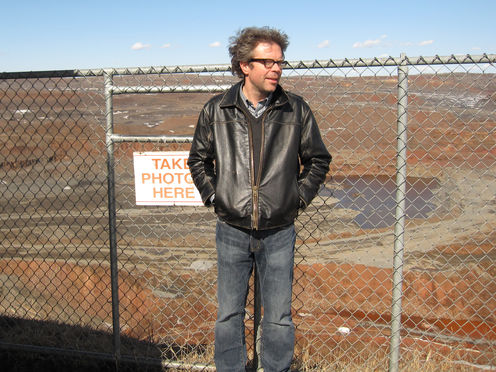 Why do discussions of creative genius so often happen about white male writers such as Jonathan Franzen? AAP Image/Harper Collins

I recently watched Salinger (2013), the documentary about the late American writer J.D. Salinger, famous recluse and author of The Catcher in the Rye. In it, the word “genius” was bandied about often and with adulation. Yet, it’s a term applied most emphatically to male authors and not female ones.

A claim on greatness?

Yes, a few women are thrown in the mix, but the longer the list, the smaller the percentage of female writers becomes. The only list I could find where female writers outnumbered male writers was on Buzzfeed’s 33 Literary Geniuses Who Happen To Be Super Hot.

In literature, genius has been typically aligned with the literary canon, as formulated by F.R. Leavis in The Great Tradition.

Since the 1970s, however, the canon has been critiqued by academics, philosophers and writers for privileging certain kinds of novels which reflect a narrow field of experience.

Marxists, feminists, queer theorists and post-colonial theorists have been vocal about the fact that Leavis’s idea of great literature is overwhelmingly white, middle class, heterosexual and masculine.

Yet, even within the academy, certain footholds of white, male, heterosexual privilege remain. One only has to look at American literary critic Harold Bloom’s book Genius (2003) to see how deeply ingrained this idea of literary greatness remains.

Outside the academy we can see this prejudice in the ways in which book awards and reviews are meted out to contemporary authors, or in the narrowness of books chosen to be taught in our schools.

While I would argue that all minorities are mistreated by these prevailing ideologies, my concern as a feminist academic is primarily in the way in which “woman author” and “literary genius” are still seen to be incongruent terms.

In 2011, respected author V.S. Naipaul stated that no female writer’s work, not even Jane Austen’s, is equal to his own, due to women’s “sentimentality, the narrow view of the world”.

This view is not only shared among male writers like Naipaul and Bloom, but has been adopted by contemporary female writers such as Lionel Shriver (who publishes under the name Lionel, rather than her given name, Margaret Ann). Shriver criticized her fellow female writers, suggesting that “there continues to be a subtle self-ghettoisation among women writers, a reluctance to take on subjects on quite the same scale as some men do”.

These statements point to a binary by which the work of women writers is seen as sentimental, interior and domestic, while the work of male writers is seen as realistic, large and worldly. Even if this were true – and I’m not suggesting for one minute that it is – does that mean greatness only resides in certain stories?

In her essay, Women and Writing (1904), Virginia Woolf wrote:

when a woman comes to write a novel, she will find that she is perpetually wishing to alter the established values – to make serious what appears to be insignificant to a man, and trivial what is important to him. And for that, of course, she will be criticised.

Canadian author Carol Shields, the recipient of a Pulitzer Prize and the Governor-General’s prize (among many others) has written on her experiences of being reviewed. She recalls that literary critics and reviewers:

called me “a miniaturist,” said that I wrote “women’s books,” “domestic novels,” as if that were a lesser thing. But I knew then as I know now that the lives of women are serious and interesting.

In Siri Hustvedt’s novel, The Summer Without Men (2011), her protagonist points out the ways in which Jane Austen has been contested as a “serious” author:

She is accused of “narrowness” and “claustrophobia” and dismissed as a writer for women. Life in the provinces, unworthy of remark? Women’s travails, of no import? It’s okay when it’s Flaubert, of course. Pity the idiots.

Yet, domestic fiction written by men can be deemed to be genius – just ask Jonathon Franzen whose family dramas The Corrections (2001) and Freedom (2010) have earned him the mantle of “The Great American Novelist”.

when a man writes about things like doing the dishes, it’s realism; when a woman does it it’s an unfortunate genetic limitation.

One thing remains clear: any culture which routinely dismisses the work of half the population cannot be very bright.

Natalie Kon-yu , Lecturer in Creative Writing, Literature and Gender Studies at Victoria University, does not work for, consult to, own shares in or receive funding from any company or organization that would benefit from this article, and has no relevant affiliations.