Christmas and mistletoe: have you ever simply asked yourself … why? I have studied plant parasites like mistletoe for almost ten years, and I’m here to tell you that the answer is absolutely fascinating.

In Norse mythology, Baldur (younger brother to magic-hammer-wielding Thor), was the subject of a premonition from his mother Frigg, who could see the future: he would be killed. Frigg tackled this head on, extracting an oath from every object on Earth, to avoid harming her son. This was agreeable to all … except mistletoe, which was overlooked.

Loki, the god of mischief, exploited this loophole and used mistletoe to create a toxin-laced dart, giving it to Hod (blind brother of Baldur), who he tricked into killing Baldur. It turns out that Baldur was practically invincible at this stage, and got his kicks by letting the other gods shoot arrows and darts at him. Of course, he hadn’t factored mistletoe into his thinking.

The mythology scatters after Baldur’s death, but in many versions of the story, Frigg’s tears became the pearlescent berries of mistletoe, which were hung over doors as a reminder and mark of respect. 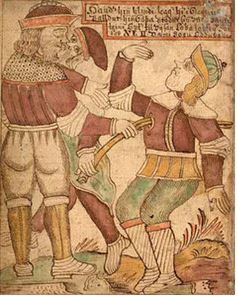 Other versions recount that the gods were able to negotiate Baldur’s release from Hel, the goddess of death. Frigg, keen to sweep her mistletoe faux pas right under the carpet, declared the plant to be a symbol of love rather than scorn, and vowed to kiss everyone that passed underneath.

It is thought that the Baldur incident, and later adoption of mistletoe as a symbol of fertility by Celtic druids, were responsible for the cultural collision of mistletoe with the modern day Christmas period, and its association with the act of kissing.

In the 1800s, the author Washington Irving wrote that “young men have the privilege of kissing the girls under [mistletoe], plucking each time a berry from the bush. When the berries are all plucked the privilege ceases.” The symbolism and act of privilege has become more nuanced since then, but the association remains.

As fascinating as the mythology and folklore around mistletoe might be, I’m actually much more intrigued by the biology.

Mistletoe is a parasite – it steals water and nutrients from trees. Technically, it is a “hemiparasite”, which means that it can generate some of its own resources through photosynthesis – it just needs that energetic kick from the sun to fuel the biological siege and subsequent invasion of the tree. It must breach the tree’s defences in order to complete its life-cycle. Once inside the host, the vast majority of the mistletoe’s energy requirements are met by resources stolen from the host tree.

Most mistletoe seeds are spread by birds, which eat the berries and defecate on tree branches. If attached to a new host tree, the parasitic seed releases a compound called “viscin”, which dries to form a stiff biological cement. Many mistletoes will wait until the following spring before they germinate, and the viscin cement ensures that the seed is in it for the long haul.

Some species of mistletoe spread their seed by wind, and some are even able to disperse them explosively. Water accumulates in the viscin cells of dwarf mistletoe varieties, building pressure on the inside of the berry until it reaches a threshold point, splitting the berry and blasting the seeds up to 15 metres away, at a velocity of 50km/hour – rapid!

Exploding seed pods of dwarf mistletoe growing on a pine tree in Oregon, US.

Whereas most plants grow towards the light, and use gravity to inform their growth patterns, mistletoe does its own thing, and grows away from the light (towards the tree). It also ignores gravity so that it can infect the tree in any direction. The parasitic mistletoe also responds positively to mechanical stimulation (touch), and will develop a special invasive organ called a “haustorium”, which it will use to invade the tree branch. Once the parasite is inside, it will manipulate the host tree, and steal all the resources that it needs to grow, flower and reproduce.

Although parasites are by nature extremely selfish in their actions, mistletoe also provides some useful ecosystem services by attracting and providing food for birds during the winter.

Few parasites enjoy the cultural celebration of mistletoe. But beware of any claims of its value as an alternative medicine – you should never consider self-medication with it, or any other “medicinal plant”. Always seek professional advice from your doctor.

Mistletoe does, however, contain compounds called “lectins”, which are being tested in clinical trials for cancer treatment. Even if the trials are successful, it could be some time before a safe form of therapy is developed. The berries are poisonous, so don’t eat them. Great for birds – not so great for humans. 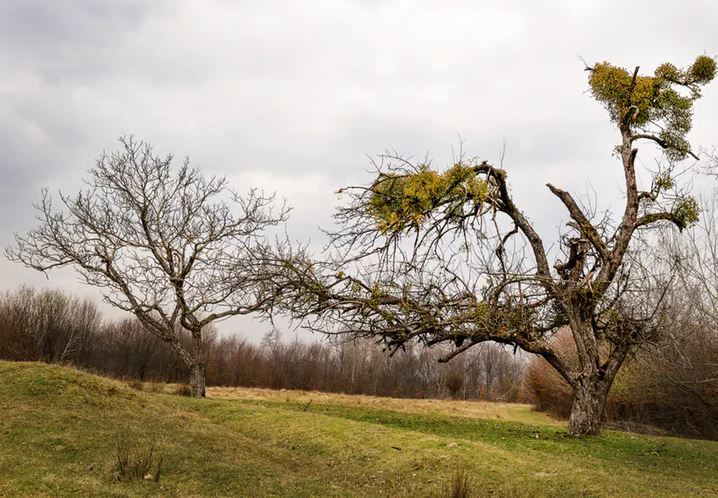 Mistletoe was also used as a symbol of fertility by the druids, almost certainly because it is an evergreen plant, which can blossom in mid-winter. As it lives on deciduous trees, the contrast of its fertility and growth relative to the defoliated and barren host tree during mid-winter is quite stark.

So there you have it. Christmas and mistletoe, a bizarre pairing of holiday and parasite, which emerged from a melting pot of traditions and worldviews. Merry Christmas, indeed!

By Johnathan J. Dalzell, Senior Lecturer in Plant-Parasite Interactions, Queen's University Belfast. Dr. Dalzell receives funding from The Leverhulme Trust, Bayer Crop Science, and the Department for the Economy, Northern Ireland. This article is republished from The Conversation under a Creative Commons license. Read the original article.