How Marijuana Use Affects People With Bipolar Disorder
By The Conversation | March 4th 2015 08:42 PM | Print | E-mail 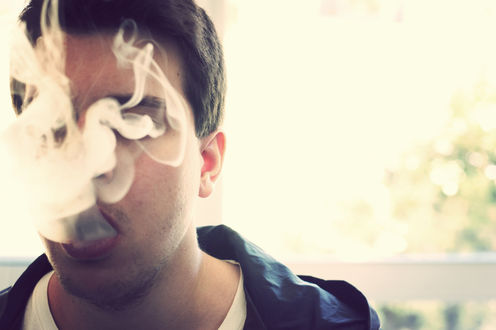 Rates of substance use are higher in people with mental health problems compared to the general population and particularly in people with bipolar disorder, with cannabis the street drug most frequently used.

Estimates suggest that up to 64% of this group have tried cannabis at least once in their lives, against about 30% of those without the disorder, despite only being about 2% of the overall population.

Specific reasons for the high levels of cannabis use in bipolar disorder are not yet fully understood. Retrospective studies (using case histories and qualitative interviews) suggest that individuals see cannabis as sometimes useful for managing symptoms of mania and depression. However, a number of large scale research studies have found that cannabis use is associated with significantly more manic and depressive episodes.

A study we published in PLOS ONE is the first to explore the use of cannabis in bipolar disorder in daily life. We used experience sampling methodology (ESM) which allowed us go beyond traditional assessments of mental health experiences which rely on using retrospective data, and which may be open to recall bias, where participants are asked to report on symptoms or substance use that has occurred in the past and where there can be differences between what occurred and the accuracy or completeness of the recollection. Twenty-four participants completed a paper diary about their emotional state and drug use at ten random points daily over a period of week. This enabled them to log their experiences in the moment before they forgot how they were feeling. We found that the odds of using cannabis increased when individuals were in a positive mood. Cannabis use was associated with a subsequent increase in positive mood and an increase in both manic and depressive symptoms.

The idea, then, that cannabis can be used to self-medicate symptoms of mania and depression was not revealed over the course of daily life. In fact, the study found that cannabis use may be further complicating their mood states. We need to find out whether these relationships play out in the longer term as this may have an impact on the course of the disorder in a person’s life.

People often find it difficult to reduce their substance intake and in addition to our findings, participants reported that they found recording a diary a useful and reflective tool to monitor their mood and cannabis use.

Anecdotally, a number of participants reported that tracking patterns of mood and cannabis use led them to question their substance use and in some cases reduce intake. It could well be an useful therapeutic tool, particularly with clients who are ambivalent about changing their drug use habits, providing insight into potentially unhelpful patterns of behaviour.

By Elizabeth Tyler, Research fellow at Lancaster University. This article was originally published on The Conversation. Read the original article. Top image credit: Rafael-castillo, CC BY