If Abortion Is A Choice Then Sex Selection Abortion Should Remain Legal
By The Conversation | January 26th 2015 04:50 PM | Print | E-mail 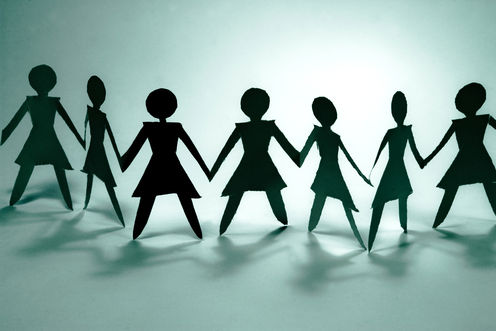 Opposing this law change is not anti-feminist. shutterstock

A campaign is underway in the United Kingdom to make it illegal to abort a child based on its gender.

Proponents say they are worried about women being coerced into terminating female fetuses and that action needs to be taken to stop discrimination against baby girls.

But this is a flawed argument. You cannot promote gender equality by enacting laws that place restrictions on women’s bodies. Banning sex-selective abortion opens up a world in which there is such thing as a “good” and “bad” reason for an abortion. What’s more, it implies coercion is a reproductive health issue rather than what it actually is – an act of domestic violence.

The truth about abortion law

The campaign to ban sex-selective abortions is currently focused on getting an amendment into the Serious Crime Bill. Conservative MP Fiona Bruce has tabled an amendment to the bill which has the support of more than 70 other members of parliament who want to see it fast tracked into legislation in the next few months. Contrary to popular belief, abortion is still a crime in the UK. The 1967 Abortion Act did not repeal earlier legislation that criminalized abortion. It does not give women the legal right to an abortion. Instead it provides a legal defense for the crime of abortion if the conditions of the act are met. Within the act, abortion was framed as a health issue and the legal defense of abortion is based on the health implications of pregnancy for both the woman and fetus.

So, for example, abortion will comply with the act if, in the clinical judgment of two doctors, continuing the pregnancy will pose a greater risk to a woman’s physical and mental health than if she terminated.

The act does not list any specific reasons, such as rape, where this might be the case. It therefore avoids setting up a list dictating the circumstances under which an abortion is “good” or “bad”.

Categorizing abortion by acceptable or unacceptable reasons needs to be avoided. As the evidence from elsewhere shows this can lead to simplistic judgments about women’s lives and behaviour. It might be agreed that being raped is a “good” reason for abortion, for example, but then there would need to be a mechanism to prove a rape took place.

Making abortion a health issue in the law also means that the decision is a matter between women and doctors. The views of their partners or wider families cannot be considered. Introducing a specific ban on sex-selection abortion will change this. Doctors would have to investigate family life in order to rule out this motive, eroding women’s privacy. This is not progress towards ending discrimination against women.

The main force behind the campaign to ban sex-selection abortion are members of the Pro-Life All-Party Parliamentary Group – of which Bruce is the chairwoman. Like all anti-abortion groups, its mission is to end abortion, not to promote women’s rights. In the UK, the majority of the population supports legal abortion, so rather than directly challenge abortion, pro-life groups seek alternative ways to restrict it.

This strategy is widely used in the US, putting onerous regulations on abortion providers that make running abortion services more difficult. This has led to clinics closing. Pro-life groups have successfully blocked access to abortions without having to directly ban abortion itself.

The same tactic is now clearly being used in the UK. If campaigners can restrict abortion for this reason, they will simply move to the next.

Women being coerced into terminating a pregnancy on the basis of the foetus’s sex is a serious issue. But we need to be clear that this is not a reproductive health issue, it is domestic violence.

In many cases, women living with this form of domestic violence will simply not disclose that fetal sex is the reason for the abortion. No doctor can legally carry out an abortion if a woman has not given her consent, so if a woman did disclose coercion it could not take place. Banning sex-selective abortion is highly unlikely to be the solution to this problem.

The supporters of this ban suggest that outlawing sex-selective abortion is sending an important message to specific communities that it is wrong to discriminate against baby girls. Yet it will do nothing to really help.

Although it may seem counter-intuitive, supporters of women’s rights need to oppose the banning of sex-selective abortion. This campaign has nothing to do with ending gender discrimination. It is a strategy of the pro-life movement to reduce women’s access to abortion more generally. While the continuing discrimination against women which leads to coercive abortion for gender reasons is a serious problem, you cannot end gender oppression by placing new restrictions on women’s lives.

Pam Lowe, Senior Lecturer in Sociology at Aston University, is a member of Abortion Rights. This article was originally published on The Conversation. Read the original article.