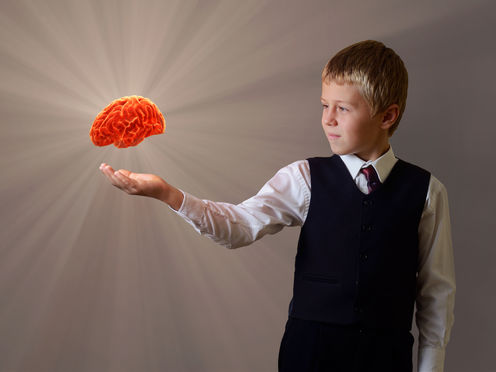 How children think about their own ability can affect their progress and achievement at school, according to a number of education scholars.

The work of Stanford University psychologist Carol Dweck and her concept of “mindset” has been particularly influential in the way teachers are trying to change their pupils' views of their own intelligence.

According to Dweck, people can be placed on a continuum based on their understandings about where ability comes from. Those with a fixed mindset believe “my intelligence is fixed and there’s nothing I can do to change it”, while those with a growth mindset see intelligence as malleable and something they can improve through hard work and effort. The theory does not deny there are differences between pupils – it’s about helping all pupils improve their performance, regardless of their starting point.

As part of an effort to see how these approaches work in the classroom, new research published by the Education Endowment Foundation (EEF) charity found that programs aimed at changing the way schoolchildren think about themselves and their intelligence need to be in-depth and sustained in order to make a measurable difference to their school results.

Pupils’ beliefs about themselves are reinforced by feedback, a part of teaching practice which is currently receiving a lot of attention. Feedback is top of the Teaching and Learning Toolkit, compiled by the EEF and Sutton Trust and a focus for Ofsted inspections.

Dweck noted that teachers often give pupils feedback to build self-esteem. But the common approach of praising a pupil’s intelligence can encourage a fixed mindset. Praising pupils instead for their hard work and engagement with the learning process can encourage growth, according to mindset’s supporters, such the UCL Institute of Education’s Dylan William.

Mindset has also attracted interest among those making education policy who are looking for ways in which schools can promote character and resilience.

Putting mindset to the test

The growing interest in mindset was behind the EEF’s decision to fund a team at Portsmouth University to deliver a classroom intervention testing its potential for wider use. My colleagues at the National Institute of Economic and Social Research and I acted as external evaluators, measuring the impact of the program on pupils through two interventions using randomized control trial (RCT) methods. The first involved Year 5 pupils attending six mindset workshops; the second involved two half-day training sessions for teachers of Year 5 and others in different schools.

When we looked at test results for English and maths completed a year after the intervention we found no statistically significant impact from either intervention. Pupils who took part in the mindset workshops did make an average of two additional months’ progress in English and maths, compared to those in the control group. However, the findings were closer to statistical significance for English, and not at all close for maths, meaning that we cannot be as confident that the maths results may not have just occurred by chance. Believe in yourself and get better grades? Maths homework via originalpunkt/www.shutterstock.com

Pupils whose teachers received the mindset training made no additional progress compared to those in control group schools, although they did show a better understanding of the malleability of intelligence. This was measured by their understanding of three statements written by Dweck, such as: “You have a certain amount of intelligence and you really can’t do much to change it”.

The findings might disappoint those who believe that mindset can help to improve pupil attainment, but the statistics don’t tell the whole story, and probably not even part of it. The qualitative research found that the ideas around mindset were well-received by teachers and pupils, who readily understood it and could easily incorporate it into teaching and learning.

But we also found that many of the schools, including those in the control group who didn’t have the interventions in this study, were already using aspects of the mindset approach. They hadn’t been using it in a concerted or focused way, but, to have an impact, the intervention needed to be more powerful than what was already in place. And this, we believe, was its limitation – this particular program just wasn’t sufficiently intensive or sustained to make a difference to pupil academic achievement.

Teachers themselves doubted that it would be possible to change pupils’ mindsets in the course of a year. Some commented that they had seen a difference in pupil attitude and performance, but that change is a long-term process. It requires continual reinforcement of mindset principles, both within the classroom, through whole school activities and also at home. It needs to be reinforced through regular teacher training and shared practice.

The lack of a measurable impact doesn’t mean the program made no difference, or that the mindset approach shouldn’t be used. What it suggests is that there’s not always a quick fix to the causes of pupil under-achievement. School interventions may need to be deep and sustained to change something as ingrained as children’s beliefs about themselves.

By Heather Rolfe. Principal Research Fellow at National Institute of Economic and Social Research. This article was originally published on The Conversation. Read the original article.Top image: www.shutterstock.com