Teachers Are Biased Toward Students Who Share Their Personality
By The Conversation | February 25th 2015 11:30 AM | Print | E-mail 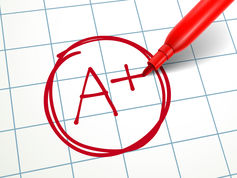 The more similar the personalities of teachers and their pupils, the more likely the teachers are to grade them highly, according to new research from Germany.

The findings again open up the debate around the subtle biases teachers have about their pupils and how important it is to try and minimize their impact on children’s progress through school.

Tobias Rausch from the University of Bamberg in Germany and his colleagues carried out an investigation with Grade 8 classes in Germany. First, they asked 94 teachers to rate their 293 pupils, aged 13 to 14, on reading comprehension and some areas of mathematics using a scale from one (very weak) to five (very good). The teachers were then asked to estimate if each pupil would get specific tasks in reading and mathematics correct or not.

Both the teachers and pupils also then completed a short personality questionnaire measuring the “big five” dimensions of personality: extraversion, agreeableness, conscientiousness, openness and neuroticism. Finally the pupils were given tests of mathematics and reading.

Their analysis did show a significant link between the overall ratings teachers gave to each pupil and their actual test scores. But they discovered that the degree of similarity between pairs of teachers and pupils helped to explain where teachers made overall judgments about pupils' reading and maths ability that were over and above the test scores. But, as Rausch and his colleagues had predicted, personality similarity did not add to teachers' ratings of competence on specific tasks.

This could be because global judgments tend to bring in extraneous factors such as personality whereas the specific judgments allow less room for manoeuvre.

Other researchers in the UK have been looking at the issue of teacher bias in recent years. Education researcher Wynne Harlen has been a great supporter of the view that we should trust and reply on teacher judgment. But it is to her credit that in 2005 she took a careful look at research into the area and wrote that “there was evidence of low reliability and bias in teachers’ judgments”.

In 2009, researchers Simon Burgess and Ellen Greaves also looked at teacher judgments at the end of Key Stage 2 in relation to ethnic minorities. They concluded:

We find evidence that some ethnic groups are systematically “under-assessed” relative to their white peers, while some are “over-assessed”.

Aware of our leanings

There are several implications of these findings for our education systems – the most obvious being that we should all aim to be aware of our biases and make corrections. This might be harder than it seems, as we make sense of the world around us by trying to simplify it and by categorizing.

As soon as we meet someone, we notice gender, age and ethnicity. When we start interacting with them, we pick up more information which helps us assess and categorise that person. This is essential: by understanding people we can interact with them better and, as teachers, educate them better.

But for every judgment there is baggage: girls are better at reading, Asians are better at maths, older people don’t learn languages as quickly and so on. While each of these generalizations have some validity, they are based on differences in very large samples and they are not valuable when we are dealing with individuals.

But this does not mean we should discard teacher judgment altogether. Judgment lies at the heart of good teaching and I would venture to suggest that the very best teachers are best at judging their students. For some things such as attentiveness, there is no alternative – they must be assessed by judgment.

Other things need to be assessed by judgment but in a controlled way. Essay writing is a case in point: the length of the essay and the title can be controlled while the marking can be constrained to make it as fair as possible. One important step, for high-stakes exams, is to ensure that the marker is “blind” to any characteristic of the writer.

This means substituting names for ID numbers as well as hiding the school name. Together they might give indications of sex, ethnicity, religious persuasion and social class.

There is an argument that even judgment-free tests are also biased. But modern psychometric tests have developed techniques designed to identify biased items and a well-constructed test should have had bias reduced to a minimum.

The inevitable bias of us all and the need to use judgments for some but not all assessments means that a one-size-fits-all solution to assessment would be wrong. I believe it would be unethical to insist, as some do, that young children must only be assessed by observation.

We need to choose the mode of assessment to fit the task in hand. When life-changing human judgments are needed, they need to come from several independent professionals ideally with similar personality, sex and ethnicity to the person being judged.

By Peter Tymms, Director iPIPS in the School of Education at Durham University. This article was originally published on The Conversation. Read the original article.