Obsessing Over Gender Differences In Test Scores Won’t Fix Anything
By The Conversation | March 6th 2015 08:30 AM | Print | E-mail

New gaps are opening up in educational achievement between teenage boys and girls, according to a comprehensive new report from the Organisation for Economic Co-operation and Development (OECD).

Analysis of its 2012 Programme for International Student Assessment (PISA) tests of 15-year-olds in reading, mathematics and science across countries, shows that unfortunately, patterns between the performance of girls and boys have not changed much over time, although some of the gaps have closed a little.

Girls are still doing better in reading. Boys still do better in maths and there is not much difference between the two in science. Boys are still generally labeled as “low-achieving” and over-represented among teenagers who don’t achieve basic education levels. Girls are generally labeled as high-achieving but still lack confidence in the areas of science and maths, and unable to “think like scientists”.

There is too much déjà vu here. It would seem that all the work that has been done within the field of gender and achievement to improve our understanding of this complex area has been ignored by the OECD.

So too have the debates that tests like PISA may actually create the differences observed. If we are looking for solutions as to why differences between teenage boys and girls occur, we should not only be looking into the students themselves, but into the tests and surveys that create the data in the first place.

Such analyses of “boys vs girls” focus on differences between them, often accentuating differences that are small or of little significance. An alternative view is that there are actually far more similarities between boys’ and girls’ performances than differences and presenting them as opposites and rivals is not helpful.

Bigger differences (and variations in performance) occur within groups of girls and within groups of boys. There are other variables such as ethnicity, social class, disability, sexual identity and religion that need to be considered too.

Some of these have considerable impact – much more in some cases than gender – on the outcomes of boys and girls than their sex. It is regrettable that with the sophistication of the data available to OECD’s researchers, we still only get “male vs female” analyses that show only one story. 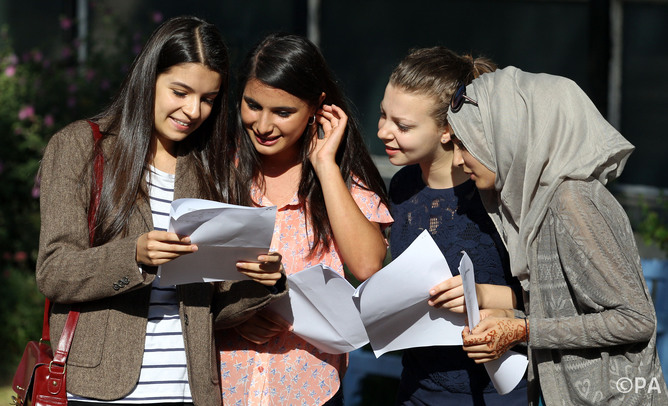 This is because reports like this continue to define gender as “sex group” that considers males and females as having defined and associated characteristics that are considered as fixed and unchanging. We know that much research, like this report, continues to use sex group as an unproblematic and straightforward category through which to investigate differences in achievement.

But research shows the limitations of using such a definition. The allocation of boys and girls to these groups through self-reporting questionnaires or through ticking a box on a test paper (such as PISA), means that stereotypes are reinforced. Researchers use these categories to look for “causes” of gender differences.

In contrast, others see gender as socially constructed and argue that differences in performances observed by girls and boys are created by social and cultural practices that influence how men or boys and women or girls come to be and act. So, any differences observed between the genders are not fixed, but open to change in relationship to the social, cultural and historical contexts in which people live and learn.

Such positions about gender allow for complexities to emerge as well as enabling considerations of how gender interacts with the other factors of diversity that I mentioned above. More nuanced, qualitative studies focus on investigating how gender manifests itself in everyday classrooms and schools and in complex interactions between students and teachers. This includes looking at how gender is in the world, how it is played out by girls and boys and its impact on their achievements – and under-achievements.

Not a blueprint for reform

The OECD and its PISA project are very powerful drivers in the global educational space. So powerful, that associated outcomes have become significant and symbolic levers able to change nations’ education policy directions world-wide. Part of the concern with this report is that the emerging messages will be taken as “truth” – that this is how it is for girls and boys. As a result, nations will look to follow the “what works” approach detailed within to “fix” their boys’ and girls’ achievements.

But we have been here before, with technical solutions to problems of gender and achievement without real success. The response to this report should be a rallying cry to start taking “gender” – not “sex of test taker” – seriously and investigate its interaction with educational achievement and other social dimensions in more intricate ways than an ABC approach.

By Jannette Elwood, Professor of Education at Queen's University Belfast. This article was originally published on The Conversation. Read the original article.