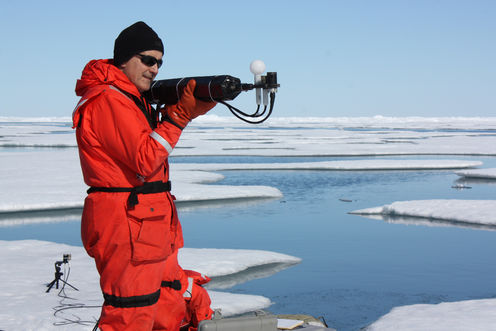 Climate science is right – but it isn't winning. NASA, CC BY

Scientists tell us the world is warming and that a climate catastrophe is imminent.

Yet climate change framed by scientists, politicians and economists as a straightforward pollution problem will neither convince skeptics nor advance the difficult decision-making process.

Mark Maslin, a climatologist at University College London, recently offered his analysis of climate denial and the skeptics’ reluctance to accept the science. In an article published here he correctly observed that “the lack of acceptance of the science of climate change is neither due to a lack of knowledge, nor due to a misunderstanding of science”.

Yet by framing climate change as “a massive pollution issue that shows the markets have failed and it requires governments to act collectively to regulate industry and business” he continues the vicious circle. If climate science provides the main argument for governments to regulate private enterprise, skeptics will continue to deconstruct the supposedly legitimizng science.

Therein lies a problem not only with Maslin’s generally well-informed analysis, but also with the orthodox political approach to climate change. In the US and anglophone countries, any efforts to enforce emission regulations to solve the “massive pollution issue” are regularly stunned by the skeptical critique of the “underlying” scientific facts.

It should be clear by now that climate change, although frequently described by scientists, economists and politicians as a straightforward pollution problem, requires more than a technocratic “solution”. By now, everything from trade policy or global inequality to animal extinctions or indigenous peoples' rights has been woven into the tangled knot of climate change politics.

To be sure, scientists have done a great job of bringing climate change onto the political agenda: because of new scientific knowledge, carbon-consuming power plants or gas-guzzling cars that were once tolerated and applauded are increasingly perceived as undesirable or immoral.

Yet the orthodox approach to climate change, epitomized in the Kyoto Protocol, has proven ill-suited to adequately address the wicked problem of sovereign states all pursuing their own national, carbon-consuming interests. However useful it has been in bringing the topic onto the political agenda, the scientific framing of climate change as a global pollution problem to be fixed by governmental intervention has run aground.

So if you don’t want to talk with skeptics about the science of climate change, then you probably shouldn’t call it a massive pollution issue either, or you will be reminded also of the benefits of industrial pollution.

The debate climate scientists are understandably tired of – but unknowingly contribute to – is American at heart. Politicians in the US put a higher premium on science to resolve their ideological conflicts than anywhere else – just look at the dozens of Congressional hearings on climate science over the past three decades.

Similar debates are going on over petrochemical pesticides such as DDT, genetically modified organisms (GMOs), or the smoking ban. In each of these cases the protagonists wanted to rely on the authority of science to settle their value disputes. The various parties are committed to different ethical and ideological positions but they are united in their focus on science and claim to derive the legitimacy of their policy position in one way or another from scientific evidence.

Why should we ban GMOs? Because science says so. Unless it doesn’t. Many of those who oppose the power of agro-giants have taken the bait and discuss scientific uncertainties rather than the political economy of GMOs.

The authority of science, it is understood, trumps the opponent’s “irrational” value judgments. However, in political practice, the scientific framing of these debates – how harmful is DDT, do GMOs affect human health, does second-hand smoke cause lung cancer? – has made them only worse.

To be sure, a science-based approach to decision-making does have great normative force. It allows governments to claim the high ground, a place from which they can be seen to be acting for the benefit of all. But in the case of climate change it does not work, simply because we are not dealing with a pollution problem to be solved cost-benefit style. Climate change is not a hole in the earth's ozone layer caused by a set of manageable chemicals. This time an international treaty won’t do the trick.

Of course the climate controversy as it thrives in the US has now taken on an almost global significance. Facilitated by the English language and Internet media in which it is conducted, the debate over climate science gives support to those in other countries where US climate skeptics’ talking points have become part of the political rhetoric.

While we can appreciate efforts to understand the reluctance of accepting the science of climate change, we should pay attention also to how the problem is framed. While the pollution narrative has served to keep climate skepticism alive and scientists on their toes it has led to very little real progress – emissions are still rising and a global treaty is yet another climate conference away.

The only rational solution would be to drop the “science says” arguments altogether and foster pragmatic climate policies that do not hinge on scientific truth. What a relief this would be for science and scientists to reclaim their right to be wrong.

These policies do not tackle global warming directly via emission reduction targets, as if one could control the global thermostat. Environmental and human health benefits rather emerge as positive side-effect of policies dealing primarily with energy security and the modernization of inefficient energy producers. In this view climate policy should be connected with established institutions and forms of decision-making, for instance with national health policy-making.

Mathis Hampel, Research Associate, Science Society&Sustainability at University of East Anglia,
does not work for, consult to, own shares in or receive funding from any company or organization that would benefit from this article, and has no relevant affiliations. This article was originally published on The Conversation. Read the original article.