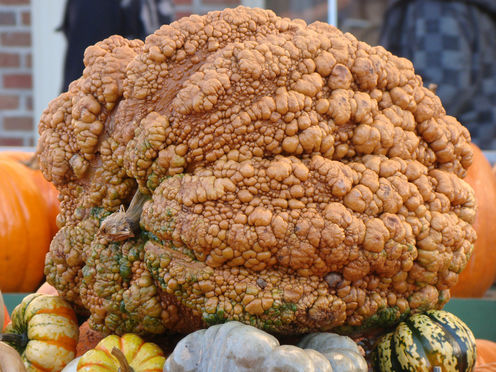 “Organics”, gluten-free, and more recently buying “local” have all captured consumers, encouraging supermarkets around the globe and in Australia to respond.

But the next emerging European food trend that may have the biggest impact on what we buy each week is “ugly food”.

What is the ‘ugly food’ movement?

It is estimated that a third of all the food produced in the world is never consumed, with the total cost of that food waste being as high as US $400 billion a year.

In response to the European Commission’s plan to make 2014 the “European Year Against Food Waste” and the EU’s scrapping of rules that prevented the sale of oddly-sized or misshapen fruit and vegetables, supermarkets across Europe were quick to respond.

The overarching objective of the ugly food movement is to reduce food waste by selling to consumers those fruit and vegetables that would normally be either rejected by supermarket buyers or dumped by farmers.

How do you market ugly food? The first rule is don’t use the word “ugly” to describe the product.

Celebrity chef Jamie Oliver has been used by both ASDA and Woolworths to help add credibility and consumer interest to the campaigns.

Not all supermarkets have been quick to follow suit, with some instead cautiously approaching this new phenomenon.

In Australia, both Coles and Aldi have remained silent on whether they will implement such a program. While it’s too early to tell whether this foray into “ugly food” will be a resounding success for supermarket retailers, it is not unreasonable to assume Woolworths, and other Australian supermarkets may struggle to get Australian shoppers onside.

After many years of produce buyers rejecting blemished and oddly shaped produce, and store managers removing offending items from shelves, Australian shoppers have been conditioned to expect only the very highest levels of freshness, quality and aesthetics.

The benefits of a ‘taste, not waste’ campaign

Supermarkets that have effectively launched an “ugly food” program have gained from both a perceived positive corporate social responsibility position and increased sales. Intermarché gained strong public support during the initial launch of its “Inglorious Fruit & Vegetable” campaign, selling 1.2 tons of misshaped fruit and vegetables across its stores in just two days, receiving a 24% increase in foot traffic, 3.6 million views on Youtube and over 500,000 Facebook “likes”.

Being able to provide lower priced fresh fruit and vegetables to low socio-economic consumer groups, while promoting healthy eating, is also a positive outcome for both retailers and shoppers. Ultimately, an “ugly food” program is a win-win for all those in the supply chain; growers, retailers and consumers.

It also allows supply chain costs to be reduced. “Ugly” produce would normally be transported from the farm gate to the market, only to be rejected, then transported back and disposed of. Now, such produce can be accepted, albeit at a lower “buy” price and sent onto stores as an “ugly food” alternative. This reduces costs to farmers, supermarkets and eventually shoppers.

Assuming retailers are successful in convincing consumers of the merits of “ugly food”, the strategy could create price pressure across the category. From a shopper’s perspective, when provided a choice of loose, somewhat misshaped carrots at a low price, versus perfectly presented, aesthetically pleasing, high priced carrots, will shoppers simply switch to the cheaper option? Will price discounted, lower quality produce reduce waste? Some say no.

If campaigns to promote “taste over waste” are successful on a grand scale, there could be unintentional consequences for farmers. Consider the grower who has invested heavily in agriculture infrastructure and processes to ensure their potatoes meet very high standards set by supermarkets, only to find the market has now shifted to the “ugly” alternative.

Finally, the alleged power of the major supermarkets has come under increasing criticism and inquiry. Potentially the “ugly food” movement could inadvertently create a market where supermarket buyers are able to set very low “buy” prices for subjectively imperfect fruit and vegetables, with the alternative being to reject.

Gary Mortimer, Senior Lecturer, QUT Business School at Queensland University of Technology. This article was originally published on The Conversation. Read the original article. Top image: The warty pumpkin: beautiful on the inside. Circleville Pumpkin Show, CC BY