Tommaso Dorigo
What machine will replace the Large Hadron Collider to further our knowledge of fundamental physics at the high-energy frontier, in the forthcoming decades?

The question is not at all a far-fetched one: these large machines require two decades to be built - and can then typically be operated for two further decades, amassing collision data that slowly but steadily improve the precision of our estimates of the parameters of nature.
Of course, there are those who hold that the absence of any hints of new physics in LHC data should lead us to put our future programs to a pause. The argument might run as follows: "let us wait and see whether we acquire some more understanding in other related fields -neutrinos, astroparticle physics, etcetera- and obtain hints on whether new physics is hiding at just a slightly higher energy scale or whether we need to attack the problem in a radically different way - then we will be able to take an informed decision on what to build or what kind of R&D to undertake."

I think this is a reasonable point of view, but I believe it would be very dangerous to bring a whole field of research to a halt, when the investments required to keep it alive are a small fraction of the moneys needed to do our business in space research - or to fund a week of military spending in middle eastern countries, for that matter.

No: I think we need to use the technological advancements we have at our fingertips now, to make a step further and open new investigations of physics at smaller distance scales. We currently believe quarks and leptons are point-like particles, but if we "illuminate" them with higher-energy probes we may get to see the first hints of their structure - this would be a huge advancement. The argument, really, is that we need to do it, because we can.

Among the various new colliders that are being proposed (CLIC, ILC, FCC-ee, a muon collider among others), the Chinese project of a high-energy electron-positron collider, CEPC, appears today the one that is making more steady progress toward becoming a thing.

A conceptual design report has now been submitted, and it consists in two very bulky and detailed volumes that explain both the accelerator and the detector and physics reach. You can check them out at the CEPC web site. For the reading challenged, here is a link (a screenshot is shown below) to a very nice video that shows the project in great detail and demonstrates how the electron and positron acceleration would proceed. Have a look! 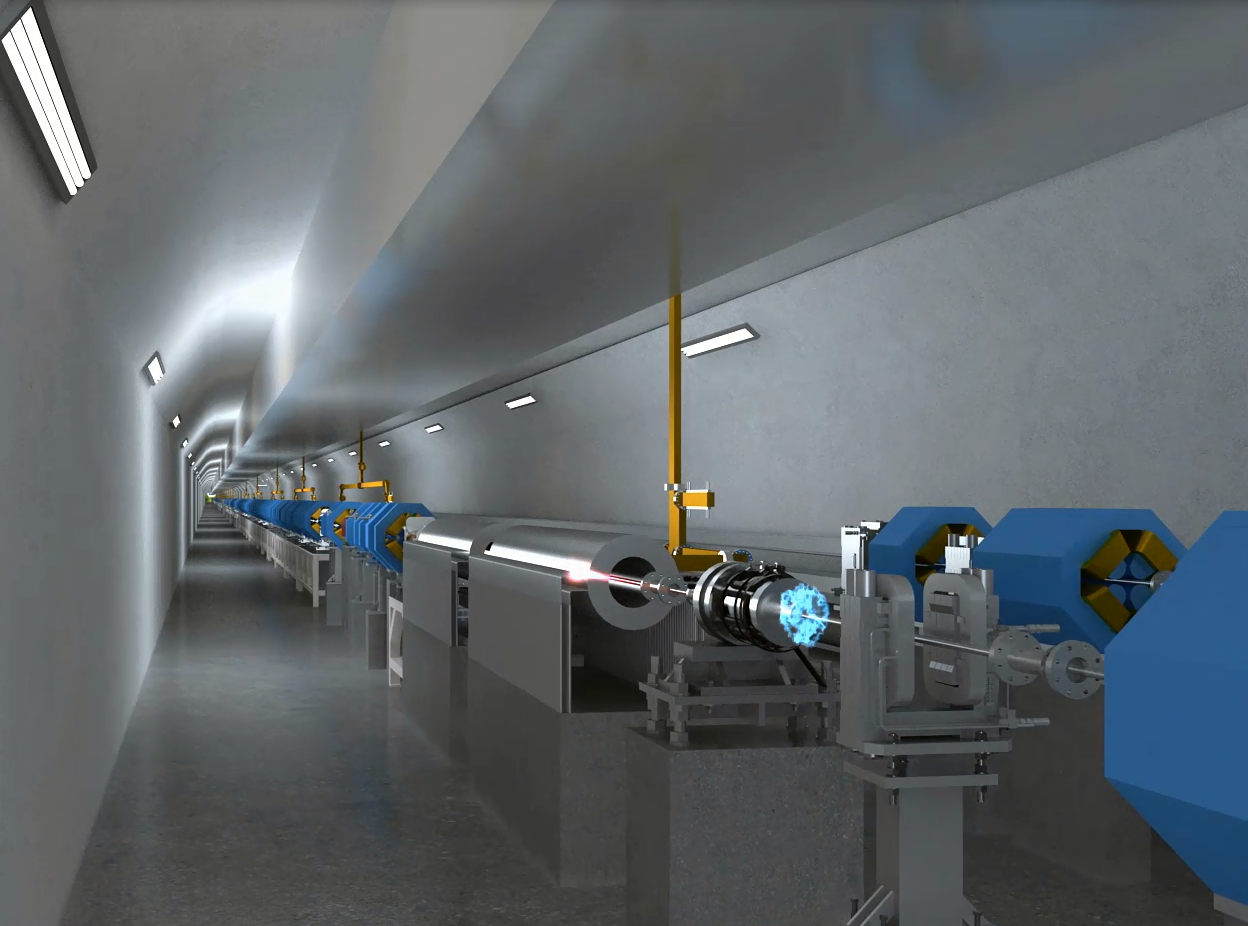 Above: a positron beam (the reddish blob) has just been created by the interaction of electrons with a target, leaving behind a flash of bluish light.