Becky Jungbauer
Take note - the world will come to an end in November. It will probably look somewhat like this: 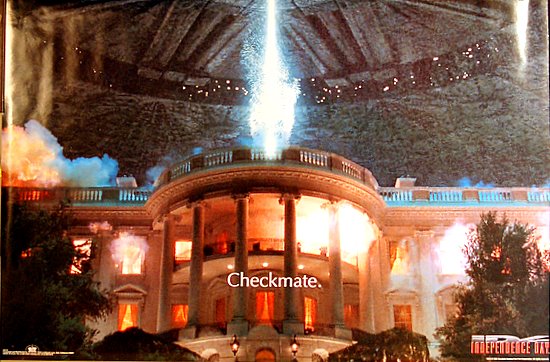 Anyway, it's too bad we won't make it to 2012 to see if the Mayans were right, but I really don't want to live through another 2-year-long presidential election campaign so it all evens out.

I can't give you anything more specific than the month of November, because those death-wishers at CERN haven't set a date. The Large Hadron Collider is scheduled to restart then; even though it's only going to ramp up to about half its energy potential, that should still be enough to take out most of the eastern hemisphere and hopefully Wasilla.

Now that I think about it, I bet that Obama is behind the LHC restarting, since a massive continental explosion could singe parts of Kenya, destroying the birth records proving he isn't an American citizen. Wouldn't that be convenient?
A Truth Universally Acknowledged
More Articles All Articles
About