Social media outlets are once again bubbling with misinformation about COVID-19 vaccines and cardiovascular disease. The latest uproar is over claims of a link between vaccines and increased rates of sudden cardiac arrest in athletes.

What is the Claim?

Numerous social media posts have emerged recently, claiming to show connections between dramatic increases in the number of athletes collapsing in competition and COVID-19 vaccinations. One article by Free West Media that has been re-posted by several well known COVID-19 vaccine skeptics, claims 69 athletes collapsed in October alone. The article alleges that these incidents “are often” caused by cardiovascular problems including myocarditis and stroke, and suggests that they are due to “the ongoing carnage that the [COVID-19] jabs have unleashed”. 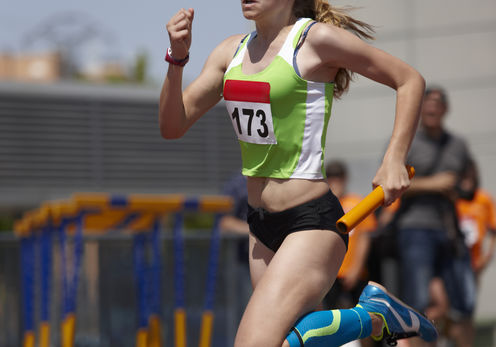 The Free West Media piece is a clear example of vaccine misinformation, with several key claims questionable at best, and others simply wrong.

The definition of ‘athlete’ used by the article is very broad, and in many cases not accurate. In one incident a golf caddy who collapsed is included, despite that fact that they were not a competitor in the event. Joe Plant, a British man who suffered cardiac arrest while walking as part of a fundraiser for the British Heart Foundation in September is included on the list. What isn’t included is the fact that Mr. Plant had a pre-existing cardiac condition, which is why he was walking to raise money for heart research. Moreover, the classification of a person walking to raise money as an ‘athlete’ is disingenuous. Overall, a review of the list finds that among those classified as ‘athletes’ are 8 spectators; 4 coaches or members of the team staff; 6 people not competing in a sporting event; and a referee who died in his sleep, with no mention of any recent involvement in sports.

Only two of the cases include any mention of COVID-19 vaccines. It isn’t known if any of the people who collapsed were vaccinated, or if they had experienced COVID-19. SARS-CoV-2, the virus that causes COVID-19, has a lasting impact on a number of people referred to as ‘long-haulers’. A leading area of concern amongst people with long COVID-19 are cardiovascular complications that persist after infection.

Several of the cases provide no evidence of cardiac involvement at all. For example, a case from Arcisate, Italy describes a referee who suffered a “medical emergency” which ended the match. This generic description could be anything from sudden death, to a soft tissue injury that limited mobility and prevented completion of the match. While anyone who collapses should be cause for concern, the reasons for these incidents could be as simple as dehydration – a common and often readily treatable condition.

The Heart of the Problem

The list claiming 69 events of collapse or death has caused many people on social media to express concern that these events could happen in athletes. The list of commentators includes healthcare providers who claim that cardiac events like ‘sudden cardiac arrest’ should not occur in athletes, and that the most obvious culprit is a COVID-19 vaccine. These posts demonstrate a lack of understanding of cardiovascular conditions in athletes.

What is Sudden Cardiac Arrest?

Sudden cardiac arrest occurs when a person’s heart suddenly stops beating. Many people mistakenly describe this as a ‘heart attack’. A heart attack is when the heart receives insufficient oxygen because of a reduction in blood flow. Heart attacks often develop over time when the blood vessels that feed the heart – called coronary arteries – are gradually blocked. Heart attacks can occur suddenly if a clot breaks off to stop blood flow, or a blood vessel goes into spasm and closes. In many cases, the heart does not stop beating when a person has a heart attack.

If COVID-19 vaccines are not to blame, then what it causing increased rates of sudden cardiac deaths in athletes? The answer to that question is ‘nothing’, because there is no increase.

A Real Time News article collected information on sudden cardiac deaths among FIFA players and claimed that since the roll-out of COVID-19 vaccines, sudden deaths among football players has increased 500%. The article drew its data from media reports of deaths and compared these numbers to a historical record of deaths posted on Wikipedia. Based on this highly questionable analysis, the 500% increase in deaths was reached.

Agence France-Presse asked Drs. Florian Egger and Tim Meyer to review the information collected as part of the Real Time News article. Dr. Egger leads the "FIFA Register for Sudden Deaths and Cardiac Arrests", while Dr. Meyer is chairman of the medical commission of the German Football Association and team doctor for the German national football team. Both concluded that the evidence put forth by Real Time News did not support the claim of increased sudden cardiac deaths among FIFA players. In fact. Dr. Egger found that based on data collected by the FIFA registry over the first 10 months of 2021, rates are actually lower than pre-COVID-19 levels.

At the Finish Line

Incidents of sudden cardiac arrest involving high profile athletes have always drawn significant public attention. These events are relatively rare, but widespread media coverage gives the impression that they are more common than they really are. The mismatch between public perception and epidemiological data on sudden cardiac arrest in athletes was well established before the development of COVID-19 vaccines. What is new is the irresponsible and dangerous dissemination of misinformation that incorrectly makes a connection between COVID-19 vaccines and sudden cardiac arrest.
W. Glen Pyle
More Articles All Articles
About