Chris Rollins
Lockheed Martin has just delivered the most recent upgrade of the military's cargo backbone, the C-5M Super Galaxy, to the U.S. Air Force at Warner Robins Air Logistics Center, Robins AFB, Georgia. The aircraft contains a host of upgrades and modernizations intended to help its keep its status as the dominant cargo plane of the U.S. Military.

First deployed in 1969, the C-5 has seen action in all military conflicts since the Vietnam War. Its ability to carry all types of cargo certified for air transport and relatively short takeoff and landing distances have made it invaluable to military officers in the field. The C-5 also has the ability to be unloaded or loaded from both ends, allowing cargo to be unloaded from the front while being loaded from the back, significantly reducing the time between landing and takeoff and can carry troops as well as cargo - so that troops can arrive simultaneously with equipment. 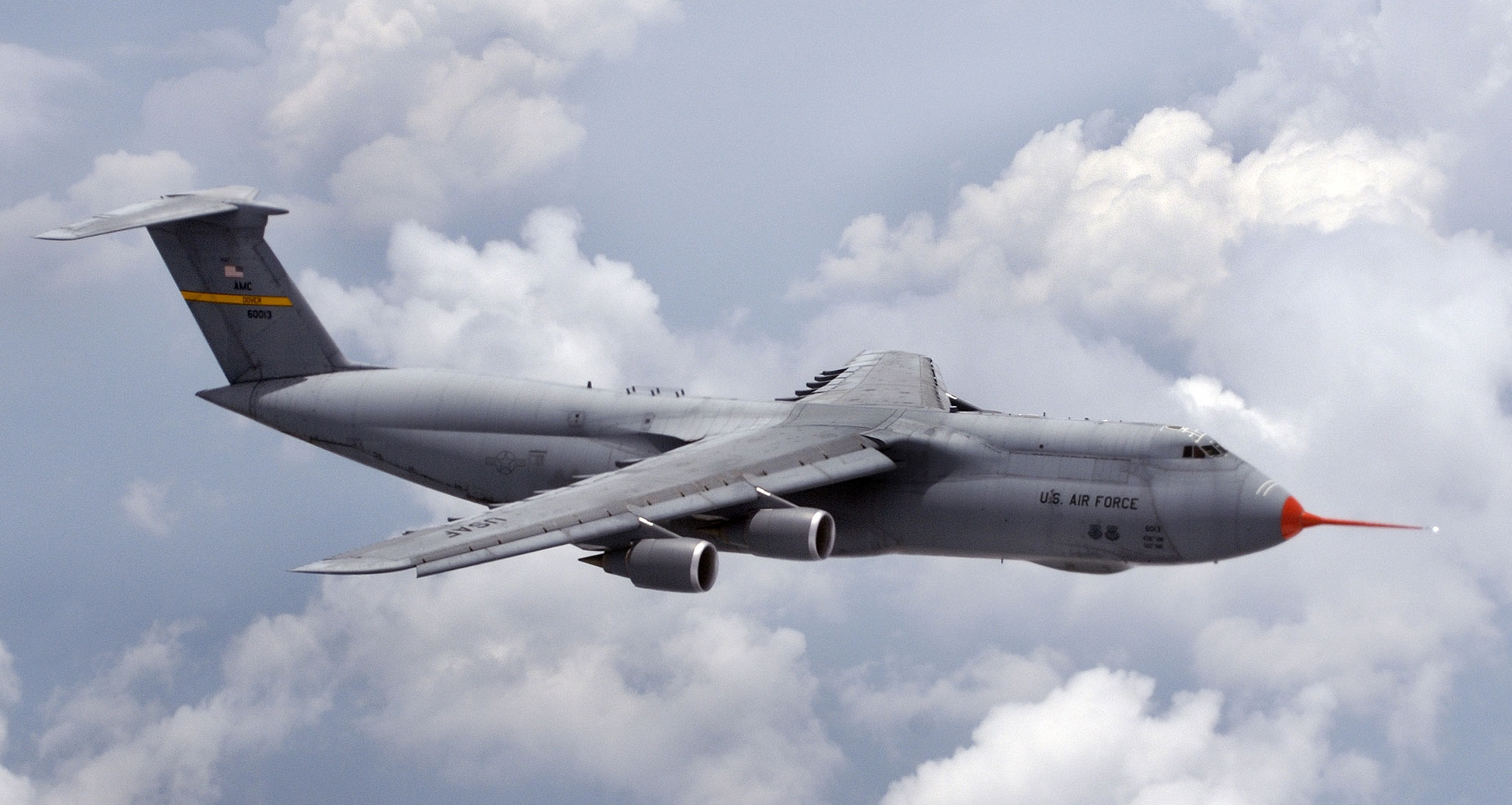 Command of Cargo: The new C-5M Super Galaxy will extend the lifetime of the C-5 fleet.

The new upgrades are intended to help modernize the aircraft as well as improve performance in a variety of areas. One major change is the engine - the old General Electric TF-39 engines, which produce 43,000 pounds of thrust each, have been replaced by the General Electric CF6-80C2 engines, which add an additional 10,000 pounds of thrust each. This allows the aircraft to take off on a runway 30% shorter than before and climb 58% faster while also increasing overall efficiency and expanding the theater of operation.

Additional upgrades include a new avionics system and cockpit. The new cockpit is all glass and includes flat screen displays as well as a new all-weather autopilot system and enhanced navigation equipment designed to reduce crew workload.

Lorraine Martin, Vice President of the C-5 program at Lockheed Martin, said of the new upgrades, "The C-5 fleet is now beginning to realize its full operational potential as we begin fielding both Avionics Modernization Program and Reliability Enhancement and Re-engining Program enhanced C-5's for the Air Force. The combined U.S. Air Force and Lockheed Martin team can take great pride in its success, which is keeping this national strategic airlift asset viable for decades to come."

The C-5's operational period is planned to last until 2040, and the upgrades are a necessary part of keeping the fleet operational. Lockheed Martin estimates that the fleet still has 70% of its structural service life remaining, and despite the cost of the upgrade, the military is projected to save around $20 billion thanks to the modifications.

Rollout of the C-5M Super Galaxy completes the second phase in a modernization procedure that aims to upgrade 52 existing C-5M's. The Avionics Modernization Program first replaced aging electronic systems on 46 aircraft, which have already logged a combined 45,000 hours. The second phase, which completes the update, includes re-engining and reliability enhancements. November 9 marks the first delivery of three fully-modified airplanes that will be dispatched to the Air Force.

Lockheed Martin is headquartered in Bethesda, Maryland, but employs about 140,000 people worldwide. They are one of the largest military contractors in the world, reporting $41.9 billion in sales in 2007.

Welcome to my Moon Base
More Articles All Articles
About