American Plastic Manufacturing, Inc. may not make biodegradability claims unless the representations are true and supported by competent and reliable scientific evidence, according to a press announcement from the FTC.

“The company must have evidence that the entire plastic product will completely decompose into elements found in nature within one year after customary disposal (defined as disposal in a landfill, incinerator, or recycling facility) before making any unqualified biodegradable claim,” the FTC release says. 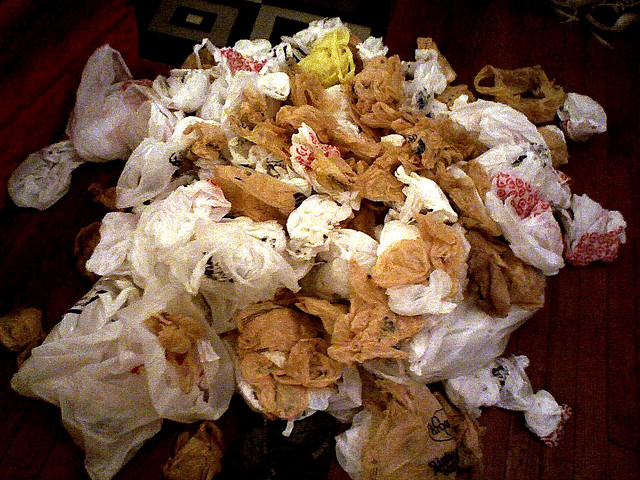 The order is the fourth issued since the agency in October began cracking down on a group of six manufacturers over false “green” claims.

APM had been making statements about the environmental benefits of its bags on the company’s website and elsewhere.

APM's claims were in part based on an additive it was purchasing from another company, ECM Biofilms, Inc., called MasterBatch Pellets. The additive supposedly caused plastics made with it to break down. ECM Biofilms is also under fire for false claims the FTC alleged it made. That case is pending.

A typical claim cited as misleading in APM's marketing materials reads: “Using an additive from ECM Biofllms (ecmbiofllms.com), our biodegradable bags break down completely when in contact with other decomposing materials; in compost bins, landfills, or just buried in the ground.”

In its original complaint, the FTC said APM used results from a test from the American Society for Testing and Materials to substantiate its claims. The “International D5511-12, Standard Test Method for Determining Anaerobic Biodegradation of Plastic Materials under High Solids Anaerobic Digestion Conditions,” is meant to determine the rate and degree of anaerobic biodegradability of plastic products when placed in a high-solids anaerobic digester, according to ATSM’s website.

High-solids anaerobic digesters are facilities used to break down materials, sometimes including plastics, using microorganisms without oxygen for the production of energy. Digester systems vary, and they are not necessarily equivalent to the conditions in landfills or other environments.

ATSM even warns those who employ its method that performance claims “shall be limited to the numerical result obtained in the test and not be used for unqualified ‘biodegradable’ claims.” It adds that the results should not be extrapolated beyond the duration of the test.

The FTC pointed out that APM’s bags would not in fact break down in a reasonably short period of time after disposal.

The FTC’s final order didn’t specify what sources of evidence would allow APM to make future biodegradability claims. It did offer guidelines, though, saying “any scientific technical protocol (or combination of protocols) substantiating such claims must assure complete decomposition within one year and replicate...the physical conditions found in landfills, where most trash is disposed.”

The order lasts 20 years and requires APM to follow up with the FTC to remain in compliance.

The APM case and the other five related cases are part of a larger ongoing effort by the FTC to regulate more strictly businesses’ environmental claims. The agency released new guidelines in 2012 after a two-year revision process; the National Advertising Division of the Better Business Bureau has also adopted them.

The updated rules are meant to curb “greenwashing,” the practice of inflating or misrepresenting the environmental benefits of a product or service.