Steve Savage
I've just returned from a week on Kauai.  It is known as "The Garden Isle" of the Hawaiian chain, but recently that garden has been heavily sown with seeds of fear, suspicion, and conspiratorial narratives.

On Wednesday, the 31st of July, there was a marathon session of the County Council during which hundreds of people lined up to give testimony about Bill 2491 from 1 pm until midnight.  Angst was a common theme. The activist speakers made hyperbolic assertions about heartless corporations perfectly willing to sicken the entire population of the island and destroy the environment. Many non-agricultural residents expressed their palpable fear for the safety of their families.

Some of the employees of the seed or coffee companies tried to explain to their fellow islanders that they and their families also live there, and so they would never want to put either their families or neighbors at risk. These people have good reason to worry about the future of their jobs. 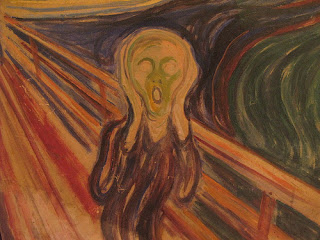 This Is Actually About Biotech, But... 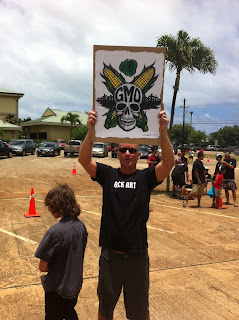 Kevin Folta, head of the horticulture department at the University of Florida, was there for the week to represent a truly independent, scientific perspective on the safety of biotechnology.

He was quite effective because of his willingness to engage in dialog with even the most dedicated wing of anti-GMO camp.   I was there to offer some perspective on the pesticides used.

Activists are targeting the biotech industry, but the primary means through which they have been generating fear has been by talking about a list of "Restricted-use pesticides" employed by the coffee and seed industries.

Strategically, the focus on pesticides makes perfect sense for the activists.  Unlike plant biotechnology, pesticides had a "bad old days" during which legitimately scary things happened.  In the present campaign, these sorts of events are highlighted without any perspective on how much change there has been over the last 44 years since the EPA was established in 1970.

Most people know something about the dramatic improvements society has seen since that particular era when it comes to automobile safety, control of exposure to secondary smoke, protection against egregious manifestations or racial and gender discrimination.  Most people have a concept of how far we have come since the 1960s with regard to a host of technologies in medicine and electronics.

What is unfamiliar to most people outside of agriculture is that there have been comparably dramatic improvements with respect to the safety of agricultural pest control technologies.  For the most part, only farmers have witnessed this change.  Others doubt the progress on the regulatory front, convinced that all regulatory agencies have either been bought-off by nefarious industry influence or rendered impotent by funding limitations.  Anyone who has worked in a heavily regulated industry like farming or pesticide manufacturing knows otherwise, but that knowledge base represents a tiny fraction of the population.

At the hearing (and in public forums, press interviews and meetings with business leaders), I simply attempted to use data from transparent, public sources to put what are actually not-so-scary-pesticides into perspective (see a previous post with more details).  That was helpful, but only in settings where were able to have a real conversation.  I think the most effective way for people to relieve their angst is to take the seed companies up on their offer to provide tours of the research farms so people can see first-hand the sort of safety precautions used and the extensive documentation required to meet regulatory requirements for multiple agencies at the federal, state, and county level.

Inexplicably, the council members who introduced Bill 2491 have yet to take such a tour. Why try to understand something you try to legislate against?

What I witnessed at the Council Hearing suggested how politically difficult it is going to be for other local elected representatives to resist the pressure to legislate based on fear rather than facts.  The activists are also expanding the campaign of fear to discourage the tourist industry, which is actually the life-blood of the local economy.

Can they generate as much angst there as they have with residents? Tourists may be harder to reach, but in an on-line age when many people's standard of truth has become, "I saw something about that on the internet," it is sadly possible.

As my plane climbed to afford me a last, beautiful view, I thought back to the first time I visited Kauai in 1993, only months after the devastating blow from Hurricane Iniki.  At that time, broken-over trees still dominated the landscape.  The natural systems of the island are self-healing and the evidence of that storm is now essentially gone. The current storm of activism impacting Kauai is a campaign that claims to be about stopping the "poisoning of paradise."

Image of  "The Scream" by Edvard Munch from CHRISTOPHER MACSURAK

Protester image my own
Agricultural Realism
More Articles All Articles
About