Patrick Lockerby
How To Build A Perpetual Magnet Woo Generator

"The general public sees perpetual motion inexactly. Probably they view each machine as a special case. The physicist or engineer, on the other hand, is very precise and classifies perpetual motion machines according to which law of thermodynamics they violate."

"A good working definition of scientific riff-raff [is] any subject on which one is liable to receive a letter on the following lines: How can you be so blind as not to see this great truth. There is a conspiracy of scientists against me.  This knowledge has been handed down from the ancients, and there are more things in our philosophy, etc., etc.  In other words a topic goes into the riff-raff class if its exponents rail against the normal and extremely stringent examination which is made of every new theory advanced in science.  Naturally the examination is the more stringent the more world-shaking the consequences of any theory are likely to be, and it is approached with a greater degree of caution and mental reserve when its acceptance would demand a radical revision of concepts which have stood the test of time and have long been in use as the ordinary tools of thought.

On a Perpetual Motion Machine, mentioned by authors, by means of the attraction of a loadstone.

... they have been little practised in magnetick experiments who forge such things as that.
...
Such a machine Peter Peregrinus feigned many centuries before or else depicted one which he had received from others, ...
...
O that the gods would at length bring to a miserable end such fictitious, crazy, deformed labours, with which the minds of the studious are blinded! 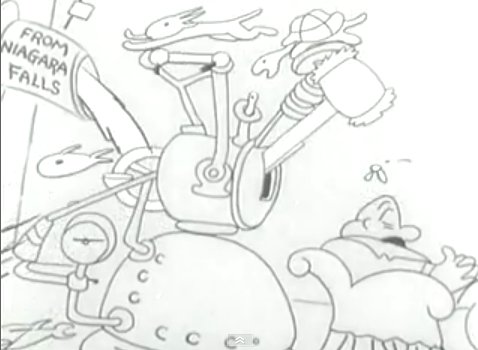 Now watch the video and learn how to get something for nothing: