A drumlin is an elongated, streamlined,  teardrop-shaped hill formed by glacial action. Its long axis is parallel with the presumed longitudinal flow of a former glacier, with the tail pointing away from the glacier foot.  Drumlins often occur in clusters - drumlin fields - with their long axes in approximate alignment.

Lake Rogen, Sweden as seen from the north. 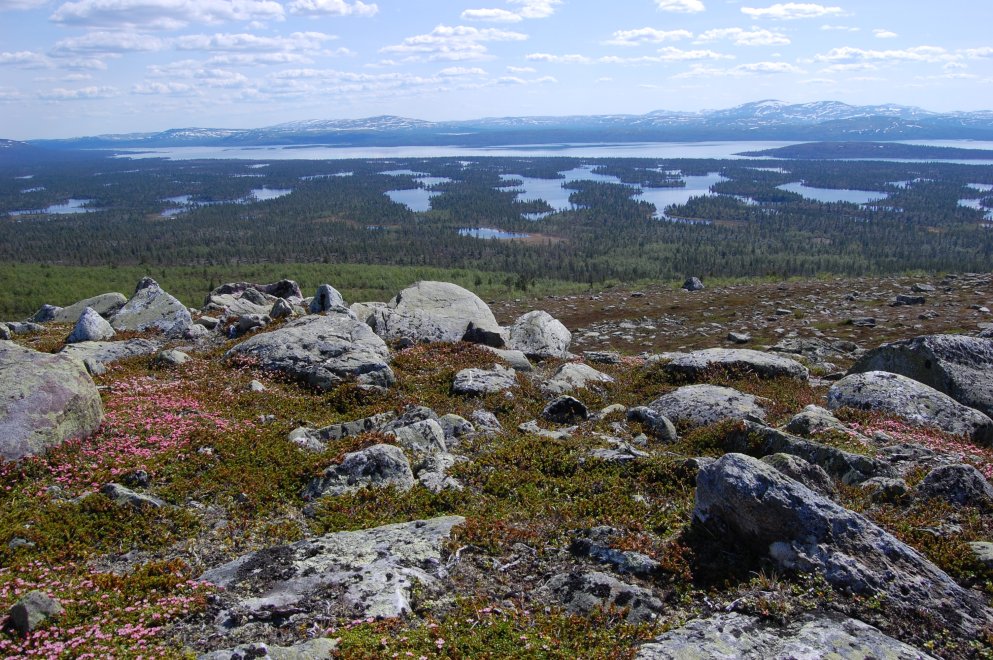 A note on the use of 'moraine' as singular or plural term.  Moraine is a type of terrain.  Whilst 'terrains' is a legitimate plural, 'types of terrain' is a more common usage.  Except where the context requires, I use the term 'moraine' in this study as I would 'terrain': usually as a mass noun having no plural.


There have been many theories offered as to how these geological features form.  As yet there is no single widely accepted theory.  I present here a suggestion about glacier advance and retreat cycles and an overview of the literature, followed by a suggestion that ripple moraine and drumlins may be formed by the same glacial mechanical action, from mechanically similar materials and over similar terrain.


Cycles of glacier advance and retreat

I suggest that glacier motion might best be viewed as of two kinds: physical and virtual.  The physical motion is a gravity-driven flow of ice over a surface causing the glacier front to advance by moving over a surface.  The virtual motion is the retreat of the location of the glacier front due to ice loss.  Retreat does not occur through ice shrinkage, hence glacial ice can cause no direct mechanical action on the glacier bed during retreat.  However, a slight possibility exists where a glacier extends over two sides of a ridge that a longer arm can drag a shorter arm backwards.  Only in such a case could glacial ice cause erosion during retreat.

During advance, a glacier can cause direct effects on its bed, as e.g. gouging, plucking and abrasion.  During retreat it can deposit materials - as e.g. plucked debris and moraine.  Meltwater can cause geological effects as secondary glacial effects.

Glacial advance and retreat are widely described as if these were continuous and uninterrupted processes spread out over long geological periods.  I propose that short time-scale events may be superimposed on longer time-scale events.  Thus, a glacier showing an overall retreat over a geological timescale may show one or more cycles of superimposed advance and retreat over decadal timescales - a form of complex oscillation or fluctuation over time.

The formation of ripple moraine has variously been proposed as due to:

The formation of Rogen moraine in particular has variously been proposed as:

This range of hypotheses currently restricts confidence in palaeoglaciological reconstructions based on any one mechanism of formation (e.g., Kleman and Hattestrand, 1999).

Based on unimodal distributions of ribbed moraine characteristics for over 33,000 ridges, Dunlop and Clark (2006) suggest a single formation mechanism may exist. However, Linden et al. (2008) argue that the landforms are probably polygenetic.

Credit:
The above citations list is adapted, with gratitude to the authors, from:
Morphological characteristics, formation and glaciological significance of Rogen moraine in northern Scotland,  Andrew G. Finlayson and Tom Bradwell.  nora.nerc.ac.uk pdf


A theory of ripple moraine and drumlin formation

The physical appearance, bed composition and material composition of drumlins and ribbed moraine variants show so many similarities across different types that it is somewhat natural for the observer to conclude that a single mechanism has been at work.

The suggestion that these features are due to reversals of glacier motion has been discussed before in the literature but appears to have been set aside.  I propose that it is worthy of further investigation, being the only mechanism so far suggested which is capable of explaining all, or at least a majority of, the features under discussion.
. 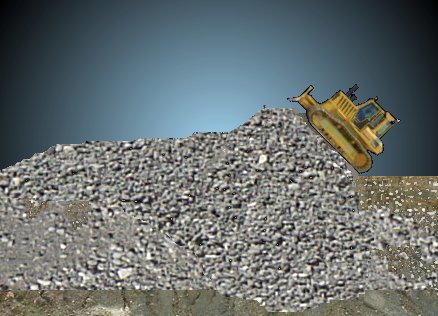 A glacier in advance will, it is suggested, push loose material before it until sufficient friction is built up to keep the material from moving away from the glacier foot.  At this point the ice will begin to ride up and flow over the pile.  The cause of the increase in friction may be any one of three events:

1 - the pile of spoil becomes too large for the glacier to overcome friction.
2 - the pile drops partly into a hollow and the glacier cannot exert enough force to shear the above-level portion.
3 - the pile runs up against an obstructing ridge or rock.

It is suggested that any glacier may advance or retreat, not continually, but as an average of advance and retreat stages over the longer term.  This would cause glacial erosion and deposition to be a multi-stage process rather than a single, continuous process.

A glacier in retreat will deposit material.  This may, or may not be disturbed by meltwater flow, depending on multiple factors including rate of retreat and current local climate.

On re-advance over a surface, a glacier will tend to 'bulldoze' its deposited material over the surface, filling in deep, narrow features.  The base, especially where lubricated by substantial meltwater, will tend to ride over smaller particles so that these are overlaid on the filled in terrain.  On retreat the glacier will leave behind a form of infilled and graded surface.

Again advancing, the glacier is now dropping spoil onto a relatively flat surface.  It commences to 'bulldoze' this spoil into a transverse line.  The glacier foot may, in longitudinal profile,  be relatively square at first, especially where the face has calved.  As the bulldozing action continues the grounded edge will be abraded into an ever more rounded profile.

Meanwhile, the spoil is building into a lateral ridge which is profiled at one face by glacial pressures and at the other face by natural slump.   If the glacier retreats at this stage, the transverse ridge will be have a profile approximating to its natural slump angle on both faces.

Suppose, however, that advance continues.  The spoil will not continue to pile up indefinitely.  Sooner or later the force needed to push the pile forward will be greater than the force needed for the glacier to rise and flow over the ridge.  As the ice rises, its forward pressure will lower the ramp angle of the spoil due to shear forces.  On flowing down the other side, the ice will press, pluck and drag spoil so as to substantially lower the ridge profile.  The ridge will become somewhat streamlined.

Continuous glacial retreat at this stage may cause meltwater to deposit fine materials in such a manner as to further layer and streamline the ridge.  Additionally or alternately, another advance stage might 'bulldoze' finer material.  On encountering a pre-formed ridge, the glacier will once more ride over the ridge, but this time will deposit an outer layer of finer materials.  On retreat this layer will be further smoothed by meltwater run-off.

With each retreat the glacier has less course material to bulldoze.  In consequence, each subsequent layer after the first is of finer materials.

The different source may arise during a subsequent glaciation episode.  However, it is possible that one glacier having retreated to the point of no longer acting on the terrain in question, another glacier is in a stage of average advance.  It is known that one glacier may be in retreat and another in advance within the same broad geographical area, due to local variations in climate.

A second glacier, moving at an angle to the preformed ribbed moraine, will exert its own forces on the terrain as it performs its own 'bulldozing' actions during its minor advance-retreat cycles.  This new landscaping will form terrain that, in very broad terms, is somewhat reminiscent of interference patterns in surface waves.

Non-parallel action can be tabulated as two prior types and two subsequent types.  Where C is continuous retreat and O is cyclic or 'oscillating' retreat, terrain can be of types CC; CO; OO; OC.

Where the action of one glacier is overlaid by action of another in the same geographical area, it is likely that, despite differences, if one shows cyclic movement then so will the other.  The terrain left by their retreat will most likely be of type OO.  Where terrain is formed by one glacial period overlaid on the terrain left by another period, the terrain may be any of the four types.

Apart from observations in the field, this 'bulldozer' concept may be modelled to give further insights.  Whilst computer modelling is of great value, a large scale physical experimental model is suggested.  The experiment would take place over rugged terrain such as a disused open mine or quarry, using various sizes of sand and aggregates.  One or more bulldozers equipped with various lengths of flexible blade would be used.  The prediction is that a line of three or more bulldozers chained together in line abreast and pushing mixed aggregates in a cyclic fashion would form at least some, if not most, of the layered features seen in ribbed moraine and drumlin fields.
The Chatter Box
More Articles All Articles
About