Tweet
Rockefeller, Hewitt, Moore, Tides, they've all been funneling money to Canadian environmental activists to halt progress in energy production and if you have heard of that last one, it's because they are well known for taking donations from overseas interests like Russia and acting as a "donor advised" fund for environmentalists who don't want the stigma of taking funds from Russia directly.(1)

The reaction to the whistleblower findings about how foreign interests are helping undermine Canada was a little ridiculous -  “For Alberta to create a public inquiry to go after critics is a McCarthyesque misuse of power”, the op-ed shrieked. Because Canadians could never be so gullible. Well, neither could Americans, nor were we. Instead, it was intentional on the parts of activists.

An activist against a public inquiry?? 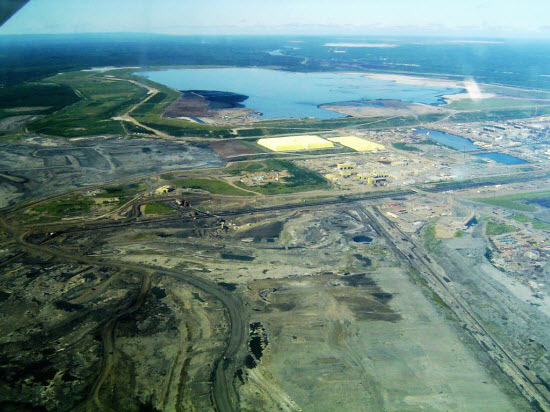 That op-ed writer must be 90 years old because no one invokes McCarthy 60 years after his paranoid vendetta got crushed when he claimed the Army was full of communists. He'd barely be a footnote if not for seven people in Hollywood who were actually blacklisted (and actually communists undermining the American government) but who gave an excuse to a whole generation of writers not very good at their jobs for why they couldn't get writing gigs. He's barely a footnote now.

Compared to the tactics of modern environmentalists, McCarthy was a creampuff. They use government to harass and intimidate experienced scientists and create an "icy chill" effect so early career scientists won't speak out. Environmental organizations are primarily lawyers who sue, often with prearranged results. so they can settle and collect checks from taxpayers to pay their million dollar salaries.

Canadians want to make informed choices about energy policy - and that means knowing if foreign interests are meddling. For partisan writers to wave their hands and tell Canadians those are not the facts they want is more McCarthy-ish than asking the awkward question about why so much foreign money is only going to one side.

(1) And it isn't just environmentalists, it is Democratic platforms like Center for Media and Democracy, publisher of the amateur wiki Sourcewatch, whose entries exclusively target Republicans and the scientists behind research that more Democrats dislike (food, energy, and medicine.) They once got a $500,000 donation and their executive director waved it away with the claim that she had no idea who sent it. Then she libeled people who called her out for it - I got off easy. Her only lie about me was to call me a felon, which is shockingly stupid for a lawyer, but she was a Clinton lawyer and they obviously did a lot of stupid things.

Here is their loony tunes Dear Leader playing to her political base that are completely willing to believe their 'Science Is A Vast Right Wing Conspiracy' rhetoric.

For a guy who has had one speeding ticket in his life, this was a shock to read about myself, but it gives you an idea into the scumball tactics lawyers who run supposed "advocacy" groups will engage in to advance their agendas.