Tweet
FDA is streamlining labs to allow independent coronavirus testing after CDC showed they were just as cumbersome and incompetent as I'd worried for years, they're cutting red tape for hand sanitizer "approval", getting treatments to market without 90-day comment periods where activists can insist science is a vast corporate conspiracy.

What's going on? Coronavirus, that's what.

The one way to show how useless most regulations are is to have a public health crisis you hope would never happen.

Last month CDC literally told UC Davis they couldn't have a test to see if a patient had COVID-19 unless they first proved the patient had COVID-19. When they finally sent tests to states, they were contaminated. How did we ever get convinced that centralized bureaucracy was the best solution to anything? That 1,000 patients in a clinical trial was not enough but 2,000 would be fine? That a change in the color of a label on a drug should require 18 months of regulatory effort? Or that a manufacturing problem in an epinephrine product should mean that the company would have to undergo registration all over again? 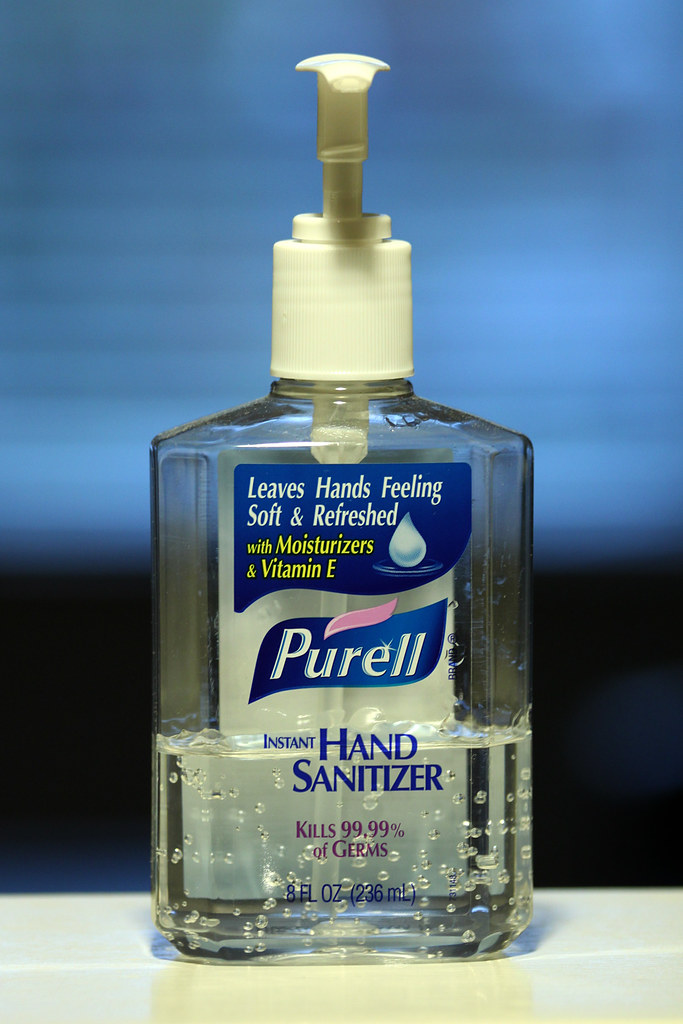 Why not  just create a standard and anyone who meets it can make it, and if they don't they get fines? Flickr, creative commons.

Those blockages that prevent innovation now were not determined by public health needs, they were all politics that resulted from political theater. The same politics that led to New York spending $575,000,000 to subsidize a solar panel plant while telling scientists and doctors to create a rationing plan for the coronavirus pandemics the state had narrowly missed in 2003 and 2012 and with H1N1 in 2009. A solar panel plant in a state where it snows five months per year. Instead of buying the 16,000 ventilators experts said the state needed. Now Senator Chuck Schumer tells companies they should have been prepared for this "rainy day" - obviously coronavirus can be dismissed as a rainy day only when you're a wealthy politician with the world's best health care and income whether you work or not. Meanwhile, he said nothing when New York was not preparing for the disease outbreak literally everyone knew would come in. In early 2018 a team of us published The Next Plague And How Science Will Stop It (that link is to a free download of the galley, you can buy it on Amazon in print form) because we knew it was coming, it was just as matter of it would be a virus like this or an intentional act.

We the public got convinced government was ready for this because things were good. When things get bad, we learn better. People get a lot more skeptical. If you want to find plenty of toilet paper, milk, and eggs today, go to Whole Foods. The minute this coronavirus crisis became real people flocked to normal food and goods. Even in my town, which got a Whole Foods when the store only put them in wealthy liberal neighborhoods, shelves are stocked. Two months ago Non-GMO Project touted how their 67,000 stickers on products led to a healthier world but now they sound absolutely tone-deaf as they continue to market fake hysteria about modern science and health in the presence of a real threat.

Those of us inside science policy knew we were unprepared for anything important because we saw partisan bureaucratic creep grind the wheels of discovery and prevention to a halt. Efforts to get government science back to something close to the middle, with efforts to stop "secret sauce" in government panel decisions, conflicts of interest inside EPA, or streamlining drug approval so it wasn't just Big Pharma able to afford to bring products to market, We were told the people behind reform ideas hated the public and lives would be lost due to invisible pollution or a dearth of new papers linking some harmless food to some new disease.

It was all nonsense, and now the public sees it. So maybe now scientists inside government the political mandate to fix itself.

FDA is loosening the stranglehold on hand sanitizer approval because people are making it themselves. That shows you how little government regulatory hammers decided by politicians are needed. A bureaucracy that allows $30 billion in supplement claims and $100 billion in organic food claims that it is "healthier" has kept the public from having clean hands.

Regulatory reform motivation that may come of this won't last forever, bureaucratic creep is a fungus that only stops growing until times are good again, but the pro-science public should stop complaining about the other political party and demand real reform of the institution itself.

More about SARS-CoV-2, the 2019 form of coronavirus, and the COVID-19 disease it causes:

How Long Will Coronavirus In A Cough Stay In The Air?

Teas, Essential Oils, Tinctures And Colloidal Silver Will Not Help With Coronavirus - Or Anything Else

Where Coronavirus Really Came From