Alex "Sandy" Antunes
The best way to discover whether someone is full of crap or not is to look at their past predictions.  If you're digital media expert Jim Griffin and you put your rep publically on the line predicting internet video in 2002, you're probably on the side of 'smart and right'.

Jim Griffin (onehouse.com) made a wager at LongBets that “A profitable video-on-demand service aimed at consumers will offer 10,000 titles to 5 million subscribers by 2010.”  He won, donating the $2000 prize to the EFF. Was this futurism, the random picking of potential paths by a random pundit? In his own analysis on a private list,

The video prediction wasn't the slam dunk people thought it was, judging from the comments on the website... the word profitable didn't make it a simple bet, nor did the audience size, but Netflix made it happen in time for me to win. I actually believe the world's network of DVR machines satisfies the claim, but that it was done by a centralized service is interesting, too. I read just the other day that Netflix is now fully 20 percent of network traffic in some measures at some locations.

For some supporting numbers, a study of online video reports that 69% of online users use internet video-- and two thirds of those are watching movies or TV shows, not just short videos. What I find more significant is that 14% "have uploaded a video to the internet" for others to watch or download. 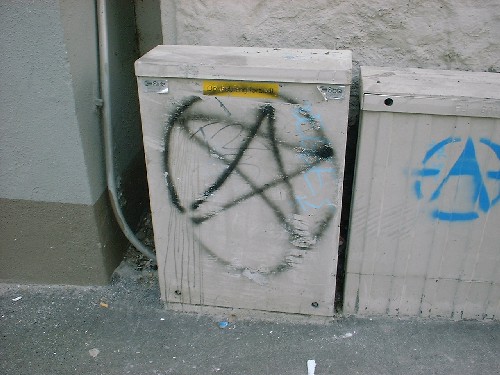 Here's how to predict the future. Be smart and understand what moves things. Jim noted a similar prognostication of his:

I am proudest of my most controversial prediction, made as it was before an audience shouting and actually throwing things when I predicted that streaming would eventually overtake downloading if it hadn't already. [...] It was supply chain analysis. Buffers -- whether caches of memory, warehouses, wallets or refrigerators -- are evidence of supply inefficiency, and we can easily foresee a day where those inefficiencies largely disappear, especially with regard to audio's modest bandwidth requirements. Today, as that day approaches for most and is reality for many, I think I am proven right.

I'm reminded of Henry Ford's comment that no one said they wanted cars before cars were invented, they said they wanted a horse that worked more and used less food.  The utility needed is the same: cover distance more easily, with less trouble to me.  Santayana noted "those who cannot remember the past are doomed the repeat it". The inversion of this is for prospective futurists is that the future will use the same models, needs and drives as the past.  The key is predicting what forms will arise to fulfil this.