Alex "Sandy" Antunes
After judging my fifth science fair (for this year), I've decided to share my secrets of a science-fair-judging scientist.  Appropriately, I made this as a Science Fair 3-fold poster.  At the risk of alienating Hank, the much put upon ScientificBlogging editor, I'm going to see if my poster breaks this article software.

But then again, I did say these were secrets.  So making them hard to blog about sort of fits!

Astronomy&Science every Fridays, The Satellite Diaries every Tuesday, and twitter @skyday 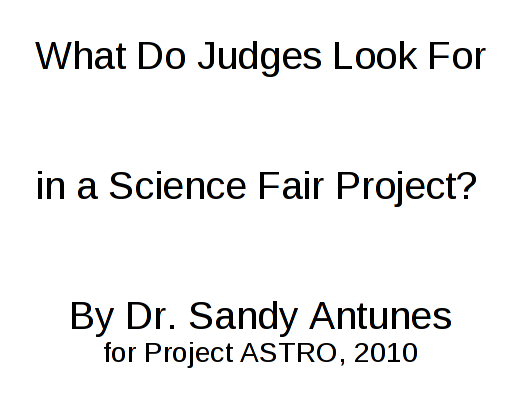 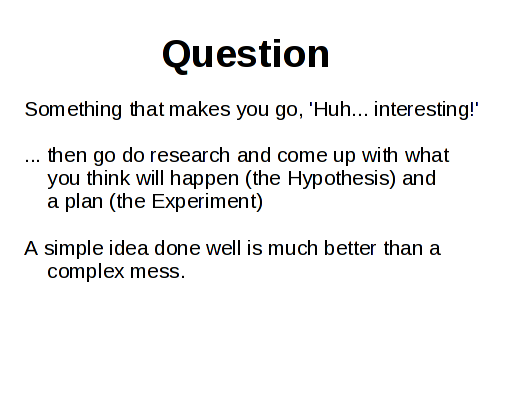 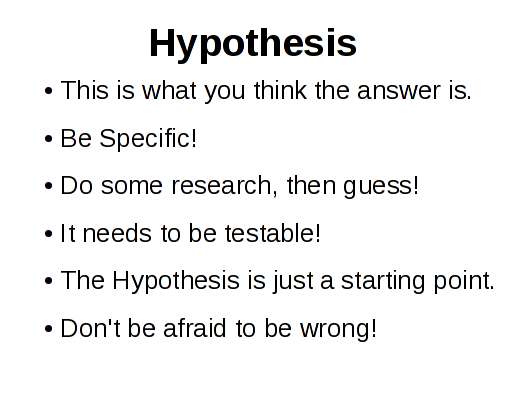 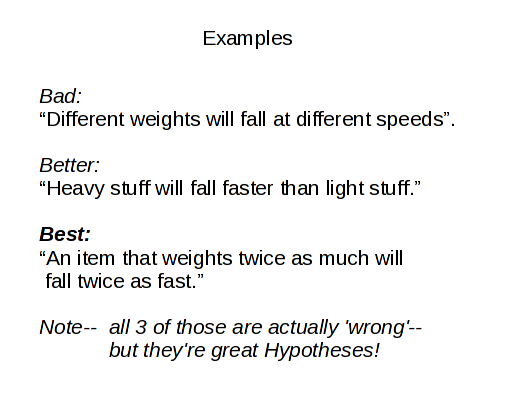 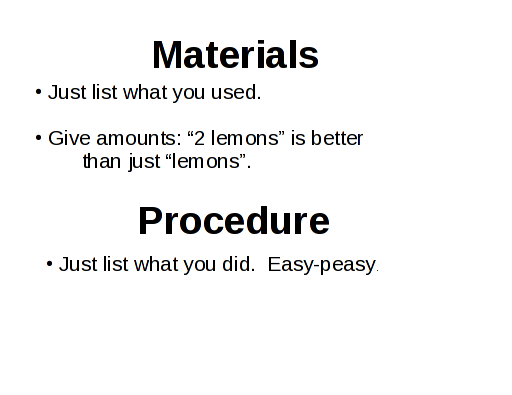 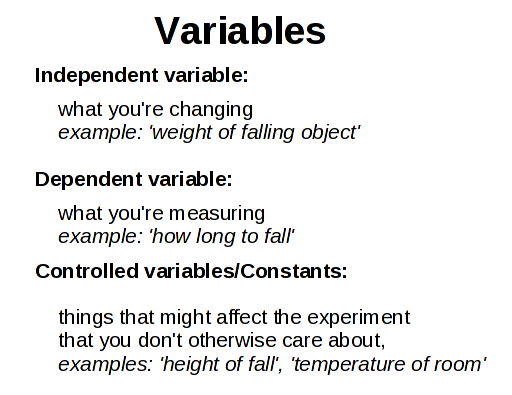 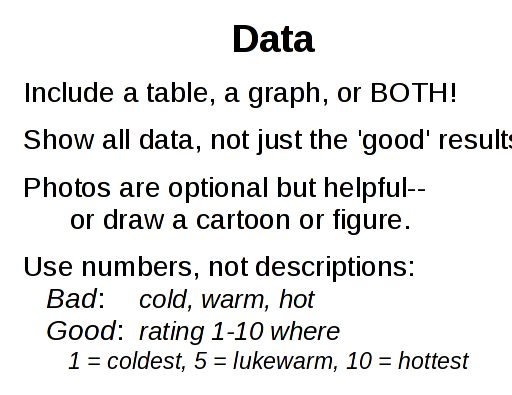 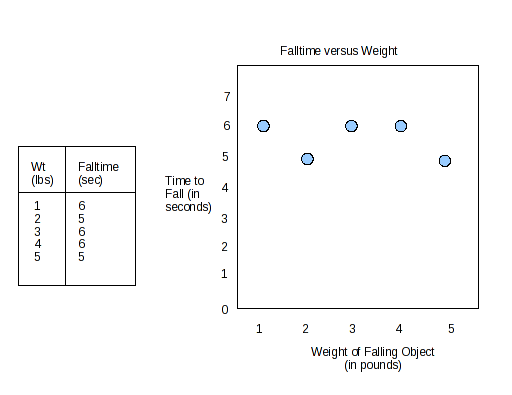 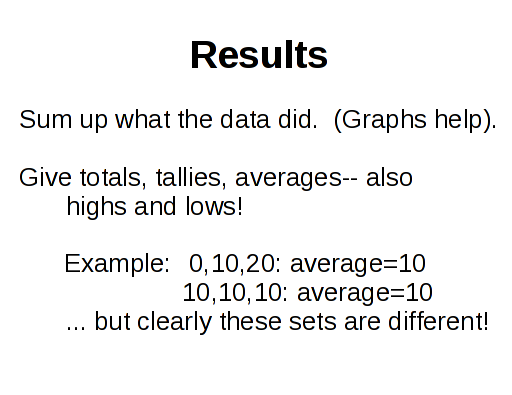 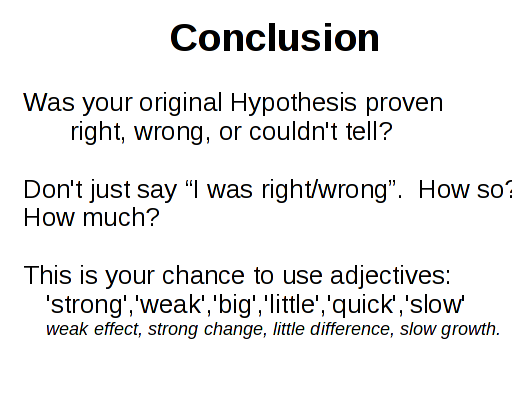 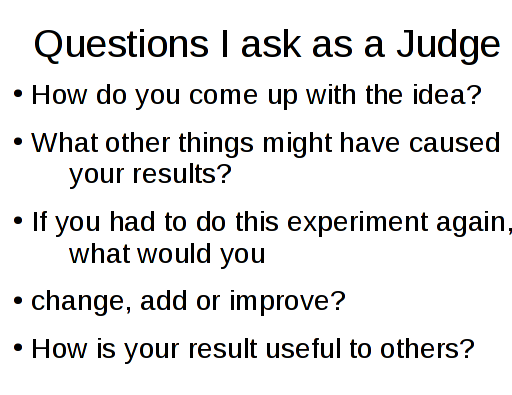 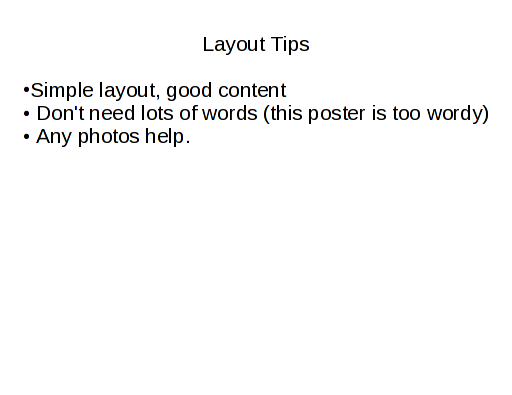 What Do Judges Look For in a Science Fair Project?
By Dr. Sandy Antunes for Project ASTRO, 2010

Question
Something that makes you go, 'Huh... interesting!'
... then go do research and come up with what you think will happen (the Hypothesis) and a plan (the Experiment)
A simple idea done well is much better than a complex mess.

Hypothesis
*  This is what you think the answer is.
*  Be Specific!
*  Do some research, then guess!
*  It needs to be testable!
*  The Hypothesis is just a starting point.
*  Don't be afraid to be wrong!
Examples
Bad:
“Different weights will fall at different speeds”.
Better:
“Heavy stuff will fall faster than light stuff.”
Best:
“An item that weights twice as much will fall twice as fast.”
Note--        all 3 of those are actually 'wrong'-- but they're great Hypotheses!

Materials
*  Just list what you used.
*  Give amounts: “2 lemons” is better than just “lemons”.

Conclusion
Was your original Hypothesis proven
right, wrong, or couldn't tell?
Don't just say “I was right/wrong”.  How so?  How much?
This is your chance to use adjectives:
'strong','weak','big','little','quick','slow'
weak effect, strong change, little difference, slow growth.

Questions I ask as a Judge

*  If you had to do this experiment again, what would you change, add or improve?

*  How is your result useful to others?


Alex
Astronomy&Science every Fridays, The Satellite Diaries every Tuesday, and twitter @skyday
The Daytime Astronomer
More Articles All Articles
About