Alex "Sandy" Antunes
Do you know what a creepmeter measures?  Measurement is the heart of science.  What distinguishes science from opinion or philosophy is measureables.  The root of science is facts that are determined by actual observation, compared, then extended into predictions.

Any good measurement has three parts: the number value, the units you're using, and the error.  If I say I am 6 feet tall, that's a number (6) and a unit (feet), with a presumed error of 'within an inch or two'.  All three parts are crucial.

If you want to know how fast your car is going, a number can be a useless answer.  My car's speedometer shows both miles per hour (MPH) and kilometers per hour (KPH).  I trust it's accurate to within a few MPH (or a few KPH).  If I just read a number, though, I could be in trouble. 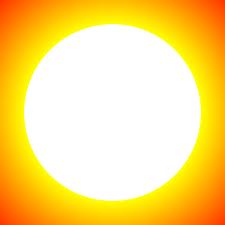 One question I ask my physics students is what can you measure on the Sun?  We often think of the sun as a big glowing yellow ball in the sky, but the Sun is a complicated entity.  Think about everything you might be able to measure.  We'll get back to it in a moment.

While you're thinking, look at the sun using the NASA's 3D Sun iPhone app.  Playing with a digital sun can be as interesting as a game.  Twirl the sun around, look at different layers, and let it sink in that it's all real.  Everything you're looking at is real data from the STEREO spacecraft.

Still thinking about measurements of the Sun?  Your opinion might change if you also note (as these SOHO images show) that the Sun is both active and rotating.  It's more than a big yellow ball in the sky.

While you're making your list of everything you can measure about the Sun, here's a look at things-- solar and not-- that engineers use to measure things.  A peek at the Wikipedia list of measuring devices reveals the insane number of existing gadgets for measuring things.  Here's just the list from A to C:

There may be 'more things on Heaven and Earth' than we can measure, but there's no shortage of devices to measure by.  Finish your list of sun measureables yet?  Just off the top of my head, I hope you included size-- aka volume, distance to it, mass, and temperature.  Density and surface area are worth noting.  Also, it's rotating, so measure that.  Also light output, perhaps broken out by spectrum (amount for each 'color') all the way from radio through visible light and up to X-rays and gamma rays.  Particle emission, too.  Temperatures, obviously.  Chemical composition-- what elements exist, including its metallacity (defined as 'everything other than Hydrogen, H, and Helium, He).

You can derive values such as its gravity (from mass) and its age (from a variety of things).  The sun is moving through the galaxy so you can measure that.  The sun is joyfully complex.  Given the sun has layers, we'll want to measure all these properties at different layers.  The rotation is at different speeds at different distances from the equator, and in fact most of the things you measure change with time as well as where it occurs in the sun.  Add in transient activity-- loops, flares, CMEs, and other brief yet potent events.  The wonders never cease!

If you want to be boring, though, you can always fall back on the most basic of measurements: size, mass, and whether it'll set you on fire or not.  Just ask Brewster Rocket!