Erin Richards
Since their discovery, stem cells have been hailed as the ultimate answer for crippling and incurable diseases such as Alzheimer’s, Parkinson’s and other conditions that leave vital organs like heart or nerves damaged beyond repair. Researchers from the University of Cambridge, under the leadership of Professor Austin Smith, Director of the Wellcome Trust Centre for Stem Cell Research at the University of Cambridge, recently published a paper(1) detailing a new technology that can transform adult stem cells into induced pluripotent stem cells (iPS). This technique is able to reliably reprogram adult cells into iPS rapidly and can forego the need to rely on mammalian embryos to generate pluripotent stem cells.

Working with stem cells has proved a much greater challenge than foreseen, however, as both scientific and ethical challenges confront stem cell research from all sides. Stem cells are tricky to work with and although they are indefinite, can stop dividing at any time. The best stem cells are also the cells with the least amount of differentiation (or development). These cells occur during embryonic development and the harvesting of such cells results in the death of the rest of the embryo. The resulting loss of the embryo is the cause of the ethical dilemmas concerning the usage of stem cells and the development of stem cell research.

Embryonic stem cells have a great deal of potential but the restrictions put in place for federally funded research projects have limited their use and the controversy over the ethical issues has consumed a great deal of time in the science community.  This ethical dilemma can be bypassed altogether if adult mammalian cells are reprogrammed to form iPS, which are cells almost identical to those from embryonic stem cells but which come from adult tissue instead of embryos, and the same results can be obtained. 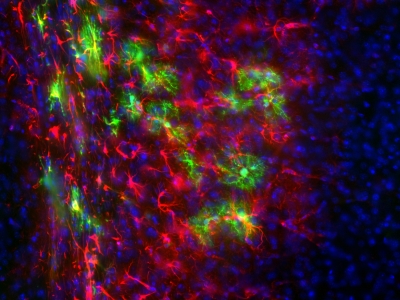 The technique for reprogramming relies on the usage of a combination of chemical inhibitors provided by Stem Cell Sciences, a company providing commercial use of stem cells and stem cell technologies. These chemical inhibitors, including use of enzymes MEK and GSK3 in combination with a cell growth promoter and leukemia inhibitory factor (LIF) provide the key to transition fully differentiated adult cells into cells that are indistinguishable from authentic embryonic stem (ES) cells.

"This proprietary technique greatly facilitates the simple, most reliable and efficient route to obtaining authentic induced pluripotent stem cells and will form the basis for the industrialization of iPS cell production,” noted Dr. Tim Allsopp, Chief Scientific Officer of Stem Cell Sciences. “This is an important validation of the technology Professor Smith and his team have developed and Stem Cell Sciences is very pleased to be working with Cambridge University and Professor Smith's team on this important breakthrough."

Stem Cell Pathway: Smith's research centers on the  regulatory processes and machinery that govern self-renewal and lineage programming in stem cells. This picture represents the transition from an undifferentiated embryonic cell to different tissue cells.Credit: University of Cambridge.

This breakthrough of complete transformation follows on the heels of previous studies in which progression to iPS was limited and extremely inefficient. This process has greatly improved both the success and efficiency rate making a reliable source to generate iPS without depending on embryonic cells

Stem cells are unique because they have the potential to be any number of various cell types. They are undifferentiated cells, and if at the earliest stage of development, they have the ability to create a completely new individual. As such, they can be directed to make any number of useful tissues, including nervous tissue, heart tissue or a new liver.

Research with stem cells can help us develop procedures like gene therapy, testing drugs with lessened need for animal and human test subjects, genetic disorder correction and replacement of damaged tissues or organs. The possibilities are endless, applications in real world situations limitless and now the technology to propel us into the future of stem cell applications is very real.