Now, as many of you know, I’m a political centrist at heart, but because the country has drifted so far to the right, I’ve resolved to be a knee-jerk leftist – a flaming liberal, a yellow dog Democrat – until things come back into balance.

That said, it has NEVER occurred to me to demonize fossil fuels. Fossil fuel companies, yes, you bet, but the substances themselves, no. Nor have I heard other progressives diss oil and gas per se.

Did Curtis innocently (and stupidly) commit a straw man fallacy? Or is he deliberately trying to misdirect us?

Oil companies (drillers, refiners, distributors) have done much to formulate cleaner fuel blends, but for the most part only when forced to do so, e.g., by the Clean Air Act. What they have NOT done: Cap leaky wells. Stop the practice of burn-offs. Adequately secure pipelines. More strongly compartmentalize fuel ships. Eliminate spills from offshore platforms. (They’re quick to say some of the latter are more properly called “blowouts” – as if that makes the disasters more angelic.) 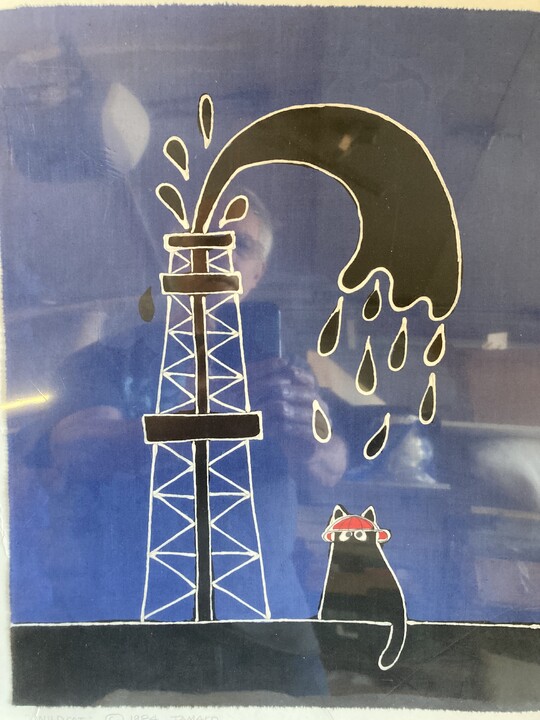 Are oil, gas and coal bad stuff? No, but petroleum companies do bad stuff with them. Must we wean ourselves from oil, gas and coal? Yes, because their use can’t be made completely clean. And we must wean from them faster that we would otherwise, because of all the things the companies didn’t do, when they had the knowledge and the chance. Which they’ve had for a very, very long time.

Should these companies be made to spend their huge profits on remediation, as demanded by the southern countries at COP27, just because they have the money? Surely not. They should be made to pay because they caused the problem. And perpetuated it.