Johannes Koelman
Three weeks of speculations have come to an end. Since this morning Verlinde's paper is available on arXiv.

I encourage you to give it a try. The article is well written and the math is limited to fairly basic stuff. This combination makes it a relatively easy read. Granted, the paper requires some more gray matter cells being active than the average “Hammock Physicist” blog entry, but for an average Hammock Physicist reader probably not by an insurmountable amount.

The crux of the article can be summarized in one sentence:

Subsequently, Verlinde takes a deep dive: if an acceleration is proportional to a temperature, it has all the characteristics of an entropic effect. Entropic acceleration results from the tendency of a system to evolve such that there is an increase in the minimum number of bits required to describe the system in all its details. Could it be that gravitational attraction results from nothing more than a growth in number of bits required? Verlinde argues that such is indeed the case. Key is that one needs to follow a holographic approach with all bits describing reality residing at holographic screens. 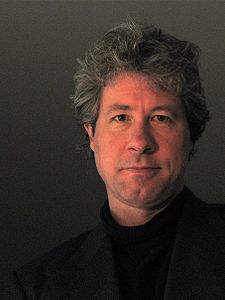 I think the relation to entropic effects is clearest in one of the Newtonian scenarios Verlinde considers: a given matter distribution that creates a gravitational potential. Verlinde requires the holographic screens to coincide with equipotential surfaces, and arrives at the conclusion that the bit saturation (the number of bits required to describe the system divided by the number of bits available on the screen) equals

represents the Newtonian gravitational potential. This bit saturation is a positive number that vanishes at large distances. If one shrinks the holographic screen whilst ensuring it keeps following the equipotential surfaces, the bit saturation keeps growing until it reaches a value of unity at which the screen is saturated with information. It can not shrink further, a black hole hole has formed with the screen representing its holographic horizon.

Verlinde goes further than Newtonian gravity. He discusses inertia, the equivalence principle, the Einstein equation, and also gives some hints towards implications for string theory.

The paper inevitably has somewhat a handwaving character, and provides a direction rather than a full theory. Yet, the direction is clear, and points to a novel horizon (pun intended) that is unexplored. I do consider Verlinde's arguments to be convincing. Verlinde is 'on to something', and it would not surprise me if in a short time frame we will witness a flurry of activity in this area.

A few more critical remarks: in most of the examples, I do not think the sign of the entropic force comes always out very clearly. Related to this is the question: how is the inside and the outside of a screen defined whilst avoiding any circular reasoning, and how to get a change in sign between attractive and repulsive effects. I am convinced that within the existing framework these questions can be answered in a satisfactory fashion. These matters are of paramount importance if one starts to address issues like: can one use this entropic approach to eliminate the need for dark energy ? Other more philosophical questions center around the emergence of time (and the good-ole 'arrow of time') from this entropic approach.

And, of course, the million-dollar question is: “what laws govern the bit dynamics on holographic screens?”