A new sewage treatment project in London discovered something in the mud of the Thames; the remains of a human, leg bones still covered by thigh-high leather boots.

When you say thigh-high leather boots it sounds much sexier than fishing waders, which are not made of leather any more because, let's face it, leather is useless in water and science improved fishing a lot. Archaeologists analyzing the remains say the grooves in his teeth were likely caused by rope, and that, plus his build, suggests his trade was fisherman. He was in his mid-30s, they estimate, so his death was not natural.

Still, no one waded into rivers to fish in thigh-high leather boots in the 15th century any more than they do now. They were expensive, just like they are now. How did a fisherman afford them? If he had been a mudlark, a river scavenger, could he have found the boots at some point? His body was positioned face down, which suggests misadventure, but over centuries shifting mud certainly could have moved a corpse. 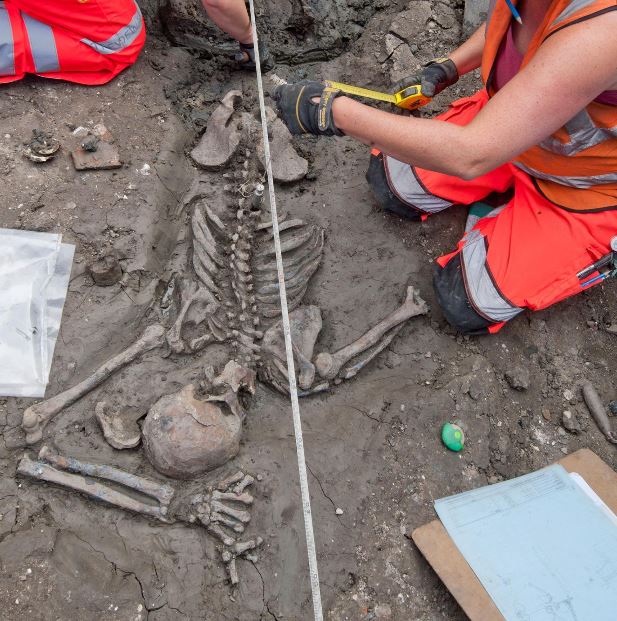 He had suffered a head trauma at some point, Museum of London Archaeoligy skeletal specialist Niamh Carty told Roff Smith of National Geographic, but that had healed before he died. Evidence of osteoarthritis lends more weight to the idea he was engaged in an occupation that had a lot of grueling labor, like being a fisherman 500 years ago.

Had it been a burglary attempt and they drowned him, they would certainly have taken the boots.

Since London is 2,000 years old, remains during construction are common compared to the United States, so we can expect more mysteries as excavations for the Thames Tideway Tunnel continue.
Science 2.0
More Articles All Articles
About