Hank Campbell
To the relief of the real science community everywhere, the era of Chris Wild is almost over at the International Agency for Research on Cancer (IARC). That means maybe they can get back to finding carcinogens rather than manufacturing them.

Or not. The concern about Dr. Elisabete Weiderpass, recently voted in by the 25 member nations, was never about credentials, because all of the short-listed candidates have excellent credentials. Even Dr. Chris Portier, clearly too unethical to get the job, looks good on paper. The concern was instead about perception. Being married to Harri Vainio, an activist who is a huge part of the credibility problem IARC has, means she might be dismissed as a poitical choice. That, and the damaged reputation IARC now has, is a deep hole for her to emerge from.

Portier and fellow trial lawyer collaborators like Martyn Smith of Berkeley, along with numerous others in IARC during the Wild years have crushed the legitimacy of the organization, and what could have been a signal to the world that 'IARC is back' was an outside choice.  IARC claims to represent the world but the only time a non-European has run it was the first Director, Dr. John Higginson. America leads the world in science output, in adult science literacy, and Nobel prizes. Asia has never led the group. Yet the only person they could find was the wife of the ultimate IARC insider? A choice so predictable I called it 6 weeks ago, without knowing a single person inside the organization? Instead of taking the opportunity to fix things, they went as safe as could be. 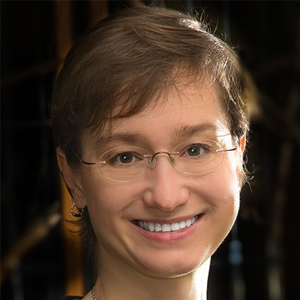 But there may be good news. While committees inside member nations may have patronizingly chosen her partly under the belief that Vainio will be the real power behind the scenes, she has the title now. She can do what she wants, which includes cleaning house. So here are three recommendations if Dr. Weiderpass doesn't want to be the director who turns out the lights on the group:

(1) Purge the activists. Under Wild, IARC was allowed to capriciously declare that any researcher who got corporate funding was not allowed on working groups - but if you were paid by anti-science activists like Environmental Defense Fund or trial lawyers, as both Chris Portier (behind the ridiculed glyphosate claim) and Martyn Smith (behind the ridiculed toast and french fries claim) were paid, that was not considered a conflict of interest. Scientists are overwhelmingly ethical - that Wild claimed any who got a corporate science grant were not ethical was a sure sign he was the one who had something to hide.

(2) Stop conflating hazard and risk to get media attention. When challenged, IARC claims they assess hazard, not risk. But in their media kits they will mention risk dozens of times. The dose makes the poison, except in IARC press kits written by epidemiologists who can't figure out the difference between correlation and causation. If I tell you a chemical in Scotch is harmful, that will make you worried. But if I tell you it takes 10,000 shots of Scotch to get enough of that chemical to be harmful, you will relax. IARC hazard assessment considers 1 and 10,000 to be the same. That is not good epidemiology, it is certainly not science.

(3) Be transparent. The big problem IARC faces is its use of "secret science." In my examination of their finding on diesel emissions I was startled at how little they wanted the public to know about the process. If your work can't survive being exposed to the light, it is simply not scientific. If IARC was transparent, the public would learn that by blocking out the most qualified academics - those who get hired by industry to solve the toughest problems - they created a landscape where the academics left over are evaluating each other's papers. How is that not going to result in bias? Transparency solves that problem.