Hank Campbell
After suffering 80 percent losses in sugar beet crops due to the yellows virus, and now being free from the EU's activist-dominated politicization of science, the UK has decided to put a halt to the 80 percent decline and reverse course for crops before farmers went bankrupt.

The EU had already beaten them to it. Their experiment banning neonicotinoids in 2018 have been disastrous and countries from Denmark to France had already brought them right back - an 'exemption' from the ban that will last indefinitely.The Guardian did what it could to try and undermine the science for the alternatives-to-science companies that fund it but failed. The evidence could not be denied.

The war on science never ends, though. A new paper invokes bees yet again, but with inability to claim they are dying they claim dosing bee brains with unreal levels of pesticides causes them to...lose sleep. You would lose sleep also. The dose makes the poison, as Paracelsus said. Yet in the real world these levels of neonics are not possible for any insects unless they trip and fall into a vat of it. 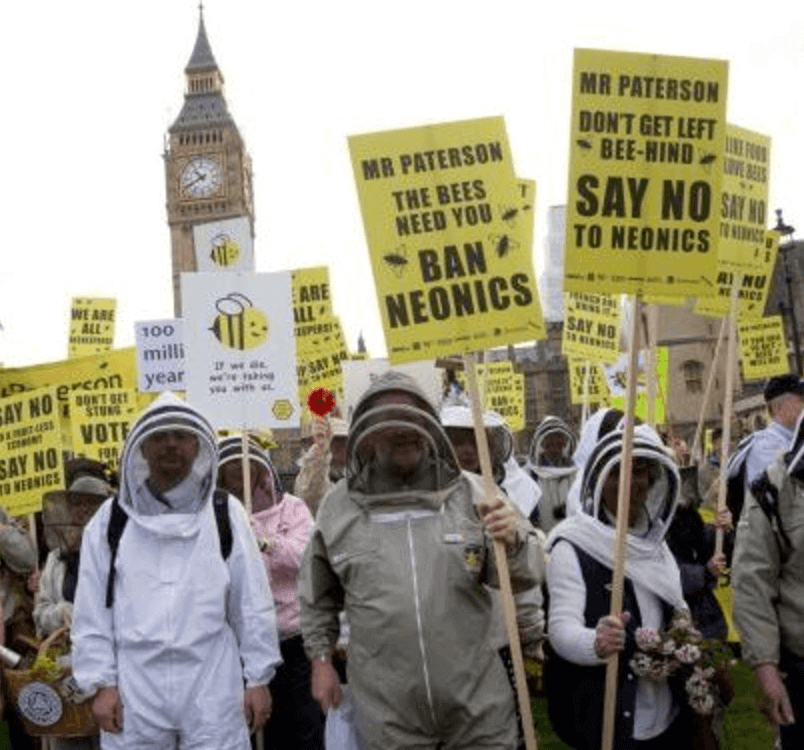 Far too many anti-science activists who are really just partisan operatives claim to care about the environment - and so do far too many academics. If 2020 accomplished anything positive, it was that it dragged these people kicking and screaming into the pro-vaccine world (Robert F. Kennedy, Jr. and organic industry employees notwithstanding) and they need a kick in the pants about food and chemicals next.

The short version of neonicotinoids is that they are crop protection treatments for seeds. Scientists created them to protect plants but also off-target critters, like bees, and the environment, by using a natural basis and reducing need for mass spraying, meaning less environmental impact. Sprouts are when plants are most vulnerable to pests and seed treatments protect them then. Activists argue that residues still impact bees but there is no evidence for that, there is only correlation. Correlation is easy to create. We exist in a world where parts per quadrillion can be detected. We can literally detect anything in anything now, if we want to scare people about any chemical. So activists blast insects with supernatural levels of chemicals, look at the effect, and then claim any trace can do the same thing over time. Yet that is not true. Your cup of coffee is not "bioaccumulating" the way lead can, nor are neonic pesticides or Roundup or anything else government scientists approved and re-authorized after exhaustive studies. Claiming otherwise isn't science any more than people in science who oppose vaccines use the presence of soreness after a shot to claim that the vaccine is causing brain damage.

Yet that is what this paper in a pay-to-publish journal did, only even more suspicious. Fruit flies given unrealistic amounts of pesticides had sleep disrupted. Then they used fruit flies as proxies to claim the same about honeybees. Entomologists who care about public trust in science can't be happy they did that. The authors intended it because their very first reference is to fringe crank Dave Goulson, which is like quoting Andrew Wakefield on vaccines. Their claims are a daisy chain of otherwise unfounded propaganda, including that pesticides at even 1 part per billion are ruining bees.

The authors even readily admit science is not their goal. "Neonicotinoids are currently banned in the EU, and we hope that this continues in the UK as we leave EU legislation," said Sean Rands, Ph.D, an adjunct professor at the University of Bristol.

What? So it's not about bees, they are just a proxy to get bans. Academia has people with an agenda that is not the public good, just like government does. In neither instance should policy claims be repeated by journalists without recognizing that politics may be the goal rather than science.
Science 2.0
More Articles All Articles
About