Biofuels Are A Negative For The Climate And We Can Thank Environmentalists For That
By Hank Campbell | December 6th 2019 03:00 AM | Print | E-mail

Hank Campbell
When Al Gore was Vice-President in 1994, he forced the U.S. EPA to mandate ethanol in gasoline by breaking the Senate tie in favor of environmentalists who had been pushing ethanol as 'sustainable biofuel' for decades. His vote forced gasoline manufacturers to include it despite science concerns it would drive up food prices and increase pollution. While biofuels were and are a viable field of study, the concern was that dumping money into corporate subsidies was going to hold progress back.(1)

In the real world, the environmentalists were just pushing, as I have written previously, their 'anything but...' agenda, to undermine whatever they are raising money being against during any given campaign. They said ethanol was awesome and it would replace evil nuclear and coal (they got nuclear killed that year also) until it was implemented, and then it was bad. They did the same with natural gas, endorsing it until it overtook coal.(2)

But once it's done, it is harder to undo, no matter how bad things might get. So environmentalists turned on ethanol but the Obama administration converted over 5 million acres of conservation land to corn production anyway.(3) And ethanol is still with us, as are the concerns about its impact on the environment.

The problem is no different for the new biofuel darling of the environmental movement, wood pellets. 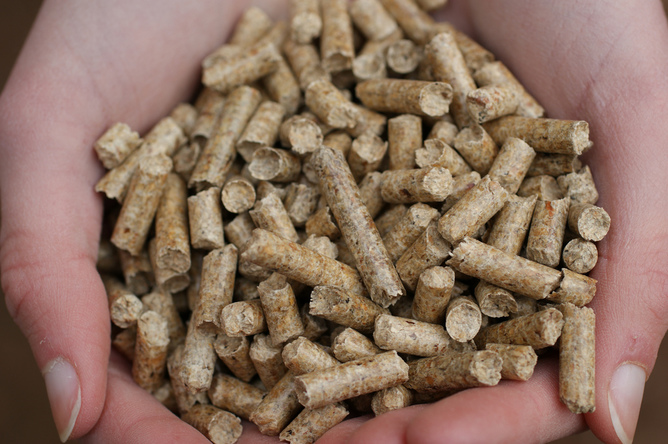 A new analysis finds that the IPCC (Intergovernmental Panel on Climate Change - the United Nations body considered the world leader on climate issues) is making the same mistake politicians do; believing that government mandates and subsidies will still result in an upward curve of innovation. Their models ignore the high carbon footprint and excessive land use of biofuels by pretending a miracle of capitalism will still occur in a landscape dominated by government control.(4)

IPCC computer estimates predict that biomass energy could be 26 percent of primary energy by 2050 and it will be better because trees will lead to wood pellets burned for energy and the carbon emissions from that will be captured and stored.

The authors of the new paper instead argue that it needs to decline, for a few reasons.

Burning wood is a climate negative.

Burning wood pellets is not a low-carbon solution to coal, it is instead what they call a "double climate problem." Right now, Europe can pretend it has declining emissions while burning more wood because the rules it created charge carbon from the wood it burns to the country that produces the wood. Of course that is just a political shell game. In real emissions, chopping down wood and shipping it on boats from the developing world to fuel Europe is ridiculous, but IPCC estimates use Europe's self-provided claims rather than science reality.

It's too much land, especially compared to nuclear and natural gas.

Solar impacts a lot of land, but wood and corn ethanol are even worse. Agriculture has been fantastic about lessening its strain on the environment, the science has advanced so much that if the rest of the world accepted science like the U.S. does farmland equivalent in size to the country of India could revert to nature without losing a carrot. Why wipe out those gains by growing more corn or wood or grass to burn?

Even solar, as poor as it is, provides 50X the energy from a piece of land than biomass can, though obviously nuclear is the hands-down winner when it comes to energy density per square foot. However, environmentalists hate energy science even more than they hate almost all other science so nuclear is a non-starter in most countries.

By throwing money at biofuel now, we penalize basic research.

Who knows what the energy world of 2050 will look like if government gets out of the way? We would have had 4th generation nuclear already and perhaps ethanol would be a lot better if we hadn't rushed to prop up the past. That is what IPCC models are doing when they advocate for biofuels. Governments listen to the IPCC, they are building numerous new wood pellet plants because they think if IPCC is behind it, there is valid science there.

There isn't. It's wishful thinking about the future. The minute government mandates and subsidies are introduced, progress grinds to a halt. Just like happened with solar, dumping taxpayer money into corporate salaries for companies using existing technology meant little incentive to change.  And punitive taxes on everyone who couldn't afford solar. So we have poor people in Oakland paying higher costs so residents of Malibu can get rebates on their million-dollar solar solar systems and elites can pretend they are saving the planet.

It's doing nothing to help the environment, in the meantime natural gas has clobbered them all in reducing emissions - so much so that American energy reduced energy emissions by 2017 to below what the proposed Clean Power Plan would have mandated by 2025. Ethanol is even worse for the poor than solar, because everyone is forced to pay, but IPCC shouldn't encourage governments to make wood pellets the biggest disaster of all.

(1) The Obama administration did the same thing with solar panels 15 years later. The hubris of politicians who love big government is they think they can solve problems that have challenged scientists for 50 years by just writing large government checks to politically allied CEOs and saying it's to compete with China. American taxpayers lost tens of billions of dollars when inevitable bankruptcies followed, and solar is still reliant on subsidies today. Solar is the US Post Office of the energy sector except the Post Office was never able to get the tax on email they wanted, whereas solar forces poor natural gas customers to subsidize solar installations that cost tens of thousands of dollars and up. TANSTAAFL!

(2) Vice-President Gore is at least honest in his self-reflection, unless he is an even better politician than we imagined. He later said he only did it to get votes in Iowa as preparation for the 2000 election, the usual scientization of politics. If true, he is simply mercenary, which casts many of his other beliefs into doubt, but it is still better than being a clueless dupe about energy.

(3) He did so while overruling government scientists and refusing to approve 400 miles of new pipeline in a region that has 20,000 miles of them already, claiming he wanted to protect the environment. Really, he needed to prop up his $70 billion in solar panel subsidies.

(4) When I was a young guy in the physics software sector, some companies said Japanese subsidies were going to create world domination for them and we would have to do the same. Successful companies got the Republican-controlled House of the time to ignore pleas of second-rate players who wanted to cripple their competitors in order to compete. If government had taken over the Internet, we'd be paying a dollar a minute for AOL and RAM would be $100 a gigabyte.
Science 2.0
More Articles All Articles
About