Hank Campbell
A Centers for Disease Control and Prevention analysis of five years of death certificates (2011-2016) found that among drug overdose deaths 29 percent were due to fentanyl by 2016, a huge leap from 4 percent in 2011, when oxycodone was most dangerous at 13 percent.

Heroin was second (25.1%), cocaine was third (17.8%) and methamphetamine was fourth (10.6%). At basically irrelevant levels were legal prescription painkillers, which makes the federal government's ongoing war on legitimate pain patients seem all the more bizarre. Andrew Kolodny, of Physicians for Responsible Opioid Prescribing, continues to insist we have a prescription drug problem, though the new results suggest his beliefs may instead be a desire to keep discussion of one aspect of a problem ongoing in order to stay important to regulatory agencies.

Science may solve the issue where posturing has not. Synthetic opioids are so dangerous because they are so powerful, which means an error in manufacturing or dose can easily be fatal, but new monoclonal antibodies - due to a vaccine - have shown to be effective against fentanyl and carfentanil. Their findings could combat opioid addiction as well as reduce overdose deaths. 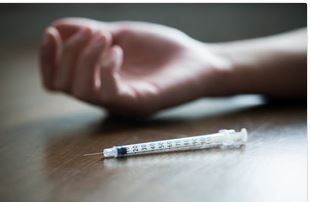 The study was in mice, so there is a long way to go before it might be for humans (mouse studies can only ever exclude a problem or benefit for humans, they can never show either, so rodent models should always be considered exploratory only) but it was intriguing; a mouse whose tail is heated feels less pain on an opioid and therefore waits longer to pull it away. Mouse given fentanyl had much lower ability to sense pain while the opioid-blocking antibody mitigated the analgesic effects, measured by time before tail movement.

Mice administered the vaccine and given what should have been a deadly dose of fentanyl were also protected.

An additional benefit could be for first responders who may accidentally inhale fentanyl. A prophylactic measure could even help drug sniffing dogs, but first the researchers want to develop human antibodies.
Science 2.0
More Articles All Articles
About