Hank Campbell
Food fraud is common. Probably 25 percent of imported food with an "organic" label is just conventional food and even in America some organic farmers are just selling regular food. In Europe, everyone knew that Russia was not magically producing all of the organic food they were selling to France and Germany so those companies could pretend it works to feed the world.

Organic food is the largest source of fraud but not alone. Olive oil was often fraudulent long before the Clinton administration made organic food legitimate. And nearly as long has been seafood. Not only may that salmon not be "wild caught" - elites want to know that oceans are being depleted by day laborers for their dinner - even that Grouper you ordered is probably Asian catfish. And at some point when you ordered veal you got porked. You just didn't know any better.

Still, if you pay a premium you should get what you overpay for, and there is some new help in seafood. While corn takes a $50,000 machine to detect if it's normally grown corn or the organic process elites choose, a new paper says a map of ocean 'chemistry' can help consumers know they are getting what they are paying for in seafood, much like chemical footprints are used in beef and other land-raised foods. 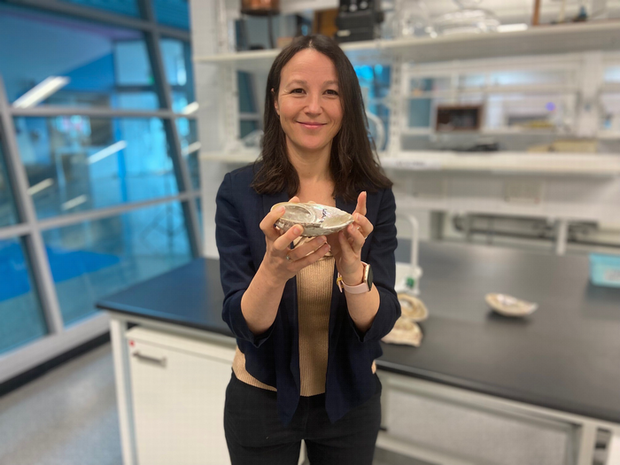 As you know, chemicals in bones and shells are determined by the ocean environment, and obviously not all oceans are the same. Using a chemical fingerprint can tell you where food may have been caught. So if you don't like a country - for example, a giant chunk of European shoppers refuse to buy anything from Israel - the chemical map can tell you what brands not to buy.

Don't origin labels already do that? That's the problem. Just like Russia will happily sell Europeans fake organic food and China will do the same to the US, the sketchiest countries won't have meaningful controls. If you want to know you are supporting the fishing industry in southern Australia the chemical map can help determine if the fish is instead from Indonesia and mislabeled. More importantly, knowing labels are fraudulent can make consumers alert. If it isn't even the correct country you sure can't trust that it doesn't have allergens or pathogens.

Is the map perfect? No, this is proof of concept, but when tuna was excluded, their map was 90% accurate. No company executive is going to jail over so little accuracy but they shouldn't anyway; a company executive is rarely signing off on fraud, they are believing their supplies. It does create a roadmap for accountability. In the US, President George W. Bush absolutely wrecked the illegal lumber trade by creating a rock-solid chain of control for furniture brought into the US. But another Republican had started responsible stewardship nearly a century earlier. Tools caught up. So this is a good beginning.
Science 2.0
More Articles All Articles
About