Hank Campbell
In past years there has been ongoing concern that not enough people got the annual flu vaccine.

The real vaccine deniers were more coastal elites who believed a discredited former doctor, Andrew Wakefield, who was interested in selling a competitor to existing vaccines, and used a tiny sample of hand-picked kids to claim that vaccines caused autism in a paper that was then retracted.

Who is buying their way to the front of the line for COVID-19 vaccines? Those same wealthy elites who believed Whooping Cough was a good learning experience for their kids.

The new trust in science and medicine has activist groups in a panic. The head of the Organic Consumers Association and the osteopath who has been fined millions by FTC for making supernatural claims about his supplements recently wrote a book claiming COVID-19 was manufactured by the Chinese government in order to drive wealth to rich elites. The problem with that is it's wealthy elites who are their customers. Poor people don't buy quinoa and Peruvian tree bark sold by Chris Cuomo and his wife.

Yet even the wealthiest organic shopper in Frisco got a flu vaccine this year, and that is why some marketing groups, like OCA, are in a panic. Science is bad for business. For the first time on record, nearly 70 percent of survey respondents had already gotten one or were going to get one. 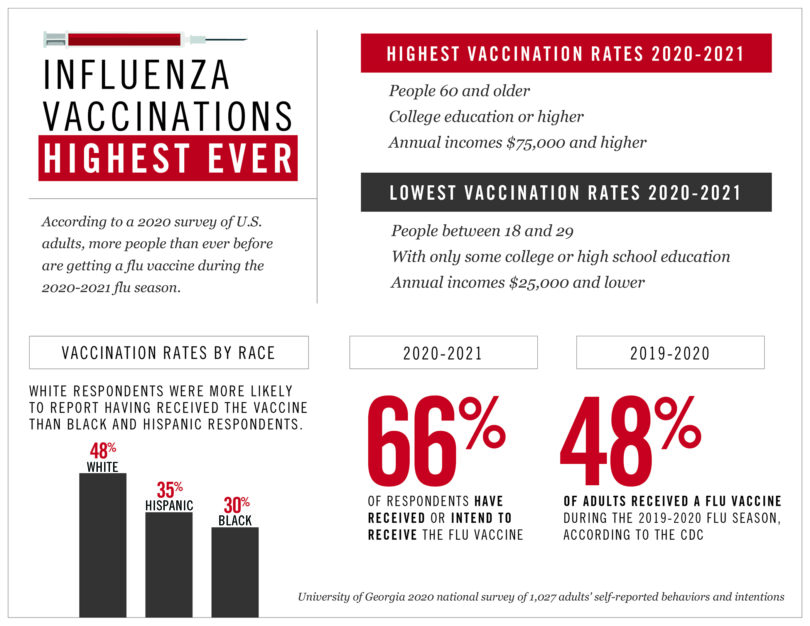 That cut across socioeconomic and cultural strata. More educated people still led the way, as you would expect, but it is good news that the wealthy and the poorest are not outliers in science acceptance this year. In past years, the poorest could not get time off of work to get one, and perhaps they didn't think flu was a concern. The wealthy, on the other hand, routinely think "oxygenated herbs" will protect them because celebrities endorse them, so it is good they that have seen the light.

Well, the light that didn't come from perineum sunning, anyway.
Science 2.0
More Articles All Articles
About