Hank Campbell
A new paper seeks to take some of the guesswork out of subjective "sustainable" diets. Activists like True Health Initiative try to claim that a meatless diet is better for human health and the environment, for example, but their corporate sponsorships lead to skepticism. Claims about the emissions impact of meat production are often exaggerated by 700 percent. Environmentalists have never visited a farm if they think all grazing land could be growing tomatoes.

Likewise, a paper in a publication named Environmental Justice is going to be more fundamentalism than science, but there is one thing it gets right; we waste a lot of food. What they leave out is most of that waste is produce, not meat.

Their math is fuzzy, they claim a nebulous arbitrary standard would lead to less environmental "degradation" of 38 percent, without a valid definition of what is actual degradation and what is just their belief system codified into a call to action.  Or it could be 28 percent. When your estimates have a swing of almost 50 percent, you are guessing.

Yet we know there is a great deal of food waste. The people hurting the most during the COVID-19 pandemic are not cattle ranchers, it's produce growers. Restaurants waste a tremendous amount of food and with them essentially closed - few people order a salad and pay a delivery fee - vegetable revenue has plummeted.

Salad is not an event. 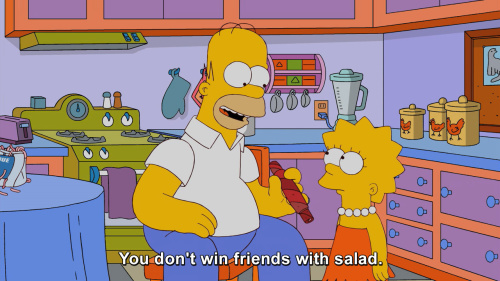 Most commercial produce is bought and discarded within two days. It can't even be given to food shelters or homeless people without the paperwork costing more than the food. So it gets thrown out. And home buyers have always bought too much. People overbuy salad ingredients because they think they should. It is an aspirational purchase. And then it stares at consumers from the special refrigerator bin, judging them, until it is clearly dead and goes into a landfill.

Yet even with the waste, we're still eating too much. Obesity is approaching smoking as the number one lifestyle risk factor for disease. The modern world is great, there is no Population Bomb, no Soylent Green. Not only is no one in the U.S. starving, poor people in America can afford to get fat in a way only the rich could just 100 years ago. Yet despite what lawyer-run "consumer" protection groups claim, it is not McDonald's or BPA in can linings that causes obesity, it is that food is affordable when we still have a biological mandate built into us that makes us 'wonder when our next meal will be' the way our primitive ancestors worried.

The EAT-Lancet Commission guidelines written last year are not really evidence-based, they are as aspirational as buying salad thinking that will make you lose weight, but they at least got people thinking about how we will feed 10 billion people in 2050. And that led to a lot of calls to action for their causes by people who can fit everything into their causes. We need more government, they said, more court settlements, more warning labels, more subsidies for Food X and higher taxes on Food Y.

But science already has the answer and it doesn't involve mitigation, rationing, government intervention, or papers in humanities journals. Drs. Jennifer Doudna and Emmanuelle Charpentier just received the Nobel Prize in Chemistry for their CRISPR-Cas9 breakthrough, and the most important benefit it will have is in food production. We will be able to grow more diverse food locally with less energy, fewer fertilizers, fewer pesticides, and less water - as long as the same activists who insist modern agriculture is ruining the planet start accepting science and stop pretending environmentalism is opposition to progress. They should not mask their social authoritarianism with a veil of claiming to care about minorities or poor people. Poor people can make informed choices without activists treating them like they are stupid. Agriculture can give them those choices, and more affordable choices than ever, thanks to science.

What won't make minority populations or those in developing nations healthier is western elites telling them they need to be told to eat more leaves and nuts when what they want is to be able to have the choice to eat fewer leaves and enjoy a steak.

So a paper can push for people eating more apples, that's fine in the same way even more bizarre USDA nutrition guidelines are applauded by journalists but useless to 98 percent of the public, but we don't have to eat less meat to have a better environment. We could simply eat less everything. If we can remove our 'cultural DNA' proclivity toward getting fat, the legacy of food binges being punctuated by famine, we'll be healthier and just as happy. But going back to the diet Italian peasants had in the 1950s won't make us better off at all.
Science 2.0
More Articles All Articles
About