Hank Campbell
In 2019, the U.S. Food and Drug Administration went after  Valley Processing, Inc. of Sunnyside, Washington, along with the company’s owner and president, Mary Ann Bliesner, due to inorganic arsenic and patulin toxins at levels that can pose health risks to consumers. Arsenic can be found naturally in many fruits, of course, a known science fact to everyone but Dr. Oz, but at high doses can be harmful.

FDA also found filthy storage conditions. How filthy? The company makes juice for use in school lunch programs but stored its grape juice concentrate contaminated with filth and mold in off-site storage tanks and covered barrels outside for years. Despite knowing about the contamination, the defendants, which means 80 employees who presumably had children at some point, combined this juice concentrate with newer juices and shipped off the moldy mixture to consumers. Consumers were then getting it in brands like Langer, Safeway, Jamba Juice, and Kroeger.

U.S. District Judge Stanley A. Bastian has now sided with FDA and issued the decree which prohibits Valley Processing, Inc. from receiving, preparing, processing, packing, holding, labeling, and/or distributing FDA-regulated products unless and until it completes corrective actions. And can pass a health inspection. 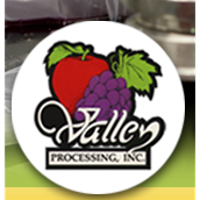 The company had already announced a sale to Prosser’s Milne Fruit Products so that Bliesner could retire, the owner said, but losing customers due to putting kids at risk is also a pretty good reason to exit the industry. They are not making any juice now, at least, and kids are not back in schools in many places yet, so just avoid Jamba Juice if there is any chance they are storing this stuff the way Valley Processing did.
Science 2.0
More Articles All Articles
About