Hank Campbell
It's no secret to anyone with even modest command of history that America has long meant freedom. Every oppressed religion moved here, to the one country that did not have a national religion, separating it from the Anglican Church (imagine if the President got to approve the Bishop of Pittsburgh!) or any of the countries in the Holy Roman Empire.

That didn't stop religions that moved here from engaging in their own oppression. Though Arabia and its allied countries feel like we are way too liberal, with not stoning gay people and letting women drive, to Europeans we are way too oppressed and conservative. That's because most of the Puritans and more stoic religions from Europe moved here. During the Salem witch trials, Puritans were clearly targeting those easiest to demonize, and their influence is still felt when it comes to smokers and the "repent or die" mentality about nicotine.

A hundred years ago today, the Volstead Act introduced Prohibition - a ban on alcohol. And while the Democrats behind it can say they were right (it did reduce alcohol consumption) it also created millions of "casual criminals" and very rich real ones. Organized crime became part of every community, health hazards due to black market booze exploded.

But data showed they were right in banning it, they noted. Alcohol was not completely safe, they said, and it was addictive. Young people thought it was cool to rebel using it. Companies created flavors people like. Therefore it had to be banned for everyone.

You can see a lot of similarities in the modern arguments against vaping. How dare companies make a product people with flavors people want instead of selling pure nicotine? Anti-vaping groups concede it might be safer than cigarettes but it is not safe. We have to ban it for the children. 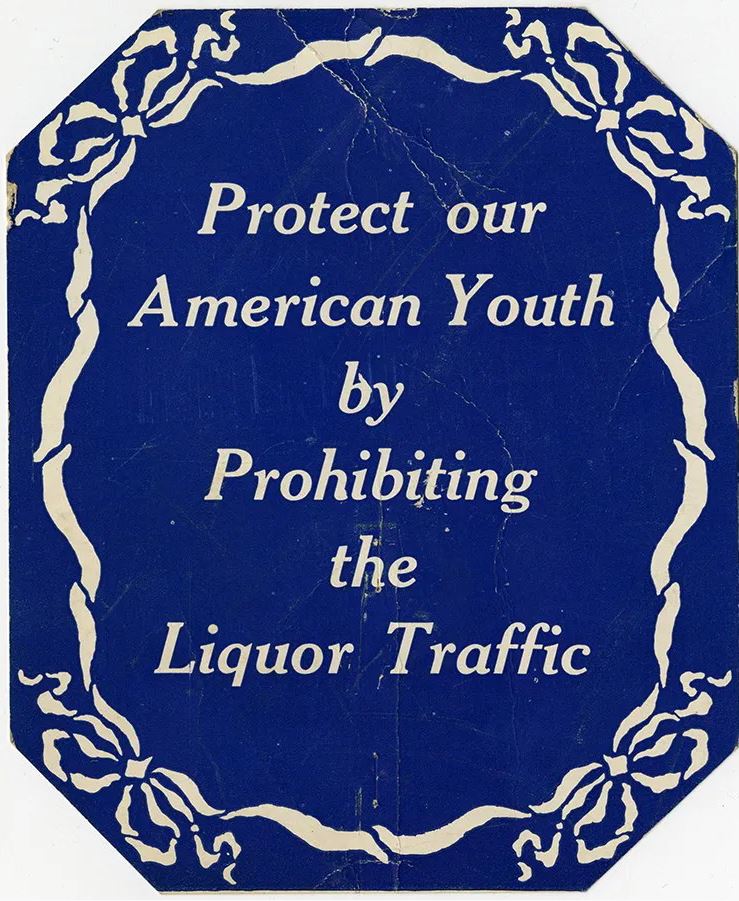 We now know that Prohibition was a spectacular failure but we clearly didn't learn much from alcohol then or marijuana 50 years later. Our modern Puritans, with the American Lung Association and Tobacco Free Kids taking the place of the Woman's Christian Temperance Union, have an irrational hold on our Centers for Disease Control, who have shown their compliance by accepting any methodologically poor survey that can be massaged to fit their goal - and the goal is to ban nicotine rather than end smoking. They have jumped on illnesses and deaths caused by black market vaping products with calls to ban legal products with consistency in their quality and drive people toward ... the black market.

E-cigarettes trounce gums and patches because they are grass roots, not Big Pharma

The first electronic cigarette was invented in the 1980s by one of the researchers who also invented the nicotine patch, but it wasn't until a Chinese chemist vaporized nicotine in 2003 that they really took off. The thinking was sound; everyone knew it wasn't the nicotine that was harmful, it was the cigarette smoke. Yet nicotine is a factor in addiction, and another key aspect is behavior. Gums and patches satisfy the nicotine desire but are poor replacements for the social signals - that is why those are no more effective than hypnosis. E-cigarettes were a step closer to satisfying the nicotine craving and mimicking the behavior while eliminating 200 toxic carcinogens in smoke.

They took off among the smoking cessation community - people who wanted to quit smoking. Former smokers don't trust Big Pharma any more than they trust Big Tobacco, they did not want Johnson  &   Johnson or RJ Reynolds in control. They did not want the taste of tobacco because it reminded them of cigarettes so they did what the alcohol industry did and introduced flavors. Over time, many former smokers weaned themselves off of nicotine too, and just used flavors.

We're all right to hate cigarettes but banning vaping because of hating tobacco is like wanting to kill Stevia because you hate Coca-Cola. Results in UK and Japan show vaping is the best way to get rid of cigarette companies but in America we lump them all in as evil Big Tobacco. It makes no sense.

Matt Ridley notes in the Wall Street Journal that the U.K learned the lessons of Prohibition a lot better than America did. Because they acknowledge its health benefits, they regulate it, and because they didn't get Puritan about it, they did not make it cool among kids. Youth uptake there is almost nonexistent.

In 2015 I sent an employee to the White House to try and convince the Obama administration their scaremongering approach was wrong. At the time, there were so few "nicotine naive" (had never smoked cigarettes) people in vaping that the government dismissed our beliefs that a government campaign against it would make it a cool rebellion thing among youth. The government ignored our data and began its "Reefer Madness" tactics and now claim that the evil vaping business was targeting kids all along and only government will save us.

There are unethical stores, and always were, which is why we argued for a constructive regulatory process. Instead of adopting that approach, the government started treating everyone like criminals.

The Volstead Act turns 100 years old today but because we have chosen not to learn lessons from its history, we are dooming ourselves to repeating them yet again. The Puritans would be pleased we have found new witches to burn.
Science 2.0
More Articles All Articles
About