Hank Campbell
A new index of scientific output has been released and it finds that the United States continues to dominate in research, bolstered by the private sector accounting for nearly 70 percent of science funding, where most other developed countries instead rely on government.

The analysis factored in the number researchers as percentage of population, patents, papers released, and GDP spending.

To the science community, there will be few surprises. Though the casual public may regard China or India as science hotbeds, they instead either do lower level work or manufacturing. China, for example, has 80% fewer researchers per capita than the U.S while the U.S. had 20 times more inventions. It's only their gigantic population that makes them seem more prominent. Russia remains a non-entity, placing below Estonia, Slovenia and Luxembourg, instead funding environmental groups to undermine American science so they can get a stronger hold in Europe with their food and energy exports. At least they beat Argentina. 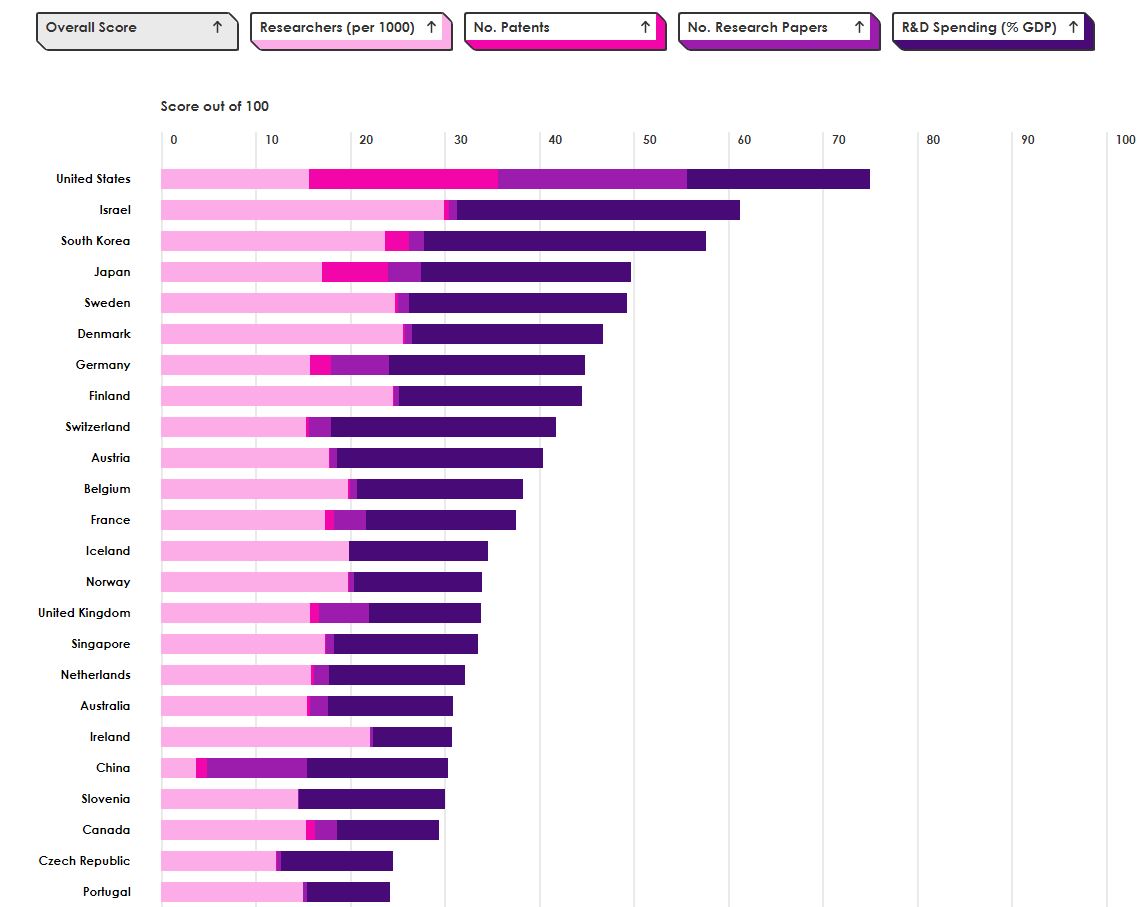 Russia is so backward I can't even get them in the image. But a little money goes a long way in promoting fear and doubt about science, which is where they have really shined when aiding activist groups using offshore donor-advised funds to launder the money.

United Kingdom has a surprisingly poor showing, below Norway, Iceland and even France, but during their time in the EU funding for domestic research actually declined. They say they are exiting to save money and if even 1% of the savings is devoted to R&D their science funding will nearly double.

Israel was set to make a splash by being the fourth nation to land a mission on the moon, and while that failed, its boldness is shown in how they lead the world in researchers per capita with 17 per 1,000, nearly double the U.S., and in GDP devoted to research. They punch way above their population weight.

The data are all sortable so you can filter according to your own favorite categories here.
Science 2.0
More Articles All Articles
About