Hank Campbell
Are you being monitored all of the time? You certainly are, by both corporations and the government. It just may not be obvious in the U.S., whereas in London you are filmed by government 300 times each day, and that concerns privacy advocates.

There is a reason that webcam companies do not make a camera that looks like a human eye, and that is partly due to not wanting to be the product reminding customers that if you can watch something, something can watch you back. It is also partly because of the "Uncanny Valley" - the discomfort we have when something we know is 'fake' looks too close to real. Such as the characters in "The Polar Express" or the AI robot Fiona in the television show "Silicon Valley."(1)

Not creepy is Kevin Spacey as Jonathan Irons Call of Duty: Advanced Warfare. It's obviously Kevin Spacey, which makes it cool, but also obviously a graphical representation, so no Uncanny Valley. 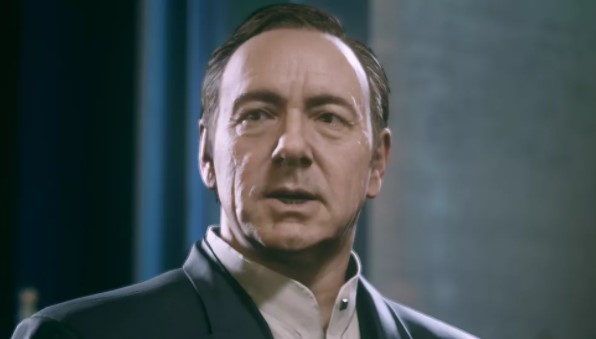 Marc Teyssier, PhD, and colleagues at the Human-Computer Interaction Lab at Saarland University in Germany wanted to not only look like a human eye but also imitate subtle facial movements we expect in humans but robots don't do well, such as slight eyebrow changes and blinking. And the result is the the anthropomorphic webcam "Eyecam." 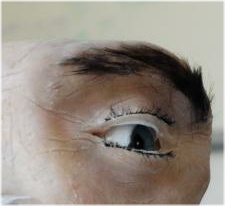 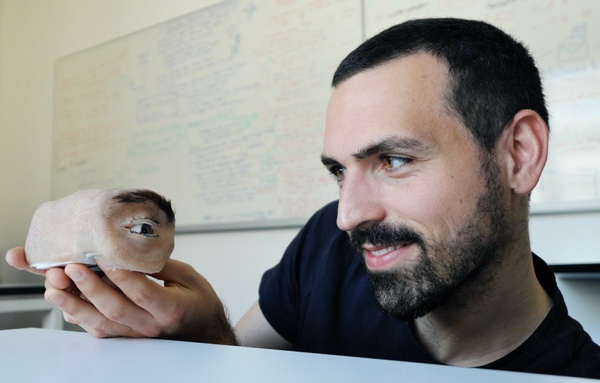 This is truly academic; no company insists its function and design be so obvious, the first toilet paper company to try that would be out of business. Yet it's still going to bring up questions we forget to ask over time and repeated exposure to casual spying technology, because Eyecam is just exaggerated enough to be obvious; it overtly tracks you with its gaze and if you have ever been in a coffee shop (remember those, from 2019?) and had someone follow your every move you know it's creepy. At night, the eye gets more droopy to remind you that you are probably getting tired.

"Our application scenarios are fictional and are intended to encourage people to think about how we interact with technical devices today, but also in the future. What is special is that we can experience and recreate our imagined scenarios with the help of a physically existing prototype," says Teyssier.

They are not kidding about wanting to get a discussion going. They even posted the blueprints so you can make your own Eyecam. Sorry, those who want their own Fiona. That is going to take a while longer.

(1) The uncanny valley is cultural. My children do not think the characters in Polar Express are creepy at all, it is instead quaint nostalgia, like the Ray Harryhausen special effects in "Mysterious Island" are to me, while in the "Silicon Valley" show it was not yet possible to create an uncanny valley robot for a modern audience, so it was a real actress, Suzanne Lenz, pretending to be an AI so close to human it was creepy. Without actually being human or a robot, which aren't going to be creepy at all. It was a difficult needle to thread, but Lenz did it. FX simply 'smoothed out' her facial humanity a little graphically, because there is still a gap between the thousands of things going on in a human face and what can be accomplished with subsurface scattering and morph targets. So even though Lenz was able to act robotic well, it took a computer to simplify her actual appearance enough it looked ahead of what exists today but not like a real person being robotic.