Hank Campbell
Why do clowns freak us out?  And why are robots cute until they look too much like people, and then then they creep us out?

It's our old friend the Uncanny Valley and it basically postulates that the more realistic something gets to a human likeness, the more repulsive it is.  I don't mean like realistic special effects as in "Wrath Of The Titans" - that giant, flaming lava hand of Chronos looks cool - but rather likeness when it comes to humanoids, be they zombies or robots.

The Uncanny Valley has long been known, but but finding that line has been experimental.  Technologists basically make things more and more realistic until people are creeped out and they compile statistics.  It is moderately interesting applied psychology for consumer research but not science.  However, now neuroscientists are on the trail, writes Elizabeth Landau on CNN.

First, he is a graphical primer on the uncanny valley:

The uncanny valley. Notice that if the object moves, the affinity or revulsion caused by the machine becomes much more pronounced. Photo Credit: AndroidScience.

Landau writes about Ayse Saygin, professor at the University of California, San Diego, who found something interesting in the neuroscience of creepiness: "The network that normally processes your body movements is more active when you view an android," compared with a stripped-down robot or a human, which could be because the brain has to combine conflicting information. 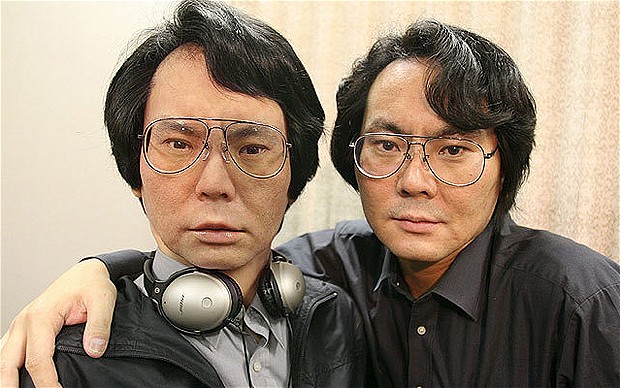 Is it because we know eerily realistic robots and most clowns look alive but we know they are not, and thus they play on our fear of death (or Jamaicans, in the case of voodoo zombies)? That's empathy, not science, but still worth considering.

Chris Rollins wrote about the uncanny valley being scaled by, you guess it, Japanese researchers.  Here is a video. Still too weird?  Or are people getting more and more accustomed as time, and realistic special effects, march on?