Hank Campbell
The last time the Russians went to war in Europe, it was the Cold War.  After World War II ended, the USSR wanted Germany to remain relatively weak. The US instead believed that part of the reason behind World War II was a Germany that had been too heavily penalized by other European countries after World War I.

After defeat, Germany had been divided into four sectors, controlled by America, Britain, France, and the Soviet Union and three of those sectors 'united' so that there could be a common currency, a new German mark, and goods supplied by the US under the Marshall Plan would bring stability. But the former capital, Berlin, was in the USSR sector, and the USSR wanted its section of Germany to be Soviet, and communism.

Prosperity due to capitalism is bad optics for communist countries so they began blockading Berlin by road the day after the new currency went into effect. Like most cities even today, West Berlin only had about 30 days of food and supplies. The Allies didn't want to go to war with the USSR three years after the USSR had flipped sides due to Germany turning on the USSR so they instead went to the air.

For 11 months they dropped supplies into the city using planes - and along the way brought kids happiness during a time of panic and fear. 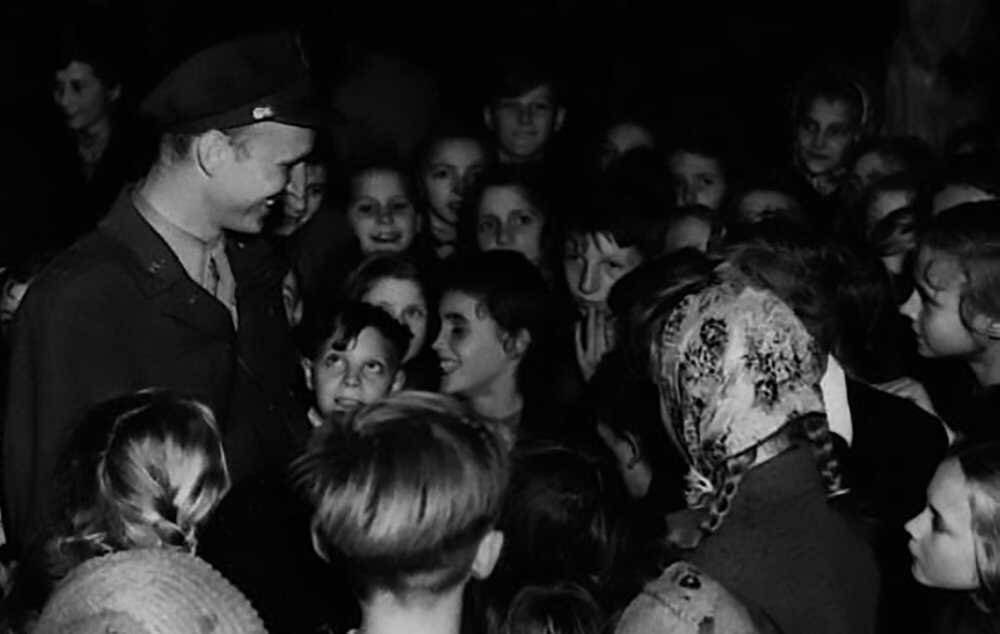 Chewing gum relaxes me, it apparently relaxes lots of people because humans have engaged in this kind of mastication for millennia. It also makes me feel like I have cleaner teeth and breath, but in talking with an acquaintance of mine she noted an older family friend said it makes her "happy." Surely she meant relaxation, I said, but she meant happy. It was nostalgia for a happy period in childhood during a dark time.

After Berlin was blocked by the communist dictatorship, Military Air Transport Pilots began the food and supply delivery work. One, Lt. Gail Halverson, started making tiny parachutes out of handkerchiefs and string and attaching candy to them. Military command had no knowledge of what he'd been doing but other pilots saw him making tiny parachutes and began to do the same thing. Once word caught on, kids in Berlin would gather at the air field where Halverson would drop them out. The lady mentioned as feeling happy when she chews gum was one of them.

Then newspapers covered the "Berlin Candy Bomber" and kids all across the US began devoting time to making candy parachutes. Companies donated the chocolate, chewing gum, and other sweets. Eventually dubbed Operation Little Vittles, the communist dictatorship protested to the State Dept. claiming that giving candy to kids "violated their propaganda agreement."

The U.S. did not agree and pilots kept dropping the treats. For Halloween of that year, pilots, including 100 civilian ones, even dropped candy to kids over 10 German cities just to show they meant it when they dropped them over Berlin.

After spending $350,000,000, about $4.2 billion today, and dropping 23 tons of candy, the US, France, and Britain formed the German Federal Republic, West Germany, and a month later the communist dictatorship in the east lifted the blockade around West Berlin. The Cold War had begun.

Halvorsen eventually received the Congressional Gold Medal from the US and the Order of Merit from Germany. A school in Deutschland was named after him. He later went on goodwill tours to deliver candy to kids from Albania to Guam. Imagine the memory of getting a treat from such a legendary humanitarian.

What stories will we get of humanitarian efforts in Ukraine? There are fun pictures of farmers hauling away disabled Russian tanks with their tractors but there are also quiet moments of kindness that get less attention, like mothers in Poland showing up at the train station with strollers for young mothers who were refugees from Ukraine and had been forced to leave with basically nothing. Most we will never learn about, until we hear a story later.

If it's a room to live in, a stroller, or candy, kids are often resilient, and they find happy memories even in trying times, and we can hope that there are many such stories still to come for kids looking at war right now.
Science 2.0
More Articles All Articles
About