Hontas Farmer
Assuming that alien life has to be like life on Earth is the safest way to scientifically search for evidence of it.  A recent paper on the arXiv by a research team from Oxford is likely to cause headaches for SETI.  In short it shouldn't since the Oxford team has made a basic error in the midst of a masterful application of statistical analysis.  When searching for the truly unknown one must assume as little as possible.   In theoretical physics the hall mark of a good theory is one in which the most testable implications follow from the fewest assumptions and adjustable parameters.   Such is true of most areas of science.  So too must this be true of astrobiology and searches for intelligent life.
In a paper "Dissolving the Fermi Paradox" (arXiv:1806.02404v1) Anders Sandberg, Eric Drexler and Toby Ord of Oxford Universities Future of Humanity Institute demonstrate the danger of assuming too much and doing so by implication.  Their mathematical techniques are intriguing and look sound on first reading.  I have not done a full review where I attempt to recreate their results, yet.  The goal of this blog is to get the rest of the media to hold their horses in reporting on this.   Implicit in their analysis is a reliance on work done in search of extraterrestrial intelligence which believe it or not tends towards the conservative.

In particular they take issue with the way that the Drake equation is applied.

The Oxford team take issue with the way that the fraction that develop life and the fraction that develop intelligent life are estimated.   The problem is that conservative estimates of these fractions assume that life and intelligent life must be pretty much like humans.  Maybe in reptilian or avian form but following the same pattern of being bipedal tetrapods that live for about 100 years or so.  that they would take most of the habitable life of their planet to develop said intelligence.  In short that they would be like most of the aliens of the week on Star Trek.

The assumption that has to be questioned in the current instance is the notion that alien life has to be very much like life on Earth.  Even if said life is carbon and water based, breathes in an nitrogen oxygen atmosphere, and their planet has about 65% of the surface covered in liquid water it could be VERY DIFFERENT. 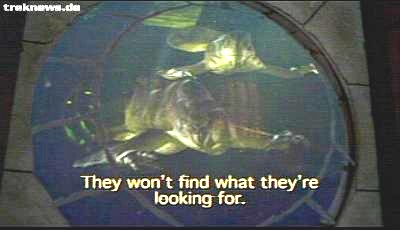 Failure to find extraterrestrial life can be  due to  the look where there is light effect.  We can only look for life based on the one example we have, even more so with extra terrestrial intelligence.  Much as a person looking for their car keys at night.  They can only look where the street laps illuminate the ground.

Masterful Mathematics
let me be clear, their application of statistics to this question is masterful.  Essentially, they have reviewed the published literature for data to back up their computation of the fractions  of planets that will develop life and the fraction where the life will become intelligent.   This is a sound thing to do . 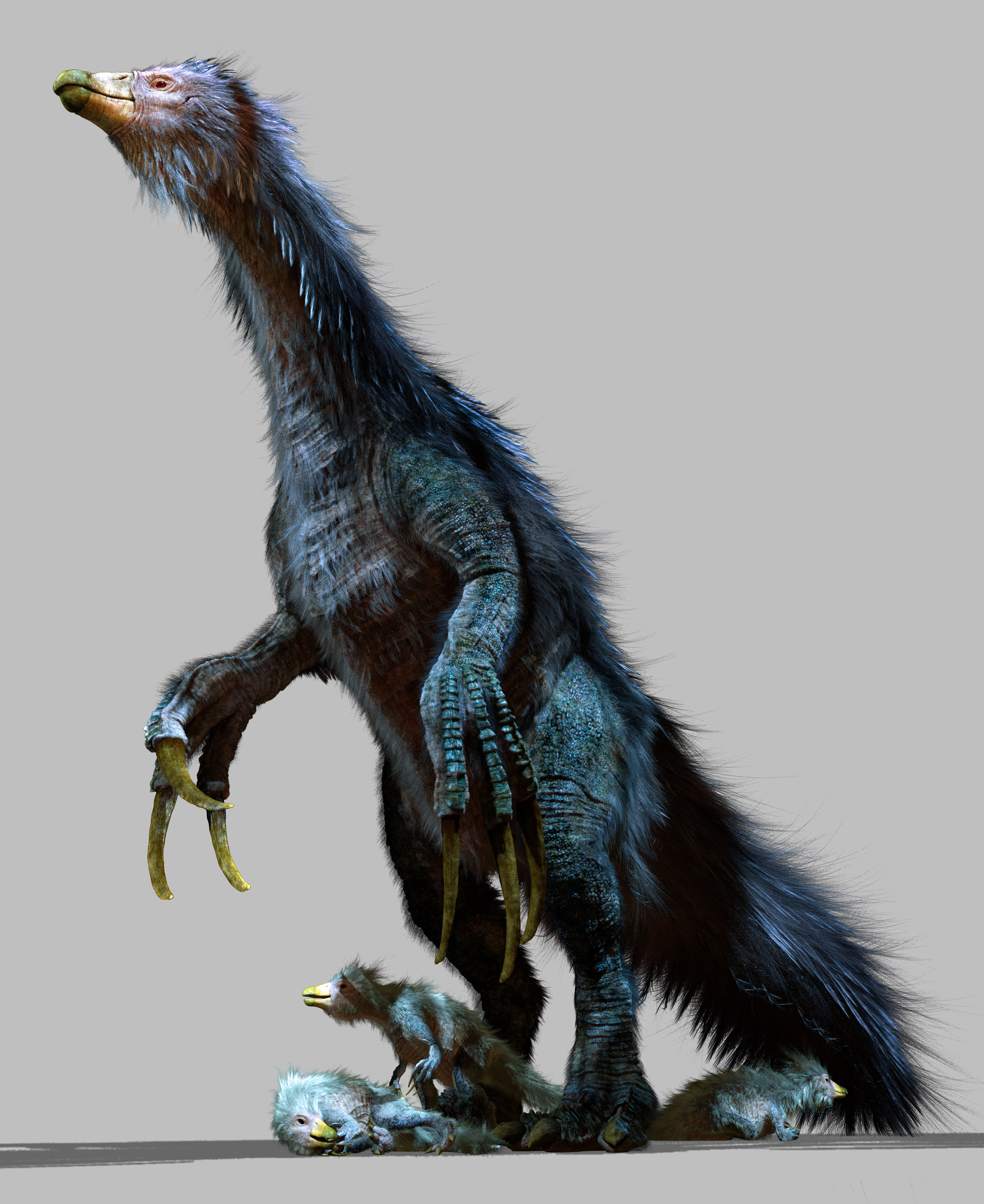 Again, I have not done a full deep peer review of their work.  On first reading it seems highly likely that they have simply chosen the most conservative, least imaginative papers to base their review on.  That is a sound approach to most things.  Just not to the search for alien life.

Consider the colorful history of life on Earth.  For 100 million years or so we had giant feathered, colorful looking things like Therazinosarus  and their kin walking the Earth.

Right now we have huge and rather intelligent creatures living in the sea, the cetacean whales which are known the be intelligent and who it seems possess a form of language.   These are creatures which share much of our DNA.  Creatures which have brains largely similar to ours.  Creatures with whom we share hundreds of millions of years of common ancestry.  Yet we cannot even be sure if they are speaking to eachother and trying to speak to us or just making noise as it seems a cats meow is.   Last but not least we found out within my life time that life can exist without sunlight.  Science books now write as if it was always a known fact that life could exist by deep sea vents and not depend on photosynthesis for energy.

Variables are the only real answer.

Given our level of ignorance about life on earth and within our own solar system much less in other solar systems all we can do right now is leave the fractions f sub l and f sub i as variables.  We just dont know enough to do anything more than solve for them in terms of the other known quantities.  f sub c the number of intelligence that develop a technological civilization should also be left as a variable.    For that matter, so should N.  If we do the basic algebra to put the quantities we know on one side of the Drake equation and the quantities we don't know on the other side we can at least solve for the ratio between these values.

Then flip the equation over

Just looking at the equation from another point of view** we see that we can actually say quite a  bit without assuming anything.  For simplicity we can assume that every star will have a planet of some kind orbiting it.  A planetary disk seems to accompany the formation of most if not all stars at some point.  Even in the case of very high mass stars, if they form via a disk-outflow model, as my MS thesis suggested (which was latter made into a published paper arXiv:1311.3983 10.4236/ijaa.2014.44053) then clearly their could be planets even around such stars.  Probably not life since the most massive stars are, as I tell students, the John Belushi's of space.  They are big and luminous and never stay around long enough.   Thankfully according to Harvard's center for astrophysics at least one sixth of stars will have at least one Earth like planet.  So there is no further need for speculation on my part.  Note, by "Earth like" they are referring to mass and distance from their parent star being located in the habitable zone.  As for L we can estimate that.  Based on  ourselves we have had radio technology that could broadcast and receive an extra terrestrial signal for the last 100 years.    Taking the rate of star formation to be one star per year.  Which is WAY too low.   That leaves us with the following inequality a lower bound on the number of extra terrestrial intelligences.

If the actual number of intelligence is equal to 17 then why don't we see them or hear them in our receivers?
The primary reason is that the Milky way is HUGE.  100,000 light years or about 30 kiloparsecs in diameter.  If we assume a circular disk is close enough to the shape of it, that gives each of those 17 species a whopping 462 million square light years of space to roam around in.  Given that area of the galaxy we could have all to ourselves it is unlikely we will ever happen upon living extra terrestrial intelligent beings.

Using findings from NASA on star formation and the number of intelligence goes to at least 119.  Each of which would have  66 million square light years all to themselves.
Given the sheer distances involved it does not seem reasonable to claim that we are the ONLY intelligence that is likely to exist.  Once we have had time for signals to reach us from  that entire area, which would have a radius of about 4500 light years and hear nothing THEN we can say we may be the only ones.  Until then we really don't know and at best we can speak in terms of bounding values and probabilities (even then being most optimistic we could perhaps know with only just slightly better than coin toss level confidence one way or the other).
In short I would advise caution about putting too much stock in any finding that is so final and certain  on this question.  The paper that stimulated this blog is well done, but the conclusion reached is a big leap based on our limited information.

__________________________________
** In things which would seem to have nothing to do with theoretical physics in the purest sense of the world I find it helps to retreat into the disciplined thought it requires.  Namely being willing to question everything to death, even yourself.